An Increase in Coastal Flooding Threatens the Global Economy 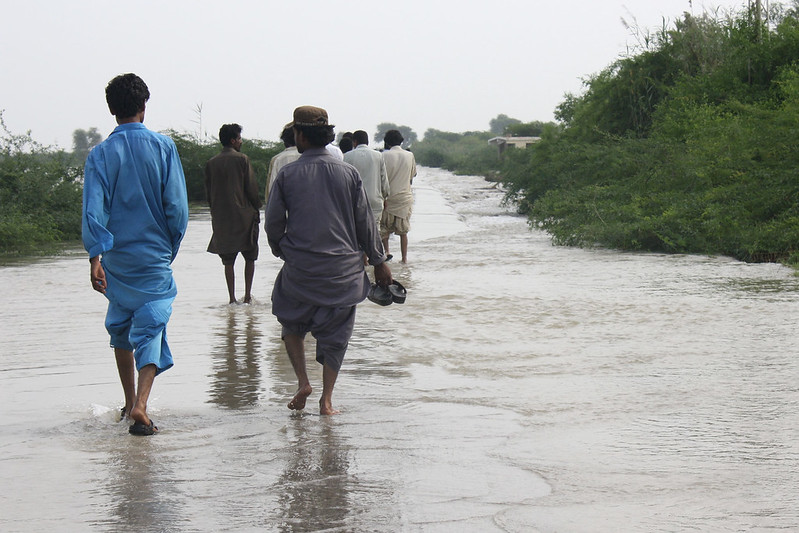 According to a new study, coastal flooding is set to rise by 52% throughout this century and threaten the global economy, risking assets worth 20% of global GDP, adding to concerns about how the climate crisis will affect the social and financial well being of the planet.

How does global warming affect the economy?

The study, conducted by the University of Melbourne and the University of East Anglia, found that climate change-induced sea level rise will significantly increase the frequency of coastal flooding by 2100; flooding associated with a present day “1 in 100-year event” could occur as frequently as once in 10 years, primarily as a result of sea level rise.

In the high emissions scenario of global warming, 0.7% of the world’s land area faces potential episodic coastal flooding by the end of the century, impacting up to 4% of the world’s population. In this scenario, land exposed to extreme floods will rise by 250 000 sq km by 2100, which would take the total land exposed to 819 000 sq km. More than 225m people will be at risk of flooding by the end of the century- an increase of 77m from 2020 levels. This would threaten an area with an economy worth up to USD$14.2 trillion, according to the estimates, or 20% of global GDP.

According to an analysis released in the journal Nature Communications, besides causing an increase in the frequency and severity of coastal flooding, ignoring the climate crisis could cause the global economy to lose between US$150 and $792 trillion by 2100 if countries do not meet their current targets to cut down greenhouse gas emissions. In contrast, it would cost G20 countries between $16 and $103 trillion to limit warming to 1.5 to 2 degrees Celsius.

However, the analysis does not take into account existing flood defences in places such as Rotterdam and Shanghai, ‘hence these estimates need to be seen as illustrations of the scale of adaptation needed to offset risk’, the report cautions.

2020 has been marked by several extreme weather events, from bushfires in Australia to heatwaves in Europe and floods in South America and Asia. Climate scientists have warned that existing temperature rises mean that many future events can no longer be prevented, and that the best course of action is to limit their severity and limit events in the long-term future.

Professor Ian Young, infrastructure engineer at the University of Melbourne and co-author of the report, says, “The sea-level rise is now already baked in, the glaciers are melting and they aren’t going to stop melting for hundreds of years. Even if we reduce our greenhouses gases today we’ll still have significant flooding by 2100. We’ve got to start looking at adaptation measures.” He points to engineering structures being developed in Holland and the relocation of at-risk populations, such as in Papua New Guinea and Alaska.

North-west Europe is particularly vulnerable to rising flood risk, while other hotspots include Australia, New Zealand, China, India, Bangladesh, south-east Africa and North America. The study illustrates that while many nations will feel the brunt of sea level rise, some, like north-west Europe, will have the resources to adapt, while many others, like Bangladesh and Pacific island states, will not.

Earth.Org has mapped the extreme flooding that more than 60 cities could experience by 2100 as a result of sea level rise. You can view these maps here.