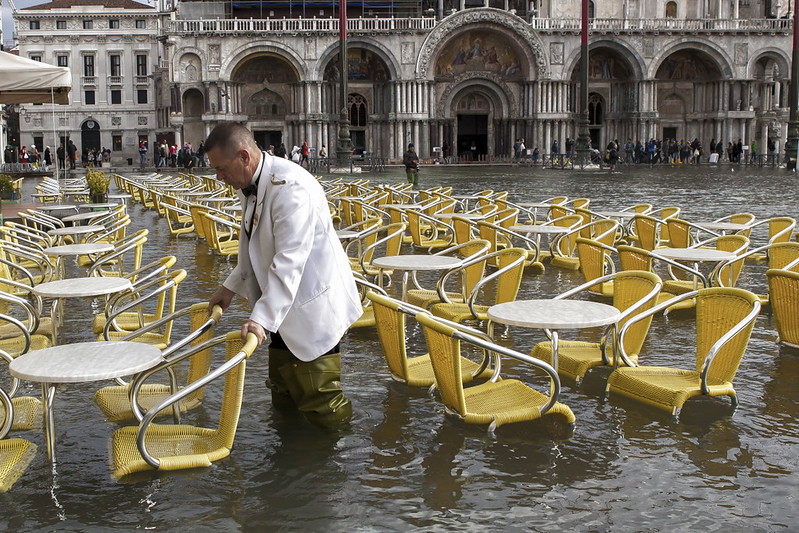 In early July, Venice tested its long-delayed flood barriers, in a public demonstration of the strength of the barriers months after floods swamped the city.

The multi-billion-euro Mose (Experimental Electromechanical Module) scheme, which was still incomplete a decade after it was due to come into service, has been plagued by corruption and ever-inflating costs. The test saw all 78 giant yellow sluice gates rising above the water for the first time, but it is not expected to be fully functional until next year. Once fully operational, the Mose flood barriers system is designed to protect Venice from tides of up to three metres, which is well beyond the current record, but some experts are concerned that it will be overwhelmed by the rising seas that recent climate change models have predicted.

Additionally, the test was carried out in ideal conditions, far different from the 100kph winds and three metre waves that struck the city last November. Further, while all gates can go up, not all can currently go back down into their housings on the sea floor, due to sand in the works.

In November 2019, the worst floods in more than 50 years submerged 70% of the city at one point and rose to over 1.8 metres in some areas. Venice’s floods, called “acqua alta” (high water) are caused by rising sea levels and unusually high tides due to land subsidence that has caused the ground level of the city to sink.

There are also concerns that Italy won’t be able to keep up with Mose’s astronomical costs, estimated at around €100m a year. Adding to the government’s borrowing to restart the economy following the COVID-19 pandemic that may push public debt to 160% of GDP, this may be an expense that is difficult to maintain.

To keep the sea level in the city from rising any more than it already is, keeping big ships out of the lagoon may help. However, Pietro Teatini, professor of hydrology at Padua university, believes that Venice should be lifted. He says that doing this by 20-30cm would help and to do this, seawater could be pumped into the already salty aquifers below the city. In 2008, it was estimated that a pilot scheme would cost €11.1m to launch and €1.4m a year to run; the full project around €80m and €10m a year. In comparison, the Mose scheme has devoured €6bn.