Indonesia to Receive $56m Payment from Norway for Reducing Deforestation 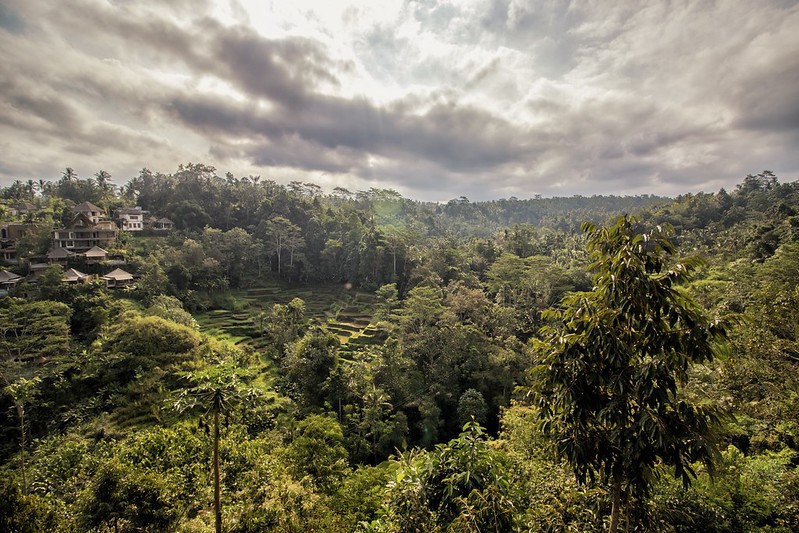 Indonesia is set to receive $56.15 million from Norway, the first payment based on the results of the Southeast Asian country’s efforts to preserve its vast tropical rainforests to curb carbon dioxide emissions. The payment is for Indonesia preventing the emission of 11.23 million tons of carbon dioxide equivalent (CO2e) through reducing its rate of deforestation in 2017.

“Indonesia’s policy reforms and strengthen[ing] of law enforcement have started to bear fruit,” the Norwegian ambassador to Indonesia, Vegard Kaale, said at a virtual press conference on May 27. “I’m very happy that in these 10 years of our partnership, we have verified that deforestation has gone down compared to the 10-year average.”

Øyvind Eggen, director of the NGO Rainforest Foundation Norway (RFN), attributed the significant reductions in deforestation to the exponential increase of “transparency in forest industry licensing and forest change monitoring.”

The payment marks the last phase of Indonesia and Norway’s decade-long cooperation in reducing emissions from deforestation and forest degradation, known as the REDD+ mechanism.

In 2010, the Norwegian government signed a letter of intention (LoI) pledging to provide $1 billion to Indonesia. In exchange for the funding, Indonesia would have to slow its emissions from deforestation, which accounts for the bulk of its CO2 emissions. Norway has similar agreements with Brazil, Guyana, Peru and Liberia.

The cooperation between the countries is divided into phases, in which the first two phases are about getting the rainforest countries ready to stop deforestation through changes in national legislation and frameworks.

Phase three starts when the rainforest countries manage to reduce deforestation, and that’s when the fund starts paying out, based on reduced emissions.

Based on the agreement letter, Indonesia was supposed to receive its first result-based payment as early as 2014, but there were some setbacks in the process.

In 2015, President Joko Widodo, who took office a year earlier from Susilo Bambang Yudhoyono, disbanded BP REDD+, the agency his predecessor had set up to coordinate the scheme.

Widodo delegated the agency’s duties and powers to the Ministry of Environment and Forestry. (The move was part of a wider restructuring headlined by the merger of the previously separate ministries of forestry and of the environment.)

It also took time for Indonesia to prepare a comprehensive integrated measurement, reporting and verification (MRV) system necessary to account for its progress in reducing emissions, further delaying the transition into phase three.

Last year, the Norwegian government acknowledged that Indonesia had succeeded in reducing its emissions in 2017, based on a reduction in deforestation in 2016.

According to Kaale, phase three will be about “paying for reduced deforestation.”

The money will be channeled through the Indonesian Environmental Estate Fund (BPDLH), a public service agency tasked with managing funds related to environmental protection and conservation. The agency was launched in October last year.

“We are in the process of discussing the timing and format of the first result-based disbursement and aim to complete this very soon,” Kaale said. “The actual disbursement will have to wait until the government’s environment fund, the so-called BPDLH, is operational.”

The Indonesian government is also currently calculating the amount of emissions it managed to reduce from deforestation in 2018 and 2019 in order to receive the next result-based payments from Norway, according to Ruandha Agung Suhardiman, the Indonesian environment ministry’s head of climate change.

The calculation will be made using a new methodology that takes into account reduction in emissions from peat fires.

“What we’ll do next is counting [the emission reduction] in subsequent years by using this new methodology,” Ruandha said. “Hopefully it’ll result in the increase in our emission reduction, especially from peat.”

With the 2010 agreement set to expire this year, Indonesia and Norway have agreed to continue their partnership. They are currently drafting a new agreement. Alue Dohong, the deputy environment minister, said the new letter would strengthen the partnership by including more efforts in protecting rainforests, such as the restoration of peat and mangrove forests as well as granting local communities the rights to manage forests under the social forestry program.

“In the first LoI, we focused in [reducing] deforestation and forest degradation,” he said. “Now we want to include peatlands and mangrove in the new partnership because we know that many of our peat restoration [efforts] are good, so they need to be rewarded as well.”

Ruandha said the continued partnership with Norway would help Indonesia achieve its target of reducing its emissions by 29% by 2030.

“The point [of the new letter] is how the result-based payment will be distributed on the ground so that we can really reduce our greenhouse gas emissions,” he said.

Teguh Surya, the executive director of environmental NGO Madani, said using the fund from Norway for community-based programs could be effective in combating climate change. He said the government’s social forestry program, which aims to grant local communities rights to manage 12.7 million hectares (31.4 million acres) of forests, could contribute up to 34.6% of Indonesia’s emission reduction target from reducing deforestation if it’s focused on areas with high risk of deforestation.

To ensure the fund would be distributed effectively and benefit local communities, Teguh said civil society groups and indigenous peoples needed to be involved in managing the environmental fund agency.

Kaale said both governments aimed to have a new agreement this year.

“We would welcome [in the new letter] ambitious Indonesian actions to reduce deforestation and for seeking the highest environmental standard for certifying reduced emissions,” he said.

Kaale added that the new partnership letter will take into account the progress of deforestation reduction in other countries where the oil-rich Scandinavian country has similar pledges, including Brazil.

“I think it’s important that you have to make individual adjustment,” he said. “We are starting on different levels regarding which countries you operate in. Take Brazil, for instance, where we stopped cooperation earlier on. We have since 2009 disbursed $1 billion for result-based payment. So that is the kind of example for the future.”

Environmentalists say the next stage of partnership between Indonesia and Norway will likely face formidable challenges and compete with business-as-usual economic and political interests.

To make Indonesia better prepared to face these challenges, Anggalia Putri Permatasari, a researcher at Madani, says that the government needs to continue with its current forest protection programs, which include a permanent ban on the issuance of permits in primary and peat forests, a three-year moratorium on new palm oil permits, and the social forestry program.

While Indonesia’s deforestation rate slowed since the particularly severe fire season of 2015, a study by the German chapter of WWF shows that the rate has climbed again in the first three months of this year.

The study, which analyzed satellite data from 18 countries compiled by the University of Maryland, shows Indonesia lost the most forest area, at more than 130,000 hectares (321,000 acres), a 130% increase over the average deforestation rate in the first three months of 2017-2019.

That means Indonesia still has a lot of work to do to meet its commitment to reduce emissions by 29% compared to the business-as-usual scenario in 2030, Anggalia said.

“Not to mention challenges or even threats that come from legislative efforts that could weaken forest and environmental protection regulations for the sake of investment, which is the bill on job creation that could result in Indonesia failing to meet its climate commitment,” she said.

Anggalia was referring to the so-called omnibus bill on job creation, a part of the government’s deregulation initiative aimed at attracting investment into the country. The bill has prompted warnings from experts and activists about the potential for ushering in greater environmental damage and conflicts over land and resources. It prescribes lighter penalties for environmental violations, scraps a requirement for environmental impact assessments for projects deemed to have low and medium risks, and lifts a requirement for all regions to maintain a minimum 30% of their territory as forest area, among other drawbacks.

And while the government has imposed a ban on new permits for primary and peat forests and a moratorium on new palm oil permits, companies that have acquired the necessary permits can continue to clear primary forests, according to RFN’s Eggen.

“Continued challenges include forest conversion licenses that routinely destroy primary rainforests in all high forest cover provinces,” he said. “The recent destruction of primary forests in Tanah Merah, Boven Digoel district in Papua for the planting of palm oil plantations is a clear example. Parts of this 280,000-hectare [692,000-acre] area designated for palm oil plantations by the previous forestry minister have been deforested as these licenses were issued prior to the moratorium.”

In the past few months, one company, a part of the Digoel Agri Group founded by a politically connected Jakarta family and now backed by an investor from New Zealand, has bulldozed 170 hectares (420 acres) of rainforest in a section of the project previously spared from land clearing, satellite imagery shows.

The clearance amounts to a fraction of the 280,000 hectares allocated for the project, now controlled by several different conglomerates. But it signals that deforestation could quickly accelerate after a decade of false starts by other investors.

“So the challenges continue,” Eggen said. “And it is not unreasonable to see these first 10 years as just setting the stage on which Indonesia, Norway and the international community will continue to collaborate and innovate to achieve Indonesia’s vision of deep reductions in deforestation and sustainable economies based on the rights and abilities of local communities.”