Invasive Species: How Concerned Should We Be? 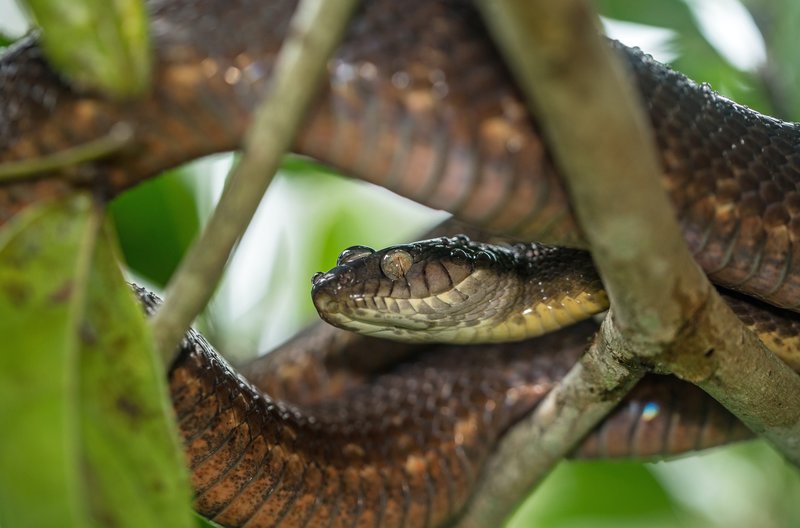 The climate crisis and invasive species are often studied as two independent threats to global biodiversity. However, studying the relationships and feedback loops between them can create a more complete analysis of how Earth’s natural systems are being changed and shaped by anthropogenic forces. An invasive species is defined as a population of species that have become established, permanent residents, in an environment that is not their native one, causing ecological and economic harm. Species very rarely ‘invade’ by themselves and are usually introduced by humans, often by accident. Despite only around 10% of introduced species becoming invasive species, the total cost in the US as reported in 2005 by ecologist David Pimentel is nearly $120 billion USD a year.

Since the mid-1800s world trade has grown over 140-fold. This increase in aerial transport and container shipping has increased the amount of biological matter getting transported around the globe. This is coupled by an overarching trend of poleward migration and emigration by multiple species, fuelled by an increase in surface water temperatures that are currently climbing by 0.18 °C per decade. Even if warming is not further exacerbated, that still suggests an increase of over half a degree by 2050.

Why are Invasive Species A Problem?

The impacts of invasive species are more widespread than just economic damage. One of the most studied cases of a singular invasive species and its impacts is the brown tree snake (Boiga irregularis) in Guam. It was most likely introduced by military traffic in the 1950s following World War II. By 1968 it was widespread across the island and has since resulted in the extinction of 10 native forest bird species. The consequential impacts of this extinction have been cascading ecological effects affecting native invertebrates and pollinators and has led to a decline in native plant species. From a social perspective the fear of snake bites must be considered alongside the loss of productivity resulting from multiple power-outages as snakes interrupt power lines.

What is the Situation in Guam Now?

As the situation in Guam unfolds this example can tell us a lot about how an invasive species might be impacted by the climate crisis in the future. Currently the brown tree snake population on the island is declining. This is suspected to be the result of the population of Brown tree snakes on Guam exceeding the carrying capacity (the maximum population size of the species that the environment can sustain indefinitely), meaning the population is not stable. In addition to this, a study published in the Biological Conservation Journal in 2005 suggested that the stress of overcrowding and competition for food resources limits reproductive ability. Even with this developed understanding, it is still unclear whether this will result in the stabilisation of the population or if it could create an opportunity for Guam’s naturally existing predator populations to recover, even temporarily. From an economic perspective, the annual costs of Guam’s brown tree snake research and management efforts are USD$7 million.

The Threat to Our Oceans

This is not only a threat affecting terrestrial biodiversity. Although increases in global mobility have increased the likelihood of introduced species becoming established on land, the link between the climate crisis and an increase in the number of invasive species might be most apparent in aquatic environments. Warming oceans allow species to create corridors across water bodies that may previously have been too cold for them to survive in. If the ecosystem they inhabit is vulnerable to a new predator and the majority of species are specialists (species that have evolved and adapted to be suited to a certain environmental niche), then it is likely to have large ecological consequences. For example, in recent years there has been a pronounced expansion of invasive thermophilic species to the central and western basins of the Mediterannean Ocean. This expansion has been intensified since the 1800s by the construction of canal pathways, in this case the Suez Canal.

The uncertainties of the climate crisis leave a lot of questions about the future of invasive species and whether ‘invasive hotspots’ identified in studies as areas vulnerable to increased numbers of invasive species will be realised. It is also possible that a warmer climate might eradicate some invasive species, particularly in isolated locations where they might be unable to migrate to more favourable climates.

As species migration surges as a result of the climate crisis, questions have been raised concerning the classification of invasive species. If a native species population migrates or emigrates further poleward to higher altitudes where they used to be absent, is this considered an invasive species? The consensus by scientists at this stage is that they will still be considered native unless they cause discernible damage to their environment, whether through seasonal migration patterns or by displacing the pre-existing species that occupied a specific ecological niche.