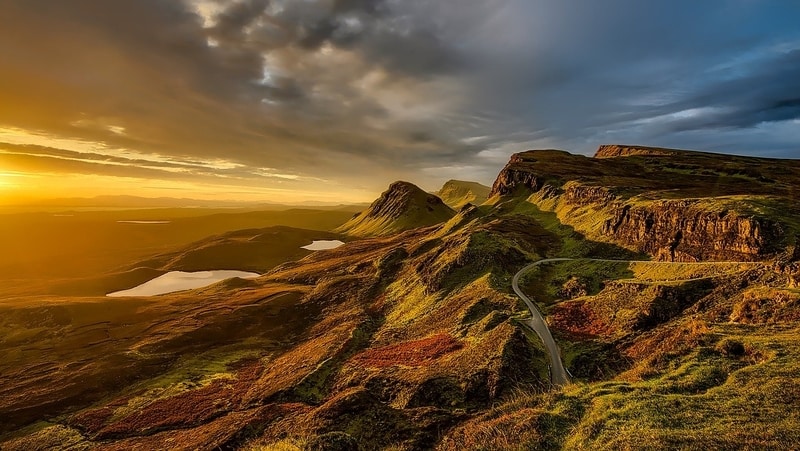 Around half of Earth’s terrestrial land surface remains relatively untouched by humans, a new study has found. Using a combination of recent global maps of human influence, researchers were able to calculate the average influence humans are having on ecosystems worldwide. These findings provide some hope for our ability to protect and conserve the regions of the world which, at this moment in time, remain relatively ‘wild’.

For as long as humans have existed they have impacted their surrounding environment. This era of human dominance has been coined the ‘Anthropocene Era’ by some scientists, who argue that Earth is being overwhelmingly defined by the actions of humans above natural processes. As the devastating effects of anthropogenic climate change unravel worldwide, it is hardly surprising that many people favour this view.

Whilst it is evident that mankind profoundly impacts the natural environment, being able to quantify this is more challenging. Initial efforts to establish the global extent to which human civilisation has impacted Earth began in the 1980’s when ‘wild’ areas were identified and mapped, with efforts progressing through the following decades.

They conclude that just over 50% of Earth’s land surface can be classified as having low human influence or being untouched completely, with a range of 48-56% depending on the type of human influence map used.

Ecosystems which still remain relatively untouched by humans provide a number of beneficial services to mankind such as supplying clean water and providing natural flood control as well as being able to protect against some of the impacts of climate change. One example of this is urban wetlands, which are being constructed in order to adapt to extreme weather events and flooding in urban areas, such as in Laos, by controlling water flow and filtration. These ecosystem services are also therefore crucial for improving overall human wellbeing.

For ecosystems which have seen significant levels of human influence, all hope is not lost. Certain agricultural practices such as ‘carbon-smart’ farming, which helps to restore organic matter in the soil and increase soil-biodiversity, can actually help to promote biodiversity rather than threaten it, whilst pollinators can thrive in urban areas. Therefore, these human-dominated landscapes can actually help mitigate the climate crisis and support biodiversity if managed effectively.

Protecting the world’s unscathed lands is beneficial for a number of reasons, the authors of the study note, as they are able to “help purify air and water, recycle nutrients, enhance soil fertility and retention, pollinate plants and break down waste products.”

Lead author of the study, Jason Riggio, who is also a postdoctoral scholar at the University of California, provides an encouraging perspective on leaving landscapes untouched, highlighting that “if we act quickly and decisively, there is a slim window in which we can still conserve roughly half of the Earth’s land surface in a relatively intact state.”

A key aim of the study was to provide insights for the 15th Conference of the Parties to the Convention on Biological Diversity (CBD), to be able to set specific and more ambitious targets to conserve the world’s ecosystems. The meeting was due to take place in China later this year, but has been pushed back as a result of the COVID-19 pandemic and is now set to take place between the 17-30th May next year.

Currently 20% of Earth’s terrestrial land surface is either classified as built up urban areas or cropland and with the global population expanding, this proportion will undoubtedly increase. Going forward, it is critical that we protect these ecosystems which remain relatively intact by ensuring conservation efforts are targeted and relevant. In the lead up to the CBD next year, ambitious targets are gaining momentum and the hope is that by 2050, at least half of the Earth’s surface will be conserved.

Human civilisations can still populate a landscape and have low influence over its environment but it is a case of taking a more balanced approach towards conservation efforts. The focus needs to be on ensuring that resource needs, along with the protection of ecosystem services and biodiversity, are secured. Professor Riggio raises the point that “achieving this balance will be necessary if we hope to meet ambitious conservation targets” but highlights that “our study optimistically shows that these targets are still within reach.”