Ivy Is Flourishing In European Forests Due To Rising Temperatures 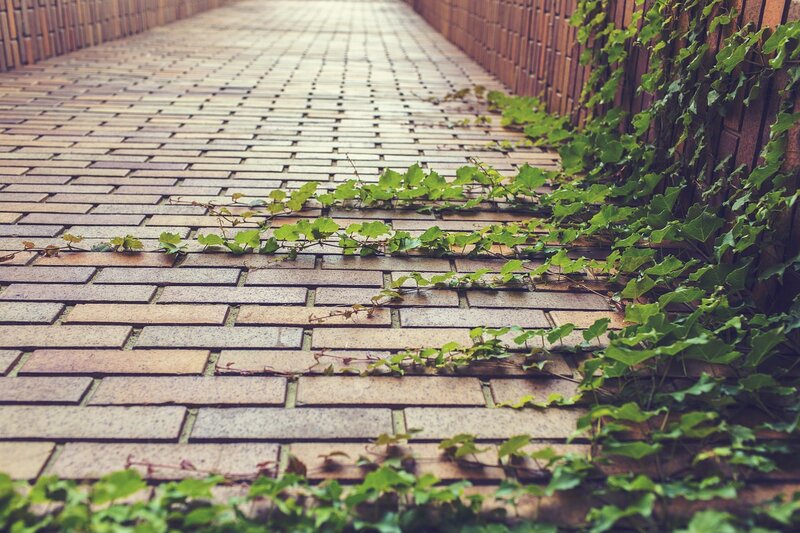 Global warming is accelerating the spread of ivy in Europe’s deciduous forests, a recent study has found. While the vine’s proliferation is good news for wildlife, it could threaten the survival of young trees and disrupt woodland regeneration.

Ivy (Latin name: Hedera, “to cling or grasp”) is a woody creeper commonly found in ecosystems which contain a mixture of light and shade. During its first ten years of life, it grows away from the sun in search of a shady host plant, displaying a behaviour called ‘negative phototropism’. Thus, in temperate forests, juvenile ivy often begins climbing on the sunny southern face of trees, before gradually reaching around, away from the light, and growing predominantly on the darker northern side. This tendency makes it a useful orientation tool for navigators lost in the woods.

Sinking its short, bristled roots into the soft bark, the creeper ascends several feet each year, weaving its way upwards through the gloom. After a decade, when it has fully matured, its waxy, triple-lobed leaves transform into the shape of upturned teardrops, and for the first time the vine begins to grow towards the sun. Soon, a wreath of emerald tendrils is densely draped around its host, some 30 metres from the forest floor, proffering shelter and food for over 50 species of wildlife.

You might also like: 6 Ways That 2021 Will Be an Important Year in the Fight Against Climate Change

A recent study carried out by Ghent University in Belgium investigated the effects of global warming on the abundance of common ivy and other woodland plants. The team, led by Dr Michael Perring, surveyed almost 2 000 plots within 40 temperate forest regions across Europe, assessing around 1 000 plant species – including lianas, the family of climbers to which ivy belongs. Their observations were compared with historical data from two rounds of surveys, conducted at the same plots between 1933-94 and 1987-2015 respectively. The average duration between the first survey and the follow-up survey at a given site was 38 years.

Their findings indicated that ivy had become, on average, 14% more prevalent over a 38-year period, its range extending by nearly 3% each year. Dr Perring says, “What we have done is highlight, to my knowledge for the first time in temperate, rather than tropical areas, the large geographic extent of this ivy spread in the understorey. What is also really marked is that no other species exhibits such a geographically coherent pattern of increase — this is really quite striking.”

The findings also suggested that global warming was a major factor behind ivy’s increased profusion. “There was a much higher probability of finding ivy at a resurvey where it was absent initially where there had been a greater rate of warming,” said Dr Perring. While rising air temperatures appear to be the primary cause of the plant’s accelerated growth, there may also be secondary factors, such as the management strategies employed in certain woodlands, or increased amounts of shade due to the presence of more or older trees.

The ecological implications of ivy’s proliferation are both positive and negative. An abundance of ivy means more food and shelter for birds and insects, especially during winter, as well as increased biomass accumulation and nutrient cycling in the understory, and, due to its evergreen nature, an extended period of carbon sequestration for temperate woodlands. On the other hand, trees are more vulnerable to windfall if large tangles of ivy converge in the canopy, and the chemicals released by ivy leaf litter can hinder the growth of seedlings (a phenomenon known as allelopathy), thereby disrupting forest regeneration.

In light of such threats, ivy’s quickening expansion should be monitored in order to protect other plant species and preserve ecosystem health. In addition, given the newly-discovered correlation between rising air temperatures and accelerated ivy growth, the speed of the creeper’s advancement across temperate forests could serve as a useful indicator for the rate of global warming.