What is the Cause of the Pollution Killing Sea Animals in Kamchatka, Russia? 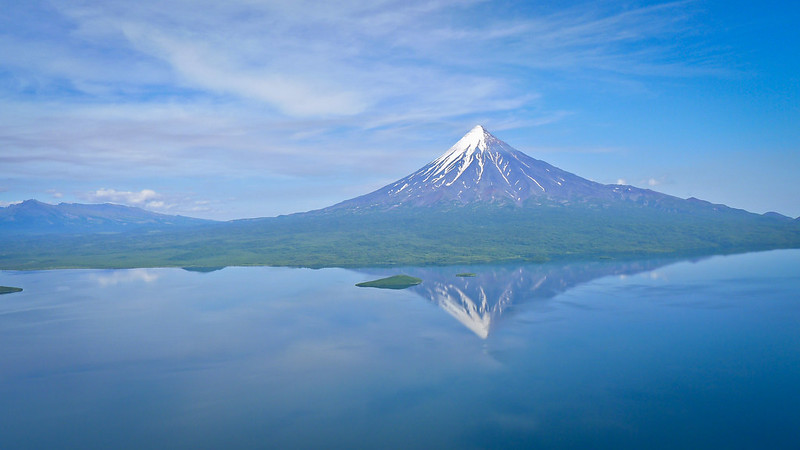 A mysterious pollution outbreak in Kamchatka, Russia, has left many marine species, including seals, octopuses and sea urchins, washing up on Avacha Bay since September. Scientists have reported that as much as 95% of marine species along the seabed have been killed in what is being treated as a major marine pollution incident.

Ordinarily, the bay is a pristine 1 250-kilometre-long volcanic peninsula well-known for its exceptional landscapes with 160 large symmetrical volcanoes and diversity of wildlife.

The pollution incident came to light in early September after local surfers and swimmers reported stinging eyes and the water changing colour to a greyish-yellow with a thick milky foam on the surface. Officials later reported that people partaking in activities in the sea have sustained mild burns to their corneas.

This prompted Greenpeace to call the incident an “ecological disaster” and backlash from the public led Russia’s Investigative Committee to launch an investigation into the area for the “circulation of environmentally hazardous substances and waste.” Tests showed levels of oil products and phenol that were 3.6 and 2.5 times higher than usual, after Kamchatka’s Ministry of Natural Resources and Ecology’s initial insistence that there was no such issue, saying that “nothing abnormal” had been recorded.

It is still unclear what caused the contamination; however, authorities have confirmed that all possible sources are being investigated. Officials are scrambling to find the origin after President Vladimir Putin reacted angrily to the late reporting of an oil leak in Arctic Siberia that poured thousands of tons of diesel into land and waterways in June. In turn, the ecology minister, Dmitry Kobylkin, stated that Putin had ordered him to establish the cause of the Kamchatka water contamination.

The Emergencies Ministry said it was using boats and drones to monitor the coastline but no pollution was visible. The regional governor, Vladimir Solodov, said it was a problem that the region had no unified system of environmental monitoring.

Local media outlets have speculated about a possible oil tanker leak or military drill gone wrong, which the Defence Ministry has denied. More alarming is that some experts have suggested that highly toxic rocket fuel such as heptyl, samin or mélange could have leaked into the sea. The first test site, Radygino, is about ten km from the sea and was used for drills in August.

Vladimir Burkanov, a biologist specialising in seals, suggested that old stores of rocket fuel kept in Radygino could have rusted and the fuel leaked into streams.

Moreover, the site of Kozelsky, approximately 15km from  the sea, has been used to bury toxic chemicals and pesticides, according to the regional governor’s website. Greenpeace says that stores of over 100 tonnes of toxic substances, including pesticides, had been breached.

While authorities in Russia are opening criminal cases into the Kamchatka crisis by examining man-made pollution, they have refused to rule out the possibility that the pollution could have been caused by a natural phenomena, such as seismic activity or microalgae. 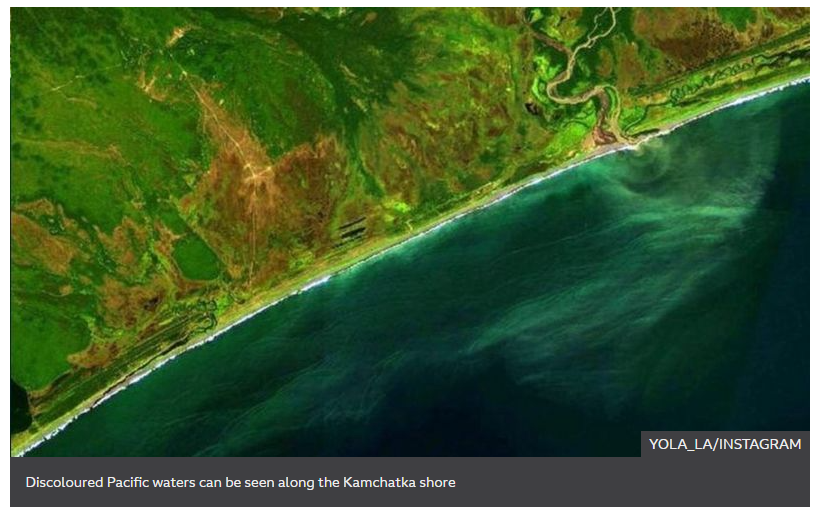 While specialists continue to collect samples, scientists say. that the contaminated area is much larger than what they have examined and that the remaining marine life is under threat due to lack of food; some large fish, shrimps and crabs have survived, “but in very small quantities.” However, these too may die as their food supply has been destroyed.

After Greenpeace recently surveyed the territory, the water pollution has been identified in parts of Kamchatka’s World Heritage Site. This includes Vilyuchinskaya Bay that is home to 50% of the world’s Stellar Sea Eagle population.

Traces of the contaminants were also found in the basin and mouth of the Nalychev River, which flows through the Nalychevo Nature Park and is home to a wide variety of species, including the world’s greatest known diversity of salmonid fish, as well as brown bears and sea otters.  “The death of fish and seabed creatures is dangerous for both sea birds and mammals,” WWF says, adding that sea otters that eat urchins and clams could be among the most affected animals.

It is still unclear how much the pollutants will negatively affect the peninsula’s natural ecosystem.

Despite Putin ordering for an immediate investigation into the cause of the Kamchatka water contamination, possibly permafrost thaw in Siberia, Russia’s environmental action is driven with no clear climate policy. As domestic policies continue to focus on its heavily subsidised oil and gas industry, with a strong emphasis on expanding natural gas exports, the Russian Ministry of Energy has explicitly identified the promotion of renewable energy to be a direct threat to planned fossil fuel expansion. Russia accounts for 4.5% of global emissions, behind China, USA and India.

Furthermore, Russia’s industries are not being encouraged to reduce emissions and deal with pollution, drawing a general consensus that there continues to be a lack of action across the board on environmental policy; hence, Russia’s environmental future remains somewhat bleak.

However, the 2017 Russian Year of Ecology, announced by President Vladimir Putin, was a step towards changing public and policy attitudes towards pollution and other environmental problems in Russia, a welcome development. Further, there are numerous local and citizen-led projects across the country, including Greenpeace Russia, that are assisting authorities in their investigative efforts.

Perhaps in this way, the government of Russia, supranational bodies, international partners and heavy industries can be influenced to enact much-needed environmental policies and procedures to reduce and tackle the effects of pollution, with this crisis in Kamchatka potentially acting as a turning point for the government and the public to take climate action.