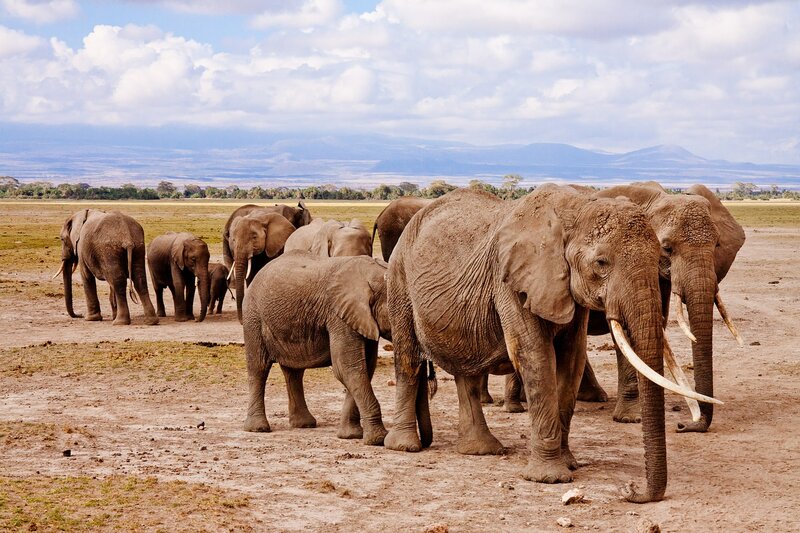 African elephants have been facing serious threats, such as climate change-related droughts, conflicts with farmers whose land the elephants trample and poachers who illegally hunt and kill the elephants for their valuable ivory tusks. Across Africa, poaching has had a devastating impact on the continent’s elephant population over the decades. Africa was home to 1.3 million elephants in the 1970s, but today there are just around 500 000. Less than 30 000 elephants are estimated to remain in the wild.Thankfully, there is some good news for African elephants in Kenya, whose population has more than doubled in 30 years.

Following the tragic news about hundreds of sudden elephant deaths in Botswana due to a mysterious illness, this marks a glimmer of hope for the species.

On August 12, to mark World Elephant Day, the Kenya Wildlife Service reported that the country’s elephant population has more than doubled in 30 years, increasing from 16 000 in 1989 to 34 800 by the end of 2019. Additionally, one of the most popular parks in Kenya, the Amboseli National Park, is experiencing an elephant baby boom. About 170 elephant calves have been born in 2020 so far and more are expected. Additionally, two sets of twins were born this year in the national park, a rare occurrence among the species. In contrast, there were 113 new calves born in the whole of 2018, according to the Amboseli Trust for Elephants.

The combination of interruptions in international travel due to the coronavirus pandemic and periods of heavy rainfall has contributed to Kenya’s recent elephant baby boom. During drought years, female elephants often cannot find sufficient food to supply their calves with milk, but with abundant rainfall, it leads to more vegetation growth for grazing and fewer elephant deaths due to dehydration and starvation.

The population boom is also partly due to the country’s anti-poaching efforts. The number of elephants poached in Kenya in 2020 has dropped significantly from previous years- 7 elephants have been killed by poaching this year, compared to 34 in 2019 and 80 in 2018. Park rangers are also doing their jobs to protect the elephants from poachers in Kenya. For example, a project named tenBoma was developed in Kenya in 2018, which connects the local communities to regional and international agencies to stop elephant poachers. The wildlife service and community rangers in Kenya are trained to become data analysts to help predict a poacher’s next strike. Furthermore, the Kenyan government has also implemented harsher penalties for anyone convicted of poaching wildlife or trafficking wildlife trophies, including heavy fines and jail sentences.

As mentioned previously, the current pandemic situation has been a largely positive event for the elephant populations in Africa, especially in Kenya’s Amboseli National Park, however, local people who depend on tourism have been negatively affected and land use conflicts between humans and elephants have increased. Human-elephant conflict is a big issue in Kenya; elephants can pose a real threat to subsistence farmers at the interface between the elephants’ range and the agricultural land, which may result in further injuries and mortalities. The farmers living next to protected areas lose their crops and often depend on food aid. Besides, the nomadic pastoral communities who live next to wildlife lose at least one animal every week to predatory wildlife. An incident in 2019 saw a herd of elephants invading farms and destroying crops, such as vegetables, bananas and maize in Kavilila village in Subukia, Nakuru County. The residents incurred losses of at least Sh2 million (USD$18 000) and they had to relocate their homes to a more secure place.

Recently, a leading elephant expert, Dr Winnie Kiiru, who works with the Elephant Protection Initiative Foundation, was interviewed by the BBC News regarding the elephant baby boom in Kenya. She emphasised that it is necessary to diversify livelihoods and ensure that communities dependent on wildlife can earn despite the effects on tourism. She also called on African governments to solve the human-wildlife conflicts effectively, as well as to raise money to repair the damage on the conservation industry caused by the coronavirus pandemic.