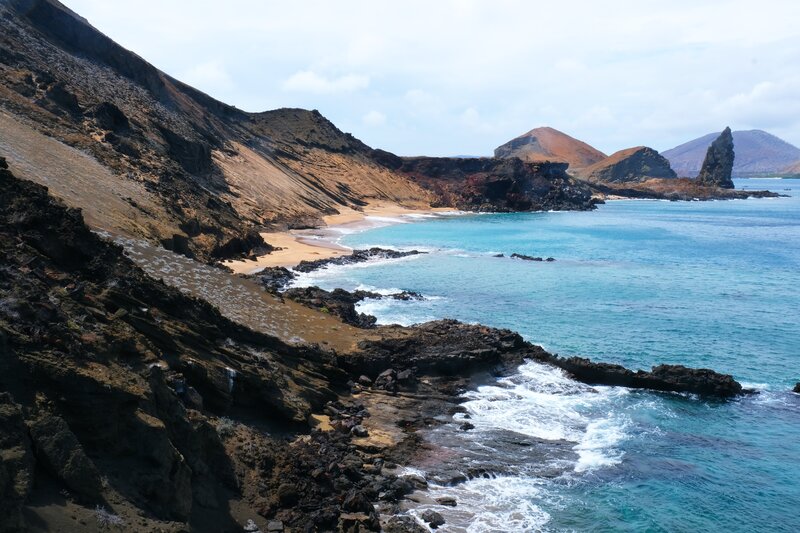 Marine scientists have discovered 30 new species in the waters off the Galapagos Islands of Ecuador, after a five-year expedition that shows just how little we know about the deep sea and how unexplored the environment is.

The species were found on seamounts, which are underwater mountains that do not break the ocean’s surface. According to a release, the team used Remote Operated Vehicles (ROVs) to explore depths of up to 3400 meters. The new species found include: 10 new species of bamboo corals and four new octocorals, including the first giant solitary soft coral in the Tropical Eastern Pacific, one new species of brittle star, 11 new sponge species and four new species of squat lobsters.

Nicole Raineault, chief scientist at OET, says, “The many discoveries made on this expedition showcase the importance of deep-sea exploration to developing an understanding of our oceans.”

The Galapagos Islands became famous for their biodiversity and endemic species after Charles Darwin first visited in 1835 and spent five weeks surveying the archipelago. While he found that most of the species were ‘aboriginal creations, found nowhere else’, the plants and animals he studied still showed a relationship to those on the mainland, which led Darwin to form the seeds of his Theory of Evolution. After publishing “On the Origin of Species by Means of Natural Selection” in 1859, Darwin’s theories cemented the Galapagos Islands as ‘hallowed scientific ground,’ a reputation that continues today.

The isolation of the islands allowed for and forced species to adapt and evolve over time to survive their unique habitats. Even today, as conditions change, animals and plants on the islands continue to develop into new hybrids and species. In 2017, a group of finches were discovered in the process of becoming a new species. In 2019, a species of giant tortoise that scientists hadn’t seen alive for 110 years was found and in February, 30 giant tortoises that partially descended from two extinct species were studied.

The Galapagos Marine Reserve protects seamounts from fishing activity and deep-sea mining. The discovery comes after Ecuador raised concerns about a massive fishing fleet of mostly Chinese vessels operating on the edge of the Galapagos’ protected waters. China has since issued new regulations for its fishing fleet, including harsher penalties for captains and companies found to have engaged in illegal fishing activity.

Ecuador is trying to establish a corridor of marine reserves between Costa Rica, Panama and Colombia to seal off important areas of marine diversity. Efforts are also being made to extend the exclusive economic zone to a 560km circumference around the islands.