Large Herbivores are Facing the Greatest Risk of Extinction- Study 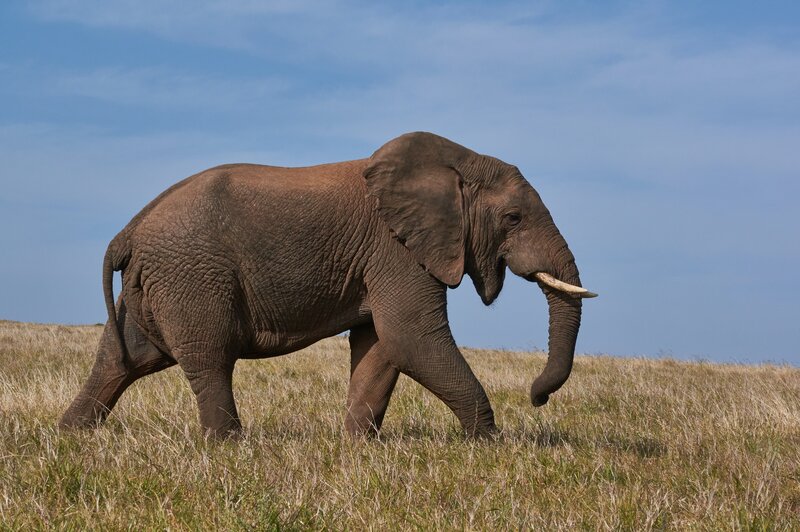 A recent study has shown that large herbivores are facing the greatest risk of extinction compared to other species, a result of human activities along with natural threats in the wild. A quarter of herbivores are currently classified as vulnerable or endangered by the International Union For Conservation of Nature.

The research asserts that “at multiple spatial and temporal scales, herbivores, especially herbivorous reptiles and large-bodied herbivores, consistently have the highest proportions of threatened species. This observed elevated extinction risk for herbivores is ecologically consequential, given the important roles that herbivores are known to play in controlling ecosystem function”

While examining consumption across more than 24 500 vertebrate species (including reptiles, birds and mammals), the team set out to determine whether predators, herbivores or omnivores were most at risk. They ran generalised linear models (GLMs) to investigate associations amongst body size, trophic group and extinction risk. It found that for mammals, body mass and trophic group were both important factors that independently affected threat status, with large-bodied organisms and herbivores experiencing the greatest risk of extinction. In total, about 25% of studied herbivores were at risk of extinction, compared to 17% for omnivores and 15% for carnivores.

Key factors in the dwindling population of large herbivores include human encroachment, pollution, hunting and poaching as well as deforestation.

You might also like: The First Asian Giant Hornet Nest Found in the US Has Been Destroyed

A 2015 study echoes this view, which found that “large herbivores are generally facing dramatic population declines and range contractions, such that ~60% are threatened with extinction. Nearly all threatened species are in developing countries, where major threats include hunting, land-use change, and resource depression by livestock.”

Many of the world’s largest herbivores have been classified as endangered on the International Union For Conservation of Nature (IUCN) Red List. Large herbivores such as the Northern White Rhino are currently on the precipice of extinction with only two remaining in Kenya, although there are hopes of saving the species using artificially implanted embryos.

The most recent study’s findings were also determined by geographic locations and habitats such as deserts, savannahs, caves, wetlands, oceans, forests and mountains. Mammals such as elephants are distinctly at risk and potential extinction could have an impact on ecosystem functionality: “Prehistoric extinctions of megaherbivores (plant-eaters weighing more than 1000 kilograms) in the late-Quaternary…drastically changed the trajectory of life on Earth by altering its vegetation, its fire regimes, and global greenhouse gas dynamics,” the study says. Furthermore, size may play a factor in extinction risk for bigger herbivores due to the quantity of food they require in addition to habitat destruction.

These findings mark a visible contrast with the long-held assumption that carnivorous apex predators such as tigers and polar bears are most at risk. Dr. Dave Hodgson of the University of Exeter concurs that the recently published paper is enough for us to challenge our preconceived notions of which species are most affected by issues like climate change and habitat destruction: “The thrill of the paper is that it is claiming to overturn some fairly classically presumed truths: that it’s the predators of this world- the sharp-toothed, sharp-clawed creatures- that are the most threatened.”

Dr Trisha Atwood, lead author of the study, was taken aback by the findings, saying that she did not anticipate such disconcerting data in regards to the plight of herbivores. She says, “The results were somewhat shocking. Our highly publicised and fraught relationship with predatory animals such as lions and wolves has led to the unfounded perception that we are losing predators more than any other trophic group.”

The diminishing population of large herbivores is concerning, but not completely irreversible. Improvements can be facilitated by continuing further research projects, engaging key policy-makers whilst endeavouring to “take decisive policy actions to encourage and empower local communities in the management of protected areas through efforts such as sustainable tourism and education about the importance of large animals for disease regulation.”

Although big-bodied herbivores are most at risk, Atwood stated that species with other dietary needs are also facing issues within their habitats. Predators are facing a considerable risk of extinction – 23% percent of land dwellers and 40% in marine habitats. We must therefore ensure the conservation of all animals, both on land and in marine environments.