The 10 Least Polluted Cities in the UK 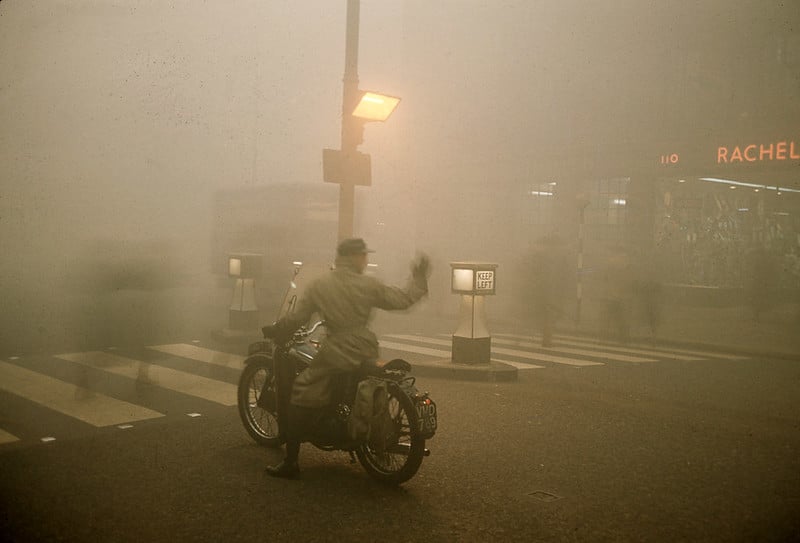 A new report has revealed the cities in the UK that are leading the way when it comes to low pollution rates, with Sheffield emerging as the city with the least amount of pollution.

The new Green Cities Index study by apartment rental brand Essential Living used regional and worldwide data on elements such as air quality, pollution, quality of life, life expectancy and green spaces to determine the UK cities which are the best for green living. A weighting system was then applied to the scores to calculate how much green space there is in the immediate area to give a ranking out of 60.

Here are the 10 best UK cities for the least amount of pollution:

You might also like: Brexit Loophole Will Allow UK to Continue Shipping Plastic Waste to Poorer Countries 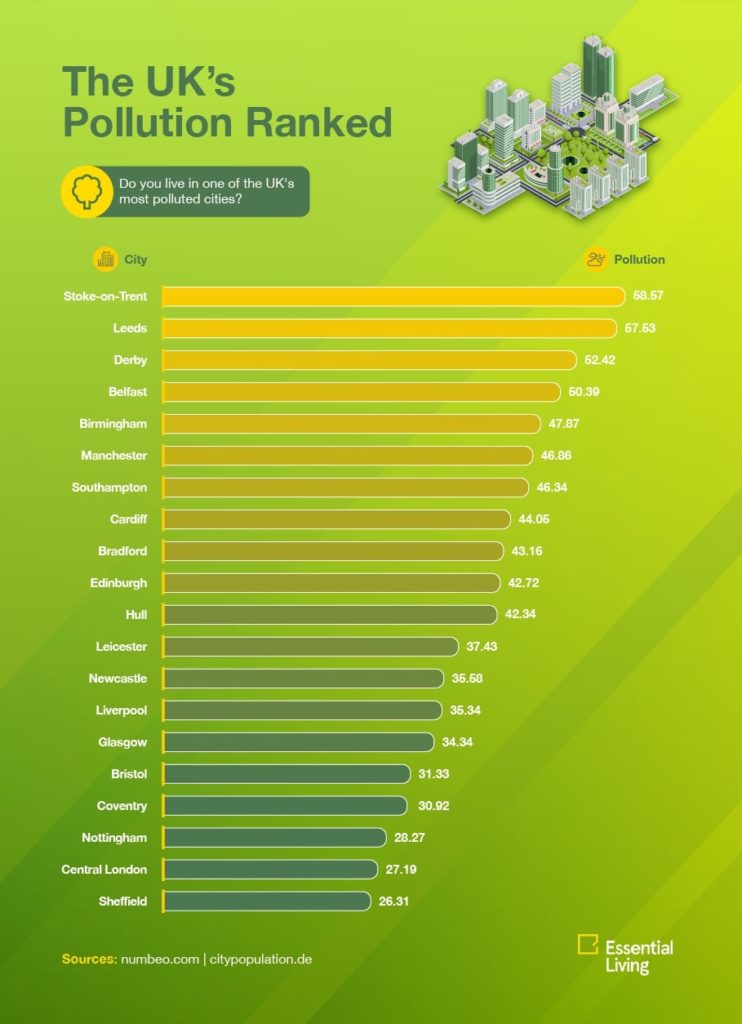 A graph showing the rankings of pollution in UK cities (Source: Essential Living).

Air pollution in the UK is a major cause of diseases such as asthma, lung disease, stroke, and heart disease, and is estimated to cause 40 000 premature deaths each year, which is about 8.3% of deaths, while costing around £40 billion each year. A leading barrister warned that air pollution will lead to mass migrations, in the wake of a landmark migration ruling in France, which involved a Bangladeshi man with asthma who avoided deportation from France after he argued that he risked a severe deterioration in his condition, and possibly premature death, due to the dangerous levels of pollution in his homeland,

In 2017, research by the Lancet Countdown on Health and Climate Change and the Royal College of Physicians revealed that air pollution levels in 44 cities in the UK are above the recommended WHO guidelines.

The UK government has plans to improve pollution due to traffic, and is banning the sale of new fossil fuel cars by 2030.