Managing Fisheries Helps Stocks Recover- Most of the Time 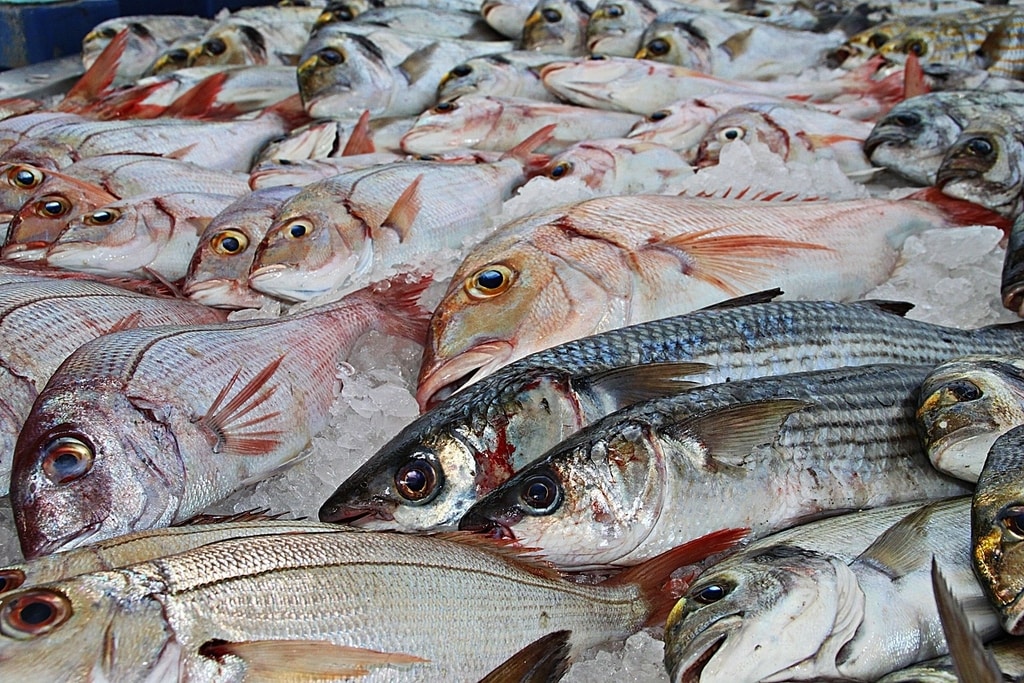 Fish stocks around the world are doing better, in general, where science guides their management, according to a recent study.

Publishing their findings Jan. 13 online in the journal Proceedings of the National Academy of Sciences, a team of researchers found that nearly half of the fish caught around the globe come from populations that are, on average, holding steady or even growing.

“There’s just this narrative that fish stocks are declining around the world fisheries [and that] fisheries management is failing,” Ray Hilborn, the study’s lead author and a professor at the University of Washington’s School of Aquatic Science and Fisheries, said in an interview.

“What we really show in this paper is that none of that’s true, that fish stocks are not declining around the world,” Hilborn said. “They’re certainly declining in some places, but in much of the world, they’re stable or increasing, and fisheries management is working.”

In his view, that doomsday “narrative” in which the world’s oceans have been emptied of fish has lost sight of the strides that intensive fisheries management has made.

Other scientists and conservationists applauded the effort to pull together the most detailed picture yet of the world’s fisheries and humans’ role to ensure their sustainability.

“This study helps show that where we have effective fisheries management, stocks are healthier, so that’s good news,” John Hocevar, oceans campaign director with the NGO Greenpeace who was not involved in the study, told Mongabay.

But questions remain about how to address overfishing, low management capacity, and the paucity of scientific data in more than half of the world’s fisheries. And marine biologists like Hilborn and Hocevar hold starkly different views on the primacy of fisheries management.

Hilborn’s team pulled together scientific data on the abundance and harvest rates of fish stocks where it was available. That data covered 49% of the fish landed between 1990 and 2016 as tabulated by the U.N. Food and Agriculture Organization, and it updates a database that Hilborn, marine ecologist Boris Worm and their colleagues published in 2009.

That study, published in the journal Science, was in response to 2006 work by Worm predicting the “global collapse” of fish populations — at least the ones important to humans — by 2048. For that earlier study, Worm and his colleagues took “collapse” to mean any fishery in which catches had fallen (or would fall) below 10% of their peak.

In their 2009 study, Worm and Hilborn based their assessment of the world’s fisheries on fish abundance, rather than on catch figures as Worm had done in his 2006 paper. The idea is that abundance is a more accurate measure of how many fish are swimming in the sea, whereas catch data serves as an indirect proxy.

The results sketched out a more promising picture, with evidence that management, which entailed the widespread trimming of harvest rates beginning in the mid-1990s, had begun to rein in the overfishing of previous decades in parts of the world. One caveat was that the 2009 study and the subsequent research it spawned drew their conclusions from a relatively narrow sliver of the world’s best-studied fisheries.

Now, the additional data marshaled in the new study shows that management of fish stocks based on scientific data, on average, continues to benefit those fisheries where it occurs.

For Worm, a professor of biology at Canada’s Dalhousie University who was not involved in the current study, it confirms “that the ocean still has enormous resilience, if we give it a chance and act on what we know needs to be done,” he said in an email.

Andrew Rosenberg, director of the Center for Science and Democracy at the Union of Concerned Scientists, said that, as a former fisheries manager for agencies including the U.S. National Marine Fisheries Service, the results of the most recent paper were “personally satisfying.”

“It’s incredibly important to realize that fisheries management can work,” he said.

But the findings also bring into focus a “north-south divide,” according to Rosenberg. “There still are an awful lot of stocks that are overexploited and therefore not yielding what they could,” he said. “That’s important in food security discussions.”

The roughly half the world’s catch that wasn’t included in the new study comes from places where there isn’t much fisheries data and stocks aren’t intensively managed. These “data-poor” stocks tend to be in parts of the developing world where fisheries are a critical source of food for millions of people. But in those regions, fish populations and catch rates are much more likely to be out of whack.

“This study helps provide a stronger rationale for why we need to work on that,” Hocevar said.

How to do that continues to spark debate. And a key sticking point is whether robust fisheries management alone can revive failing stocks or should complement other strategies, including marine protected areas.

Though the realities are complex, the basic principle behind managing fisheries is straightforward: Lower catch limits when fish stocks are down to allow them to recover, and raise them when abundance is higher. In Hilborn’s view, that adaptable approach is often more effective than marine protected areas, or MPAs, that regulate or ban fishing altogether in certain parts of the ocean.

“We don’t need new solutions,” he said. “We simply need to apply fisheries management. We need to measure abundance [and] reduce fishing pressure when stocks go down.”

But his stance has put him at odds with other scientists and members of the conservation community who say that fisheries management should be just one aspect of protecting the health of the world’s oceans and the life they contain.

Rosenberg said the case for science-based management of fish stocks makes logical sense. “I think all of us might agree. But in many cases, it doesn’t happen,” he said. “It’s an incredibly difficult thing to do … There’s an awful lot of places where that’s just not that feasible,” especially where adequate data and the resources for effective management aren’t available.

Madagascar, for example, has only two boats to patrol its 1.2-million-square-kilometer (463,300-square-mile) territorial waters for fisheries violations. Around Somalia, where enforcement is virtually nonexistent, industrial ships spend more than 90% of their time fishing — illegally — within the coastal zone reserved for small-scale fishing by local communities, according to a recent study. Both countries wrestle with poverty and food insecurity, and fish provide much-needed sustenance and protein. But the governments lack the basic tools and support to protect that resource for their people.

Hilborn said that getting good data and building capacity in these parts of the ocean is “the frontier.”

“To me, that’s the biggest place that all of the marine conservation funding should be going is helping those countries increase their capacity for management,” he said.

But even in the data-rich fisheries that were included in this study, the increases in fish abundance and the on-target harvest rates are just an average. In fact, 24% of the assessed stocks (representing 19% of the assessed fish catch) are too low to warrant the high rates at which they’re caught, the authors report. Often, that’s because their management is lax. In such places, including the Mediterranean Sea and off the northwest coast of Africa, harvest rates are apt to be three times higher and abundances are around half of what they are in intensively managed stocks, the researchers found.

But does that mean that evidence for the effectiveness of fisheries management should drown out calls for more MPAs, as Hilborn suggests? Greenpeace’s Hocevar called Hilborn’s view of protected areas “really narrow,” saying that they are designed to accomplish a broader set of goals beyond managing the fish populations that people value.

“Protected areas are important for much more than just maintaining healthy fish stocks, even though that is in itself a proven benefit,” Hocevar said. “Sanctuaries also protect biodiversity as a whole and increase the resilience of marine ecosystems to impacts of stressors such as climate change, ocean acidification and plastic pollution.”

Worm points out that fisheries management alone wasn’t what has allowed overfished populations to bounce back.

“It is a fact that MPAs and other closed areas have helped with fish stock recovery in many regions, for example by protecting critical habitat,” Worm said. “The effects of improved fisheries management and improved areas-based conservation go hand in hand, and both are necessary to rebuild the broad range of species that have been depleted by previous overexploitation.”

And the fisheries-centric approach has not proven to be a panacea. Even decades of intensive management of fish stocks and strict catch limits have failed to help depleted stocks recover in some places. These “outliers,” Hilborn said, include many fisheries off the east coast of Canada and the United States.

We also have yet to work out strategies to tame the chaos in many of the world’s other fisheries, where a lack of information leaves little foundation on which to build sound management practices. These fisheries are often characterized by hundreds of small boats going after a multitude of species, all against the backdrop of a rapidly changing marine environment.

“Protected areas are a proven, cost-effective tool to help recovery of depleted populations including fish stocks as a hedge against uncertainty, which is greater than ever,” Hocevar said. “It’s not good science to take this paper as evidence that everything is fine when the paper itself says there’s a problem in at least half of the world’s fisheries. That’s not a great track record.”

What it does say is that fisheries management can play a critical role in allowing fish populations to recover by working toward a deceptively simple goal: As Worm put it in a 2016 commentary for PNAS, “we need to kill fewer fish.”

This article was originally published on Mongabay, written by John C. Cannon, and is republished here as part of an editorial partnership with Earth.Org.