Mangrove Forests Could Disappear by 2050 if Emissions Aren’t Cut 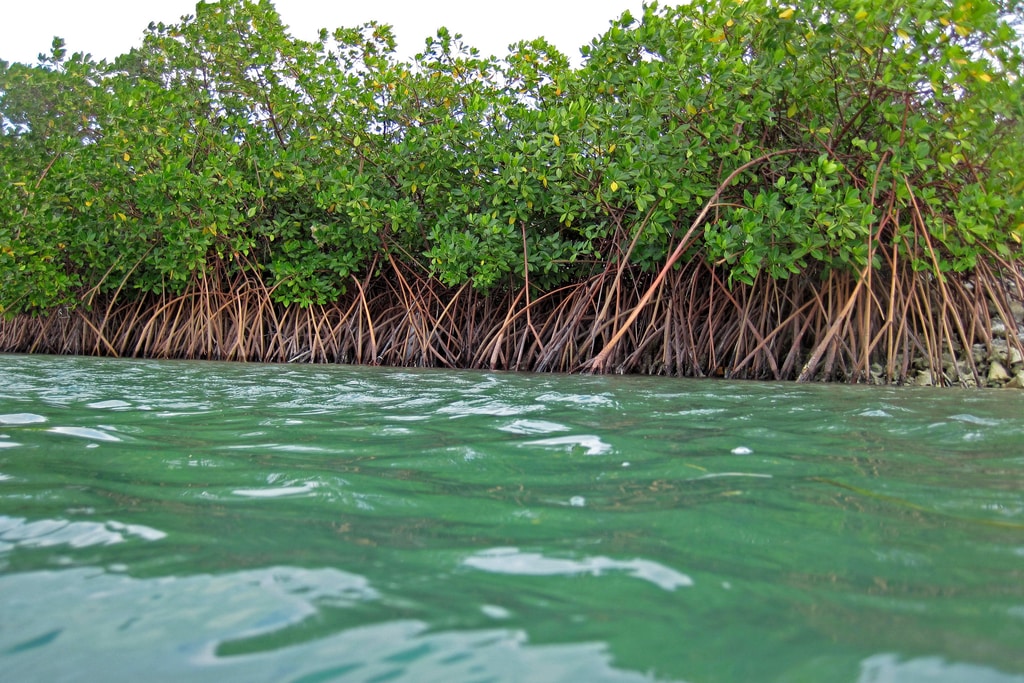 Mangrove forests won’t survive sea-level rise and will disappear by 2050 if greenhouse gas emissions aren’t reduced, according to a new study.

The study, published in the journal Science, used sediment data from the last 10 000 years to estimate the chances of mangrove survival based on rates of sea-level rise. It examined sea-level rise across 78 locations and explored how mangroves responded as the rate of sea-level rise slowed from more than 10mm yearly 10 000 years ago (as a result of glacial ice melt) to nearly stable conditions 4 000 years later. The storage of carbon as mangrove forests expanded during that period means that these ecosystems are important carbon sinks.

Erica Ashe, a postdoctoral scientist at Rutgers University- New Brunswick and co-author of the study, says, “Under high-emissions scenarios, rates of sea-level rise on many tropical coastlines will exceed 7mm per year, the rate at which we concluded there’s a 6.2% probability mangroves can sustain growth. The loss of these mangrove ecosystems could result in increased carbon dioxide in the atmosphere and fewer vital buffers against storm surges in the long run.”

Mangrove trees and forests are valuable coastal ecosystems found in Florida and Bangladesh, as well as other warm climates that store large amounts of carbon dioxide, reduce erosion from storm surges, currents, waves and tides, help protect coastlines and provide habitat for fish and other species. There are about 80 species of mangrove forests and they line nearly 3 000 km of shoreline.

They naturally move inland if they can’t build vertically, but human development along coastlines hinder this movement. These areas are also deforested to make room for shrimp farms and other forms of aquaculture, as well as for their wood. They need freshwater to survive and can die when dams and other upstream developments stem the flow of rivers.

Studies show that, pound for pound, mangroves can sequester four times more carbon than rainforests can. Most of this carbon is stored in the soil beneath the trees. In 2000, mangrove soil held around 6.4 billion metric tons of carbon. Between 2000 and 2015, up to 122 million tons of this carbon was released due to mangrove forest loss.

Their monetary value is equally as important as their carbon-sequestering abilities. Researchers estimate the monetary value of the ecosystem services provided by these trees at US$194 000 per hectare annually. Multiplied by their global extent, the world’s remaining mangroves provide around $2.7 trillion in services every year.

The rate of sea-level rise has doubled from 1.8mm per year over the 20th century to 3.4mm per year in recent years. The scientists stress the importance of mitigating this rapid sea-level rise and ensuring that coastal adaptation measures allow mangrove forests to expand across coastal lowlands and not disappear before our eyes.