Methane Emissions in the Arctic Could Amplify Global Warming 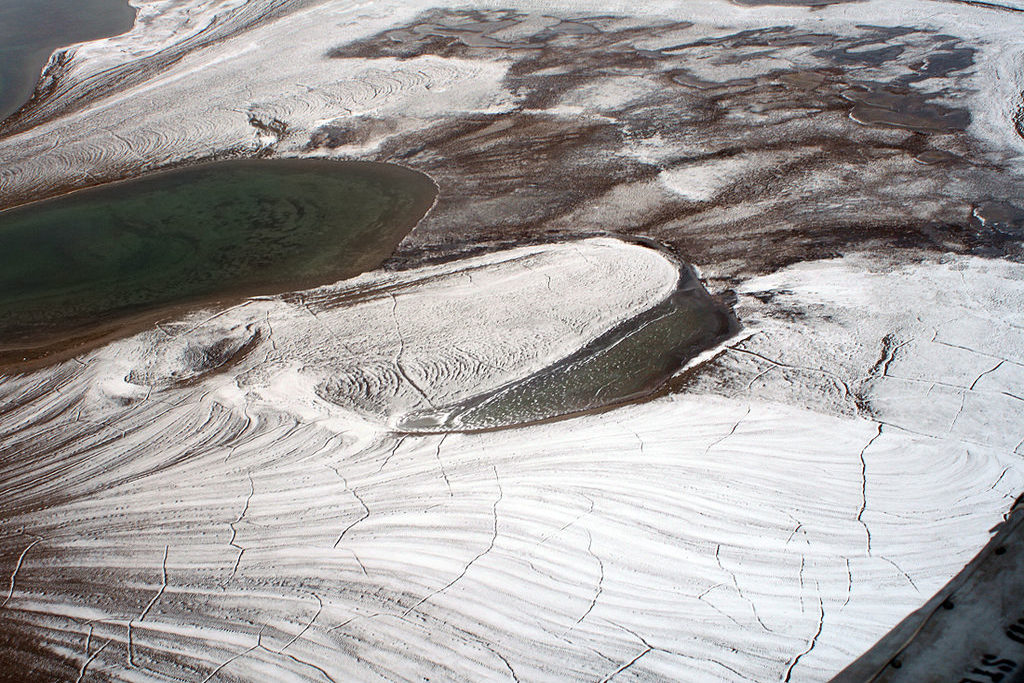 Scientists from the Tomsk Polytechnic University in Russia recently recorded the highest-ever flares of methane emissions- up to nine times the average global atmospheric concentration- in the air over the East Siberian Arctic Shelf (ESAS).

The average surface temperature of the earth has increased by about 0.9°C since the late 19th century, driven in part by man-made emissions of greenhouse gases, including carbon dioxide and methane.

Why does methane trap more heat than carbon dioxide?

Although methane accounts for less than a quarter (16%) of global greenhouse gas emissions, it is roughly 30 times more potent than carbon dioxide in terms of absorbing heat and contributes 25% of man-made global warming as of 2013.

Permafrost systems are carbon-rich soils that remain completely frozen for at least two years straight. 17% of the Earth’s exposed land surface is underlain by permafrost. The thermal state of these systems is sensitive to changing climatic conditions and in particular to rising air temperatures. Studies have found that the Arctic permafrost will thaw due to rising temperatures and once thawed, soil microbes convert the organic carbon in the permafrost soil into greenhouse gases such as carbon dioxide and methane. This process could amplify global climate change.

In October, scientists from the Tomsk Polytechnic University in Russia recorded the highest-ever amounts of methane in the air over the East Siberian Arctic Shelf (ESAS) during a 40-day research voyage led by chief scientist Igor Semiletov.

The methane emissions they observed were up to nine times greater than the average global atmospheric concentration. “Nobody has detected these concentrations,” Semiletov said.

The scientists surveyed 60 sites across the ESAS known to have had methane emissions from underwater permafrost in the past. Each emission site varies in size, ranging from 100 square metres to a square kilometre. The water at these sites looks as though it’s boiling as methane bubbles to the surface. Researchers collected samples of the air above the bubbling columns of methane to determine the amount being released into the Arctic Ocean.

“The methane emissions, which look like torches or flares, are all increasing,” Semiletov said.

Their discovery does not come as a surprise. In 2010, Professor Semiletov and his colleague Natalia Shakhova made waves with their paper, which showed that methane trapped beneath the underwater permafrost of the ESAS was leaking into the Arctic Ocean.

Specifically, they found that in this area, more than 80% and 50% of bottom and surface waters respectively were supersaturated with methane, comparable to methane emissions found in the entire world’s oceans.

The scientists attribute the sub-sea thawing to changes in thermal interactions in the ocean, which could be intensified by global warming. These interactions include the release of geothermal heat derived within the sub-surface of the earth, as well as air-sea heat fluxes, which transfer heat from the atmosphere to the ocean.

Professor Shakhova warns that the release of only a small fraction of the methane held in the ESAS could trigger further abrupt climate warming via positive feedback mechanisms; methane released from thawing permafrost traps heat in the atmosphere, which in turn accelerates thawing.

“The very shallow water column and weakening permafrost could lead to the doubling of methane in the atmosphere in a matter of decades,” she said in a statement.

Moving forward, Professor Semiletov calls for a consolidated effort to monitor methane emissions across the Arctic Ocean in a bid to mitigate its effects on global warming. “It’s crucially important to study the change in size of the seeps…we need to think about how to combine our efforts to study this, because it affects everyone,” he says.

This is the first of two parts in an Earth.Org investigation of methane emissions in the polar regions. See December 23rd‘s article, ‘What Satellite Imagery Tells Us About Methane Emissions in Greenland’.