Methane Levels Have Risen to Their Highest on Record 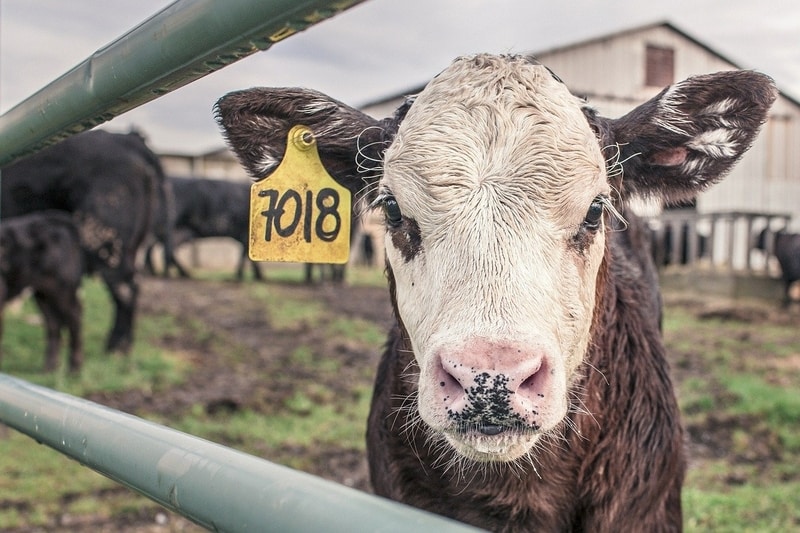 Global emissions of methane have hit the highest levels on record, according to an international team of scientists. Animal farming and fossil fuels are the largest contributors to this increase, highlighting the need for mitigation in both these areas.

The team’s findings come from the latest update to the Global Methane Budget, an international collaboration that estimates sources and sinks of methane around the world. The Budget says that since 2000, discharges of the greenhouse gas have risen more than 50 million tons a year.

More than half of the methane in the atmosphere now comes from human activities. Ranching, agriculture and landfills make up 60% of this, while the fossil fuel industry makes up the rest.

In 2017- the most recent year for which a full budget has been produced- shows that the planet’s atmosphere absorbed nearly 600 million tons of methane, around 9% higher than 2000-2006, when levels were more stable.

Rob Jackson, a professor at the Stanford University School of Earth, Energy & Environmental Sciences, in California, chairs the Global Carbon Project and led one of the papers. He says that human activities since the Industrial Revolution have increased the amount of methane in the atmosphere by 2.6 times, compared with 1.7 times for carbon dioxide. He adds that since methane is more potent than CO2, it should be a focus of efforts to cut emissions.

“CO2 is still the beast to slay but warming from methane is the next most important. Acting aggressively on methane can buy us time to address CO2 and shave half a degree off the peak temperature,” he said. “I am optimistic about opportunities to find methane super-emitters, using drones and satellites. But it is harder to cut emissions from a billion burping cows and a billion sheep, where dietary choices and manure management matter.”

Regionally, the biggest increases in the levels of methane- of 10 to 15 million tons a year- were in Asia, Africa and Oceania, largely due to farming. In the US, most of the 4.5 million ton rise over the past 10 years has been attributed to fracking and other forms of oil and gas drilling. Europe was the only continent to show a decline due to reductions in agricultural emissions. The Arctic also saw little change, suggesting that fears of methane being released from thawing permafrost had not been realised up to 2017.

The study found that methane sinks have increased, from around 546 billion tons in 2000-2006 to 571 billion tons in 2017. Methane stays in the atmosphere for an average of nine years and it is typically destroyed through chemical reactions that produce CO2 and water.

The authors have urged rapid action from governments to stabilise emissions.

The global methane budget provides a way of tracking where methane emissions are coming from, how much is taken up through sinks and how much is left in the atmosphere. The budget is an initiative from the Global Carbon Project which aims to develop a complete picture of the global carbon cycle. The Project provides an annual update on global carbon emissions. However, researchers who work with the Project say that an annual update is more complicated for methane, whereby the scientific community is still ‘finding its feet with the methane budget’ and because it requires time-consuming model runs. As a result, the methane budget is updated every two to three years. 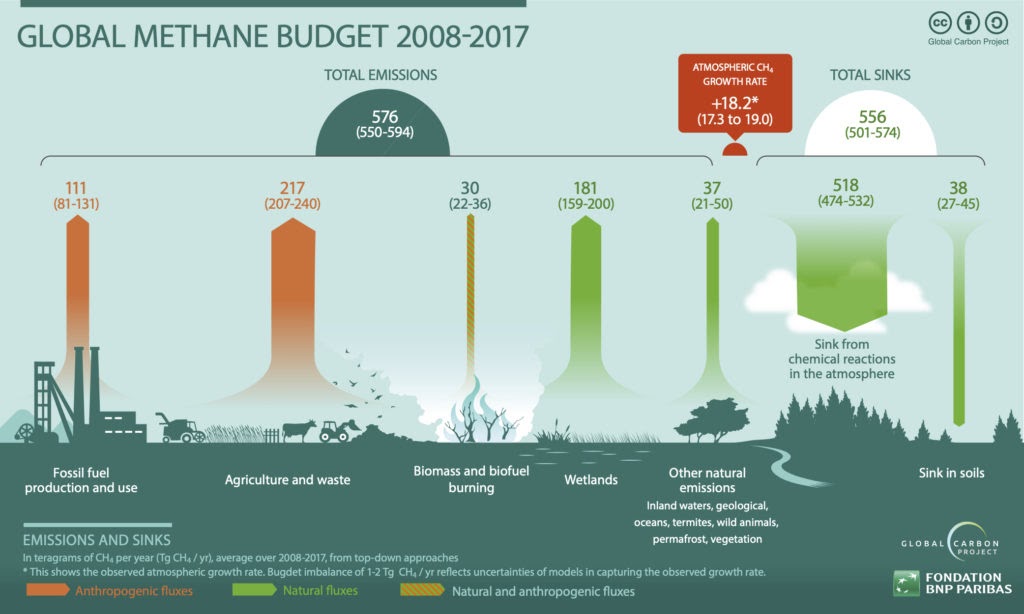 To estimate sources and sinks, the methane budget uses two approaches: first, which focuses on methane emissions at the source, using data submitted by individual countries to the UN and combining this with model simulations of other sources of methane, such as wetlands, wildfires and termites and second, observations of methane concentrations on a global scale are observed to estimate where they originated.