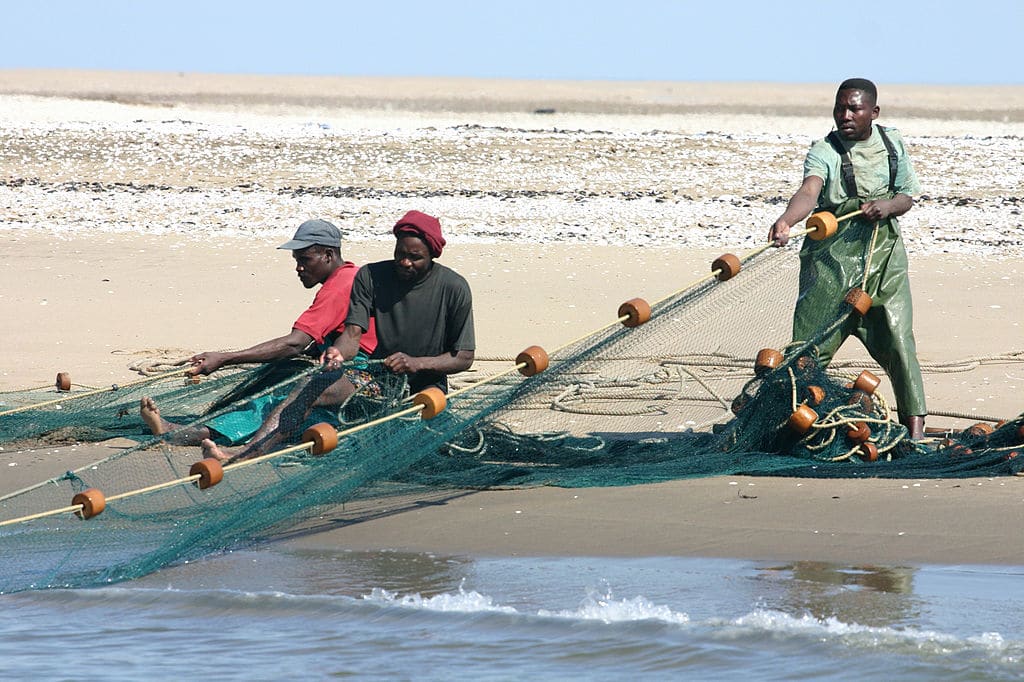 The waters in Namibia support one of the worlds’ ‘most productive fishing grounds’. Fed by the Benguela Current, the waters are rich with nutrients and microscopic organisms, creating an ideal environment for many marine species.  In 2000, the Namibian government enacted The Marine Resources Act (‘the Act’), which led to the transformation in the domestic fishing industry and creating new jobs and revenue streams. Here’s how the Act works and why it‘s been a success.

In the 1960s, industrial fishers began arriving from distant water fishing nations. By 1990,  when Namibia achieved independence from South Africa, unregulated fishing had significantly lowered the fish population in the countries’ waters. The government sets a new  direction with the Namibian Constitution, devising regulations based on the constitution’s  guiding principle, which contributes towards the ‘sustainable use of ecological resources for the  benefit of current and future generations’. The Marine Resources Act (‘the Act’) was enacted in 2000, which takes a scientific evidence-based and rights-based approach to the regulation of Namibian marine resources.

The Act led to a significant transformation in the domestic fishing industry, from stabilising fish stock and uplifting the economy by prioritising Namibian nationals to providing additional jobs and new revenue streams for the government. The Act has since been used as a model for developing sustainable fishing policies around the world, as well as winning the Food Security Leadership Policy Award 2010 and the World Future Council’s Silver Future Policy Award in 2012.

What Are Some of The Marine Resources Act’s Key Features?

The Act strictly follows global science-based guidelines on the ‘total allowable catch’  (TACs) for each key commercial species of fish. The implementing body carefully monitors  fish stocks and will take action if stocks fall below a certain threshold. For example, in 2008,  Namibia placed a three-year moratorium on ‘Orange Roughy’, a highly valuable but slow growing deep sea fish species1.

Furthermore, the Act sets guidelines on factors including the quantities of fish harvestable,  minimum fish size, time and location of harvesting as well as fishing methods. Fishing  methods known to be detrimental, including the use of driftnets, formation trawling and beam  trawling are banned. Certain marine areas are also designated as protected areas where there  is restricted or no access for commercial fishing purposes.

The Act also sets a 70:30 wet to frozen fish stock requirement. According to Rob Walters,  Executive Secretary of the Namibian Hake Association, this meant that the majority of fish  had to be processed onshore, which encouraged job creation in the local economy.

Regulation of Rights to Fish in Namibian Waters

Another distinctive feature is the ‘rights-based’ approach taken by the Act. In contrast, most  fisheries around the world are heavily subsidised by local or national governments; the FAO  estimated that subsidies for fishing is as high as USD 35 billion globally, of which USD 20  billion contributes directly to overfishing. Instead of subsidising the fishing industry, the Namibian government ensures that locals hold the primary rights to their marine resources and that fishing companies with rights to fish within their waters are 51% beneficially held by  Namibians.

The implementation of strict monitoring and surveillance systems are another factor that  helped stabilise fish stocks. On top of requiring two licenses (one for harvesting, one for  the vessel), systems are in place to ensure fishermen are observed both onboard and at the  ports. Additionally, the revised version of the Act requires all licensed vessels to have a  functioning vessel monitoring system that can be tracked by satellite.

The Act is further supplemented by an initiative between Namibia, South Africa and Angola  under the Benguela Current Commission to promote sustainable management and protection  of Benguela Current’s large marine ecosystem. This type of regional cooperation to protect  marine reserves is rather novel and not seen in many other regions.

How Did The Marine Resources Act Benefit The Namibian Economy?

As a result of the Act, fish stock in Namibian waters have largely stabilised. By diverting the rights to marine resources back to Namibians and strictly regulating commercial exploitation,  it successfully boosted the national economy and led to improved food security.

The Act provides for a direct source of income generation for the government through  various levies. ‘The Marine Resources levy’ imposes a levy on all species harvested for  research purposes while a ‘bycatch levy’ disincentivises bycatch by charging bycatch per tonne, which is set on a species basis. Additional revenue is also derived from vessel and  fishing rights licenses that must be obtained in order to harvest in Namibian waters.

The fisheries sector now accounts for 8% of Namibia’s GDP and its contribution to state  revenue increased from ‘almost virtually nothing at independence to USD 15 million in  2000’.

What Are Some Limitations Of The Marine Resources Act?

Despite being used as a case study for sustainable fishing policies worldwide, there are still  some notable limitations. Firstly, Namibia’s situation is unique due to the country’s marine  resources having conventionally been exported and does not make up a large part of domestic  revenue. This is unlike many other countries where the population depends on small scale  fisheries for sustenance. This has enabled Namibia to take a top-down approach to controlling  its marine resources, a strategy that will be harder to implement in smaller scale fisheries.

Moreover, the Art’s rights-based approach, although benefitting Namibians, has also led to a backlash. Since increasing Namibians now depend on fishing for employment, some have  asked for increased TAC quotas, claiming it will otherwise lead to unemployment.

Namibia’s Marine Resources Act is definitely one worth studying due to its novel  rights-based approach and its policies’ strong adherence to scientific-evidence. However, as  with all other policies, there are still limitations to the Act. Sustaining Namibian fisheries in  the long term still requires continued adherence to the regulations as well as continuous  iterations of the Act according to the latest scientific evidence. 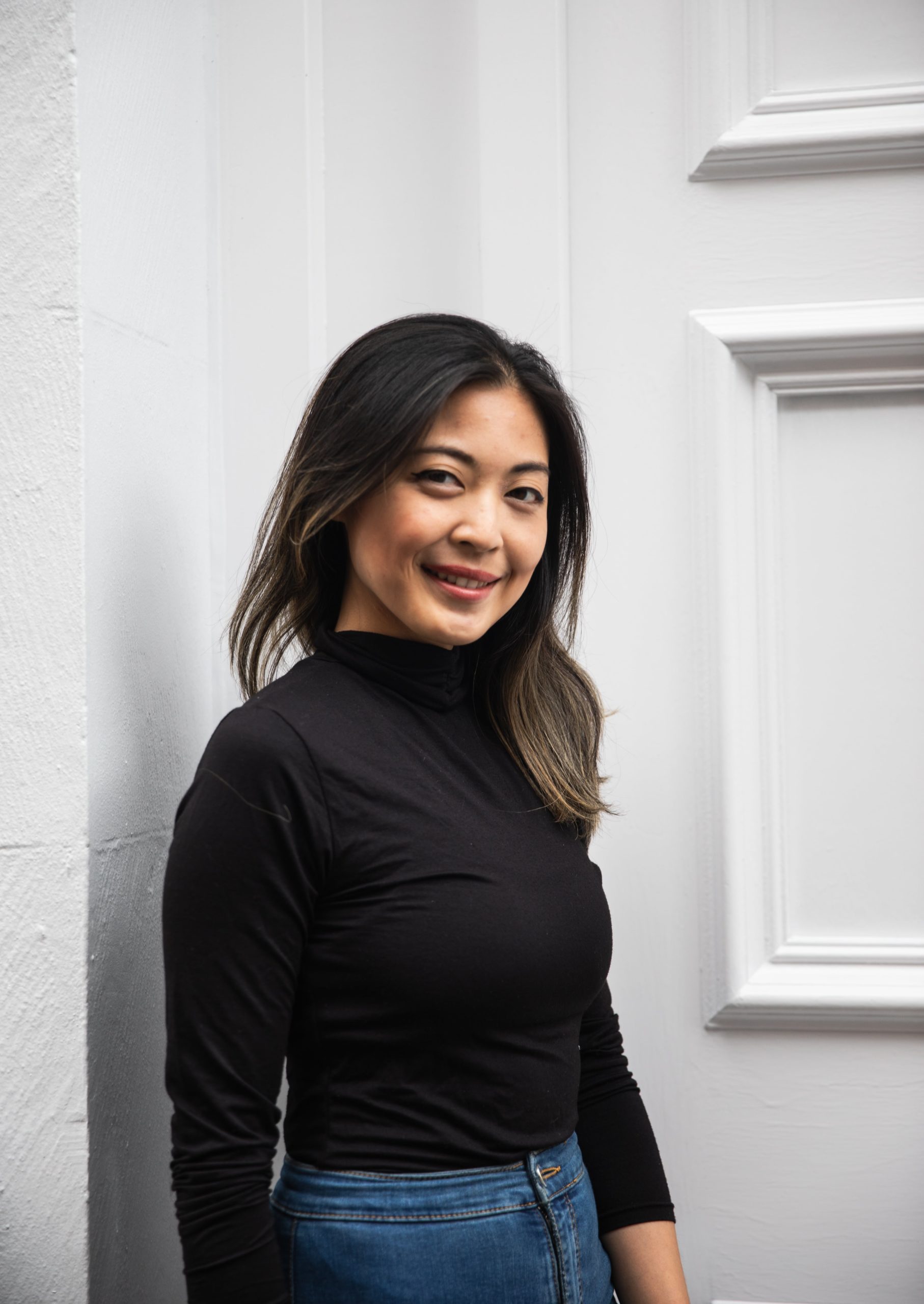 Claudia Lee is a Freelance Sustainability Writer and Sustainability Consultant. Claudia has a degree from the University of Hong Kong and is founder and host of podcast ‘Up to Some Good’, a podcast spotlighting change makers using their platforms as a force for food. She is currently based in the UK and has a particular interest in Sustainable Food Systems and food-related supply chains.