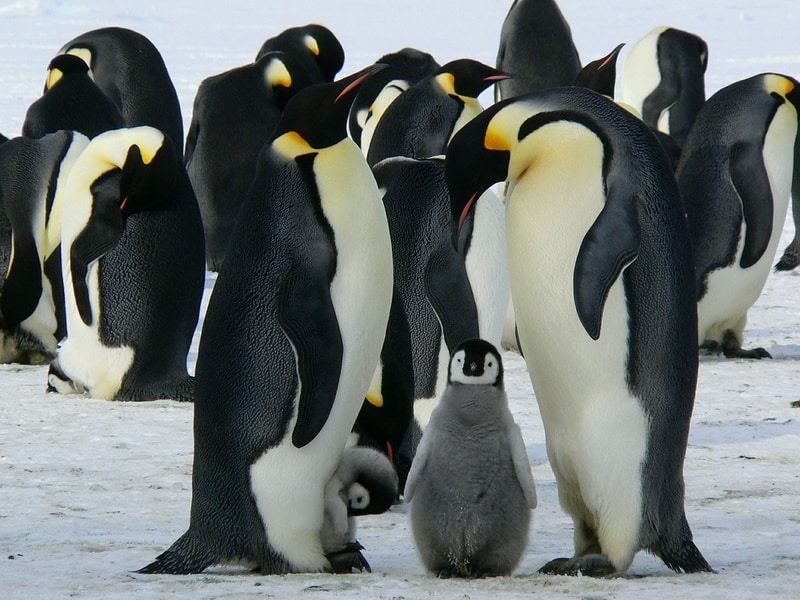 A new study using satellite mapping technology has revealed 11 previously unknown emperor penguin colonies in Antarctica, increasing the number of known colonies by 20%. The results provide a vital benchmark for monitoring the impact of environmental change on the populations of penguins.

Published in the journal Remote Sensing in Ecology and Conservation, researchers from the British Antarctic Survey (BAS) used images from the European Commission’s Copernicus Sentinel-2 satellite to locate the Emperor penguins. They were spotted by the distinctive red-brown guano patches the birds leave on the ice.

Three of the 11 new Emperor penguin colonies had been previously identified but never confirmed, taking the number of colonies around the world to 61. Surprisingly, two of the colonies were discovered on sea ice that has formed around icebergs grounded in shallow water, which has never been observed before.

Emperor penguins need ice to breed and as such, are located in areas that are difficult to study because they are remote and often impossible to access with temperatures as low as -50°C.

Dr Peter Fretwell, a geographer at BAS and lead author of the study, says, “This is an exciting discovery. The new satellite images of Antarctica’s coastline have enabled us to find these new colonies. And whilst this is good news, the colonies are small and so only take the overall population count up by 5-10% to just over half a million penguins or around 265 500- 278 500 breeding pairs.”

Unfortunately, most of the new Emperor penguin colonies are situated in locations that are likely to be lost as the climate warms. The researchers warn that these birds may be the ‘canaries in the coal mine’ and so need to be studied carefully to determine changes in the environment.

By next month, the researchers will direct satellites with very high, 30cm-resolution cameras over the colonies to enable the penguins to be counted.

Previous studies say that 80% of colonies will decrease by more than 90% by 2100 if sea ice in Antarctica decreases by half. Even if temperatures increase by 1.5°C, the best case scenario, the population will decrease by at least 31% over the next three generations.