How New York Smart City Projects are Leading the Way 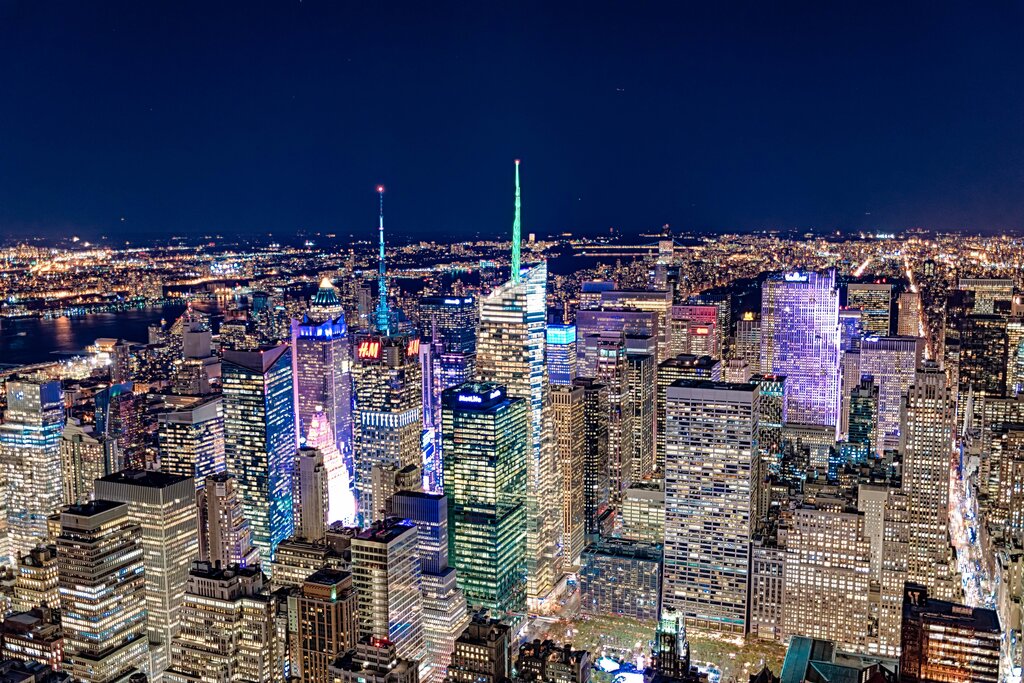 Home to Wall Street, Broadway, and the United Nations Headquarters, New York is often described as the cultural, financial, and media capital of the world. Yet, it is also the most populous city in the US and one of the most densely populated major cities in the world, boasting more than 8.5 million residents. As 66% of the global population is projected to move and reside in urban areas by 2050, the population of New York will also likely to climb significantly.

With a rapidly growing population, comes high energy consumption and carbon footprint. In 2020 alone, New York emitted about 56.5 million tons of carbon dioxide equivalent, primarily derived from its busy transportation and intensive electricity usage. With the goal to reach net zero emissions by 2050, the Big Apple not only needs to decarbonise many of its sectors, but to become more sustainable overall. One of the ways to do so is by adopting smart technologies and transitioning into a smart city to be more energy efficient and minimising carbon emissions.

What is a Smart City?

A smart city is a concept that sees the adoption of data-sharing smart technologies including the Internet of Things (IOT) and information communication technologies (ICTs) to improve energy efficiency, minimise greenhouse gas emissions, and improve quality of life of a city’s citizens.

For a smart city to be more environmentally-friendly, it relies on smart technology and data collection (and exchange) on problems related to waste disposal, traffic pollution, high energy consumption and any issues that have a major impact on the environment and accelerate climate change. This could take the form of sensors measuring air quality around a city, to renewable-powered buildings, to contactless payment technology, to city-wide electric vehicle charging stations.

Technology has always been essential to the economic growth of New York, bringing new job opportunities and attracting investment, not to mention providing better services to remain competitive as a globalised city. As such, New York has been ahead of the curve when it comes to adopting smart technologies and smart city concepts.

One of the earlier areas the New York city government tackled is to upgrade lighting to reduce and conserve energy. In 2013,  the Accelerated Conservation and Efficiency (ACE) programme was introduced where LED lighting retrofits projects took place across more than 650 buildings owned by 16 city agencies. As a result, the programme helped prevent over 900 metric tons of greenhouse gas emissions and save more than USD$800,000 a year.

Reducing water consumption and wastewater is also at the top of the city’s agenda. Every day, the city of New York uses 1 billion gallons of water. To combat this, the NYC Department of Environmental Protection deployed a large-scale Automated Metre Reading (AMR) system to better understand how water is used, and warns customers of potential water leaks should the system detect abnormal spikes in consumption. The programme has helped lower water bills for its residents, saving people more than USD$73 million in total.

When it comes to waste, the New York sanitation department – which happens to be the largest in the world – collects more than 10,500 tons of trash every day. To avoid trash overflows and logistical problems, “smart” garbage and recycling bins – also called the BigBelly – are placed across the city. They are powered by solar energy, and equipped with a chip that detects when the bin is full or too smelly, allowing trash collectors to schedule pickup trips more efficiently.  The bins also come with a trash compactor that can hold five times more waste than a conventional trash can. Since its deployment, the smart bins have improved trash collection efficiency by 50%- 80%, while cutting down emissions by reducing the time spent by garbage trucks on the road.

It doesn’t end there; The city is constantly carrying out efforts to conserve resources, reduce environmental impacts, and improve the quality of living of its population. Knowing the creative and innovative potential of its residents, the city holds an annual contest for apps that best utilise the city’s open data sets.

There is also a growing community of climate tech incubators and accelerators, such as Urban Future Lab, as well as organisations helping bolster smart technologies innovations and solutions-based startups in the city. Entrepreneurs are looking into city-driven renewable energy projects such as offshore wind that will help to meet electricity demand and create jobs and private investment along the way. Ultimately, for smart city revolution to occur, start-ups and companies will need shared access to resources they need to conduct and amplify research, gain funding, and pilot new technologies.

Looking ahead, smart climate adaptation projects will also be vital to protect the city from worsening effects of climate change, as evident with rising floods and extreme rainfall events.