The Oceans Are Facing Dangers Beyond Sea Level Rise 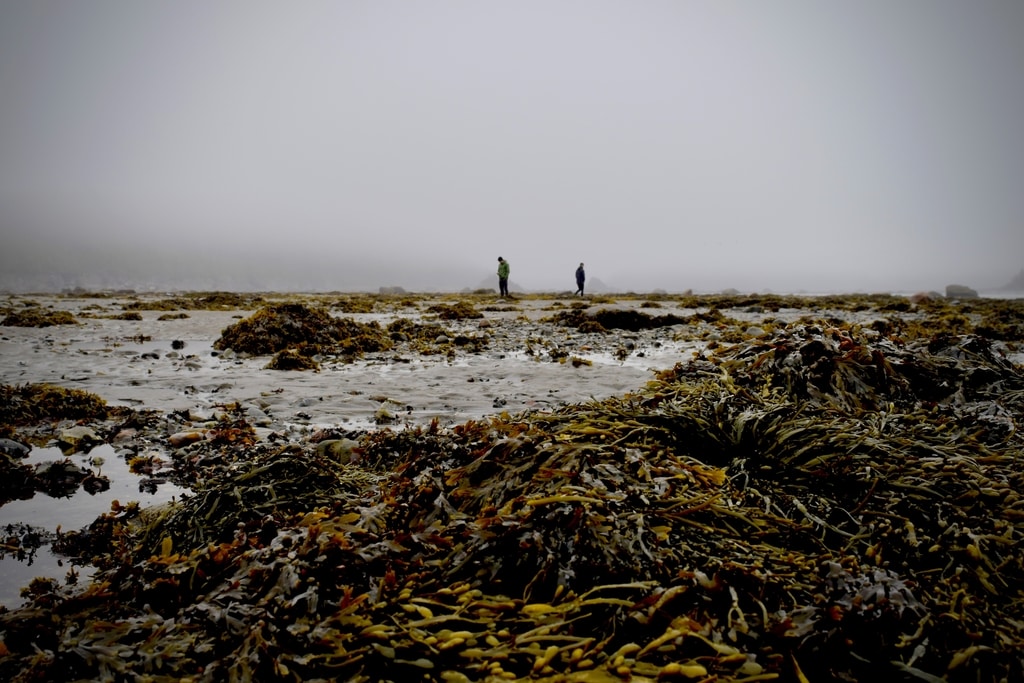 Warming ocean temperatures caused by the climate crisis have a profound effect on the ocean’s ability to function optimally. Besides sea level rise, other dangers facing the oceans include increased algal and seaweed growth in some areas, loss of coral reefs and impacts on fish location, abundance and migration patterns.

Higher-than-normal temperatures are often the main trigger for the growth of harmful algal blooms which occur in lakes, rivers and oceans. Only a few of these blooms produce toxins, however, many more have a significant negative impact on the ecosystems around them as they act as canopies, reducing light reaching the species below and affecting their ability to grow. Algal blooms typically appear just off the continent in relatively warm water, near enough to the surface to receive sunlight. Although algae photosynthesise and produce oxygen, when they accumulate in large quantities, they begin to take in more oxygen through respiration than they emit. This has a knock-on effect for fish as they are consequently deprived of oxygen. Additionally, these blooms consume other minerals, such as nitrogen and phosphorus which other species require, therefore limiting the growth of these other species.

Harmful algal blooms often occur in coral reefs, as these waters often contain the ideal minerals for algae to grow. These blooms prevent sunlight from reaching the coral, a harmful impact as corals require sunlight for the different types of algae inside of them to photosynthesise in order to provide the reefs with oxygen.

Further, anthropogenic climate change is causing bleaching of coral reefs. The Great Barrier Reef has been subject to bleaching over the recent years, with three intense coral bleaching events in five years. More than 50% of the reef has already been lost, with another 40% likely to disappear within 10 years.

Bleaching causes coral to turn white because its algae disappear or lose its ability to photosynthesise (as shown in the picture above). Further, as more greenhouse gases are emitted, sea temperatures rise, which put the coral under stress, causing them to expel the algae which live within them. As the algae provides energy for the coral, this causes the coral reefs to die. The Great Barrier Reef lost between 29% and 50% of its coral between 2014 and 2016 alone. To add to this, between 2016 and 2017, the number of new corals on the reef decreased by 89%.

Seaweeds, or macroalgae, are thriving in the environments that cause corals to become bleached. Corals grow in clear and low-nutrient waters. They survive through symbiosis with microalgae that live within the coral. The coral produces nutrients and carbon dioxide, which is used by the algae. Along with sunlight, the algae use these wastes to photosynthesise to produce oxygen and sugars that are used by the coral. However, as nutrient levels increase through pollution, ocean acidification and other factors, the environment becomes less suited for corals and more suited for seaweeds, a process that will exacerbate as warming intensifies.

Additionally, with rising temperatures comes the inability of fish to adapt to the changing conditions, which is causing the global distribution or migration of fish to change, as well as causing the extinction of some species altogether. With this warming, fish are migrating north to cooler waters; two areas where fish are migrating to are the North Atlantic and North Pacific. This migration has also caused cod populations in the North Sea to decline, affecting fisheries in the region.

As fish stocks are declining globally, two thirds of the fish stocks in the world are being overfished or fished to their limit. Overfishing has caused fish stocks to decline by 90% in recent years.

Ocean species are less capable of adapting to changing conditions than land species are, which is causing ocean species to be lost at a much faster rate. Many marine species are cold-blooded and rely on the surrounding temperature to adjust their body temperature, unlike land species; this, coupled with the lack of adequate shelter in the oceans from the dangers of these rising temperatures, is responsible for this difference in adaptability.

Researchers have called for a reduction in greenhouse gas emissions, ceasing overfishing and limiting ocean habitat destruction. Because humans are better able to adapt to warming temperatures, we forget about the ocean dwellers, which are not so lucky, however we rely on the ocean for food, tourism and trade, so it is therefore in our best interest to protect the oceans and all that live in it from these dangers.