How Ozone Pollution is Destroying Plants 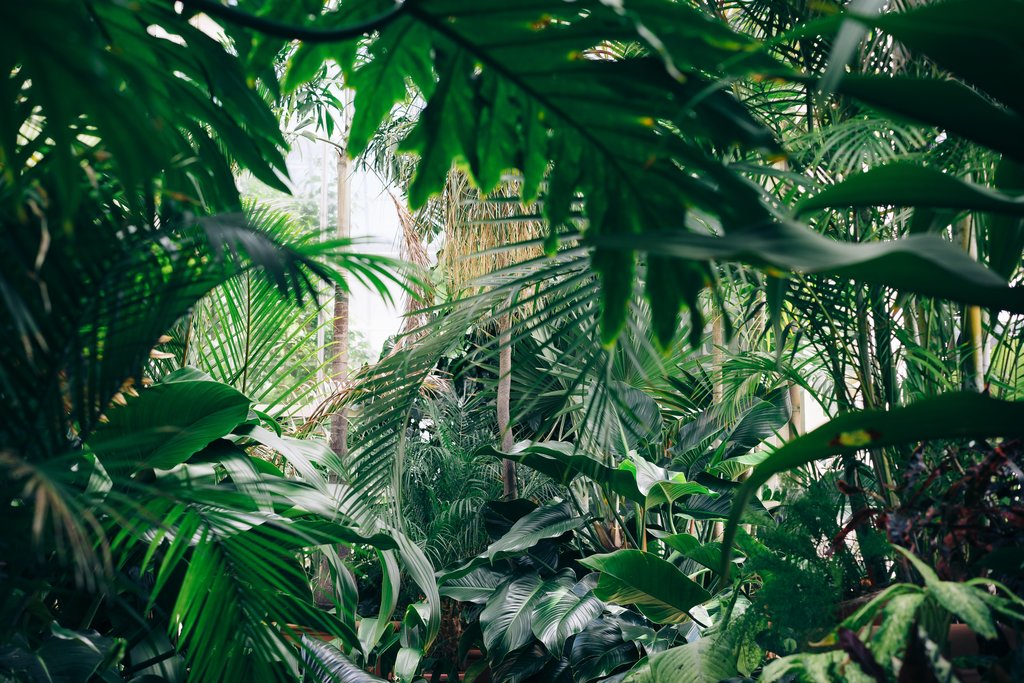 When we talk about ozone, the image that most often springs to mind is the ozone layer in the stratosphere that protects us from harmful ultraviolet (UV) rays from the sun. The depletion of this ozone layer increases surface UV levels, making its protection vital. However, ozone pollution can also be detrimental to the health of plants. How does it do this and what does it mean for a warming planet?

How does ozone form?

The ozone layer depletion- called the ‘ozone hole’- over the North and South Polar regions has been a pervasive problem throughout the 20th century. Caused by pollutants such as chlorofluorocarbons (CFCs) and other anthropogenic pollutants such as halons- gases found in aerosols and refrigerants- more UV rays are able to reach the Earth’s surface and can increase rates of skin cancer. The Montreal Protocol signed in 1987 has greatly reduced the emission of CFCs; studies show that the global climate would be at least 25% hotter today without the Protocol and new satellite images show that the largest hole ever observed in the ozone layer over the Arctic has closed.

While these events provide a sense of hope that efforts to reduce aspects of the climate crisis are working, there is another threat associated with ozone that affects human health and particularly plants that has recently come to light- surface ozone pollution.

Discovered by a Dutch chemist named Van Marum in 1840, ozone gas is a colourless gas that is used as a disinfectant and water treatment option because of its strong oxidative property that kills microorganisms. The gas is also used in ozone therapy, which is when ozone is injected into a patient’s body to disinfect the area around the bacteria, improving the body’s intake and use of oxygen and activating the immune system. Some have claimed that ozone therapy can be used as a treatment for the COVID-19 virus, however the Food and Drug Administration in the US has asserted that ozone is a toxic gas and ‘has no known useful medical application’. Scientists and medical professionals have asserted that ozone therapy can cause respiratory irritation, heart problems, poor circulation, strokes and other afflictions.

Among various air pollutants, surface ozone- mostly produced photochemically from anthropogenic precursor gases such as nitrous oxide from vehicles and volatile organic compounds (VOCs) from solvents- is of particular concern due to the significant harm it can pose to both human and ecosystem health. The phytotoxicity of ozone has been shown to impair photosynthesis, reduce gas exchange, induce early leaf senescence (ageing) and hamper growth in both natural vegetation and crops.

As plants play a vital role in regulating the ambient environment, ozone-induced damage in plants may further accelerate environmental degradation, with severe consequences for human health. The increasing ozone trend could be the result of increased temperature and reduction of humidity in subtropical climates, which induce stress in plants and in return reduce the ozone absorption ability of plants, increasing ozone concentration in the atmosphere.

Ozone is one of the most difficult pollutants to control because it is not directly emitted. Instead, dangerous compounds and nitrous oxides released from vehicles, power plants, landfills and other biomass and fossil fuel burning facilities react with sunlight to form this secondary pollutant. According to Hong Kong’s Environmental Protection Department’s 2019 air quality monitoring results, the average ozone level has been increasing over the past 20 years, despite government efforts to clean the air and overall air quality and other major pollutants’ level improving steadily.

To investigate the impact of ozone on plants, Dr. Felix Leung from the Chinese University of Hong Kong established a free-air experimental garden to monitor, quantify and understand the mechanisms of ozone damage on plants. In this experimental field, dubbed the ‘ozone garden’, the team grew cultivars of beans with different ozone sensitivities as a bioindicator of the local air pollution impacts on ecosystems.

The beans showed a distinctive red mottled pattern on the leaves according to the level of ozone in the atmosphere. There are two genotypes of beans that show different sensitivity to ozone. Dr. Felix Leung and his team found that the ozone-sensitive genotype bean suffered higher ozone-induced foliar damage, with more red mottles and a higher death rate. This shows that ozone level in Hong Kong is high enough to cause significant damage to plants even in the countryside.

Professor Amos Tai from the Faculty of Science says, “the data obtained from this garden is essential to not only demonstrate the impacts of air pollution on plants under locally specific environmental conditions, but can also be used to derive important parameters of ecophysiology and biometeorology that can be used to build a regionally relevant earth system model for predictive purposes. Such an ozone garden has also been shown to provide great opportunities for public education. The differences in visual damage on ozone-sensitive, normal and ozone-tolerant plants are often striking, and can be used in publicity and educational events to raise awareness of pollution impacts on life and to galvanize corresponding technical and policy solutions to protect regional ecosystems and agriculture against pollution threats.”

To specifically tackle ozone pollution, the governments of Hong Kong, Guangdong and Macau have committed to a 3-year joint study from 2020-2023 to better understand the origins of ozone precursors, its formation and its transportation. Hong Kong and Guangdong are also adding real-time VOCs monitoring in the regional air quality monitoring network and wind profiles at higher altitudes to track the transportation of pollutants over Hong Kong, with a view to tackle ozone pollution.

The Hong Kong government should add more incentives to encourage the use of electric cars and convert existing public transport modes to electric. Additionally, more ozone-tolerant trees should be planted along the roadside to improve air quality. It is only through these proactive measures that ozone pollution can be tackled and mitigated; it is therefore imperative that more studies such as the one conducted at CUHK are undertaken to better understand the problem.