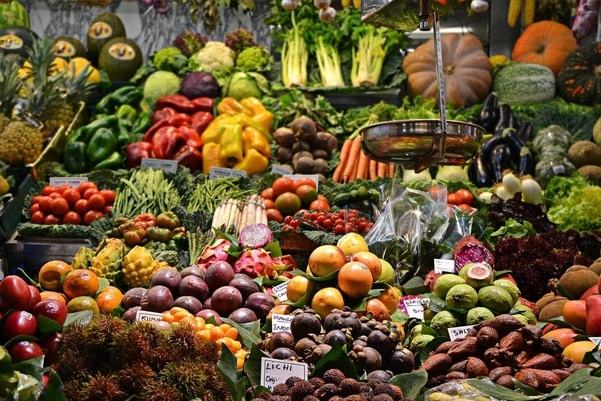 To put together the report, the researchers distributed questionnaires to the seven largest supermarket chains in Hong Kong according to market share and number of stores, including Wellcome, YATA, City’super, ParknShop, Fusion, U Select, Taste and Marks & Spencer. The supermarkets were assessed in terms of four aspects, namely ‘plastic-free policies’, ‘plastic-reducing measures’, ‘initiatives and innovations’ and ‘information transparency’. The group assigned the supermarkets with scores out of 100; Dairy Farm had a score of 15.5 and A.S. Watson, 27.1.

Generally, the researchers determined that the performance of all chains are unsatisfactory and urged them to abandon excess plastic packaging as soon as possible.

A.S. Watson, which owns ParknShop and Fusion, among others, has set up a refilling station where non-packaged personal and household items are sold and customers can bring their own containers. The group has claimed that the idea will be rolled out to other branches. They, as well as City’super and YATA, offer discounts to customers who bring their own containers to the cooked food section. A.S. Watson has also stopped selling plastic straws, but not other disposable plastic products. Other supermarkets have not followed their lead, and have no plans in place to abandon disposable plastic products.

YATA provides customers with plastic-free shopping options, such as non-packaged oil and vinegar. However, customers have to use containers provided by the supermarket. YATA has claimed they will set up refilling stations.

Other supermarkets surveyed do not provide plastic-free options and have shown no willingness to reduce waste at source, replace disposable containers with reusable ones or make changes to their logistics.

Overall, none of the supermarkets surveyed have formulated comprehensive policies to go completely plastic-free.

YATA documents its use of different types of disposable plastic packaging and is willing to dispense it publicly. A.S. Watson and Dairy Farm, who owns Wellcome, provide the use of plastic packaging on some of their products, while other supermarkets surveyed do not provide such information nor do they intend to.

Recommendations given by the group include the adoption of comprehensive policies, such as by setting a clear timetable for achieving bigger goals of using less plastic, and increasing transparency regarding whether it has gone plastic-free.

Countries like China, India, Italy, France and numerous African countries have implemented plastic bag levy schemes or plastic bag bans. In 2018, the EU passed the European Strategy for Plastics in a Circular Economy bill to change the design, use, production and recycling methods of plastic products. The European Commission shortly thereafter proposed a motion to gradually ban the 10 most commonly found disposable plastic products.

In the Policy Address in October 2019, the Hong Kong government mentioned ‘cooperating with the retail industry to promote and encourage reduction in the use of plastic packaging’, but so far no meaningful action has been seen in this regard.

According to the report, polystyrene (PS) and polyethylene (PE) are found all over the coastal waters in Hong Kong, and are also commonly found in disposable food packaging. Therefore, supermarkets play a crucial role in reducing pollution from plastic packaging.

Global plastic production has surged in the last 50 years, from 15 million tons in 1964 to 311 million tons in 2014, of which 26% is used in plastic packaging. Discarded plastic has become a prevalent part of almost every ecosystem on the planet, from the ocean, where 90% of seabirds have been found with plastic in their bodies, to microplastics that have recently been discovered in Antarctic ice.

Recycling is also not the best, nor is it the easiest way to solve the problem. Since the 1950s, the world has produced around 8.3 billion tons of plastic, among which only 9% was recycled. In 2013, 14% of the plastic packaging used globally was recycled, 14% of the remaining plastic was incinerated, 40% was dumped in landfills and almost one third of it was dumped into the natural environment.

It is clear that plastic packaging has never been appropriately dealt with; governments should therefore refrain from touting recycling as the best solution. The production, transportation, consumption and post-consumption stages should be considered, and recyclable packaging, innovative logistics and sales methods, and making sure that resources are reused and recycled in a circular economy can we truly alleviate pollution caused by plastics.

This is especially true during the current COVID-19 pandemic, which has seen the disposal of a significant amount of waste, such as that of masks and hand sanitiser, as people try to protect themselves.

Hall Sion Chan, campaigner at Greenpeace East Asia, says in a letter, “The results make it clear that supermarkets may have relied on false solutions to tackle the plastics problem” and uses the example of Dairy Farm reducing the weight of several plastic items instead of getting rid of plastic items when wrapping their products.

Supermarkets in Hong Kong need to reconsider the necessity of plastic packaging. In a city that generates as much waste as Hong Kong, supermarkets can play an important role in easing this problem. That they choose not to is an egregious disrespect for its customers.