‘It’s a Success’: Pangolins Return To a Region Where They Were Once Extinct 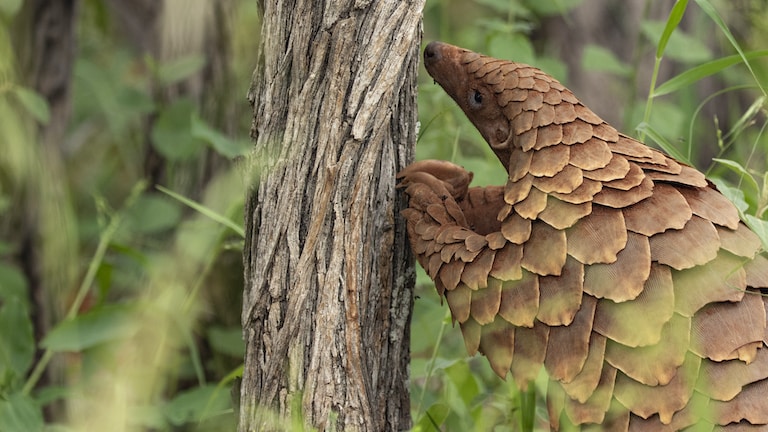 Pangolins have been locally extinct in South Africa’s KwaZulu-Natal province for the last 30 or 40 years, experts say. But now, local conservationists are working to slowly reintroduce these shy, sensitive animals in a world-first effort to reinstate wild populations.

The eight species of pangolins together are considered to be one of the most widely trafficked animals in the world, despite the trade being prohibited under CITES. Due to the trade’s illegality, poachers and smugglers work hard to avoid detection, but authorities still manage to intercept thousands of these trafficked animals and their body parts each year. In 2019 alone, authorities seized more than 97 tons of scales from more than 150,000 African pangolins, according to the African Pangolin Working Group, although this is believed to only represent a small fraction of the trade originating from Africa.

Historically, the pangolin trade has been fueled by traditional Chinese medicine, which values pangolin scales for their medicinal qualities, despite the fact that they only contain keratin, the same substance found in human hair and fingernails. However, China recently banned the trade of pangolins within the country, which may help stop, or at least stall, the global trade of the species. Pangolins are also hunted and traded for their meat, which is considered to be a delicacy in some countries, including many African nations. 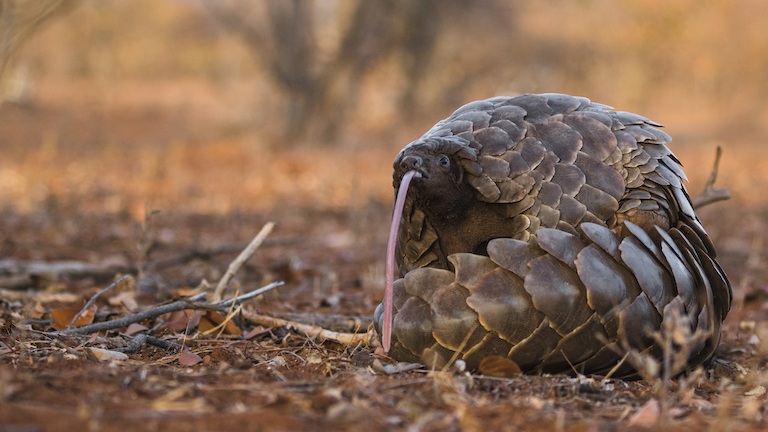 The Temminck’s pangolin (Smutsia temminckii), also known as the ground pangolin, has a wide range across Africa, but is considered “ecologically extinct” across KwaZulu-Natal, the easternmost province in South Africa, according to Ray Jansen, an advisory authority on the species for the IUCN. While an “odd pangolin” might reside in some northern parts of the province, he told Mongabay, the population as a whole is not viable.

The loss of the species in the KwaZulu-Natal is mainly due to pangolin poaching and trafficking, although Temminck’s pangolins are also commonly electrocuted by the fences separating parks, nature reserves and private properties.

For the last 10 years, the team at the African Pangolin Working Group (APWG) have been rescuing pangolins from the trade, and rehabilitating them so they can eventually be released back into the wild in South Africa. But it was only in 2019 that the team started reintroducing pangolins into the KwaZulu-Natal province, where they’ve been ecologically extinct.

“They’re all pretty much in a very bad way when they come out of the trade,” said Jansen, who chairs the APWG. “They don’t feed in captivity, so they’re generally quite emaciated and dehydrated and extremely stressed.”

The first stop for these rescued pangolins is Johannesburg Wildlife Veterinary Hospital, a nonprofit facility that only treats wildlife. In most cases, the pangolins need antibiotics to help ward off illnesses that they picked up while being trafficked, Jansen said. If they survive this process, they’re placed in what he calls a “soft release” program.

“We found that this soft facilitated release is far more successful than simply opening a cage door and letting the animal go,” Jansen said. “We’ve seen it with other wildlife as well. When you transport and transpose other animals like lions and buffaloes and elephants, you first need to put them into a boma [corral] firstly to feed them there for a couple of weeks, get them accustomed to the habitat, the food, the environment, the sights, the sounds. Pangolins are no different.”

During the soft release period, caretakers will take the pangolins for long walks in the reserve to ensure they can find enough ants and termites to eat, then take them back to a secure shelter to sleep.

“We have to go and physically walk behind them for anywhere from four to seven hours every single evening so that they can forage,” Jansen said. “It requires a huge amount of effort and manpower.”

The soft release program may only take days or up to three weeks, depending on the animal’s ability to adapt to its surroundings, Jansen said. When they’re eventually released, caretakers continue to observe them through GPS satellite-based and VHF radio-based tracking tags. They also regularly weigh the pangolins and give them medical checkups.

In 2019, the team rescued 43 pangolins from the trade, and reintroduced seven into the Phinda Private Game Reserve in KwaZulu-Natal province. Phinda was an ideal release site because of its large size and the “good team on the ground,” Jansen said.

“Out of the seven we’ve released on Phinda, one individual got a very large tick infection and got biliary and died, and another individual … swam across a large river then was taken by a crocodile,” Jansen said. “But these are natural deaths that aren’t related to the trade.”

“They’ve found food, they’ve found burrows, and they’ve survived the full 12 months of summer and winter, and they’re still here … and this is a success,” Naylor said. However, he added that the ultimate measure of success would be when the pangolins started to reproduce.

One of the five pangolins is a young male named Rampfy who was picked up on the side of the road near Kruger National Park in 2018, and hand-raised by a number of individuals.

“This little male is quite special,” Naylor said. “No [Temminck’s] pangolin has ever been hand-raised and released back into the wild, and he’s been out in the wild since November and doing very well. I think it just shows that with a lot of efforts, we can successfully hand-raise and release these animals, and give them a second chance.”

There are plans to reintroduce more pangolins into the Phinda Private Game Reserve, Naylor said. In fact, they’re expecting another pangolin to arrive shortly.

“I think this is a very special project, and no one knew how it would turn out,” Naylor said. “They’re very stressed animals when they arrive here, and it’s been a lot of hard work … very late nights, long hours. We’ve put a lot of funding towards it, with the monitoring, especially. But I think for the species, it bodes well — we’ve managed to show that we can successfully reintroduce these animals.”