Trophic Rewilding: The Science of Reintroducing Predators Into An Ecosystem 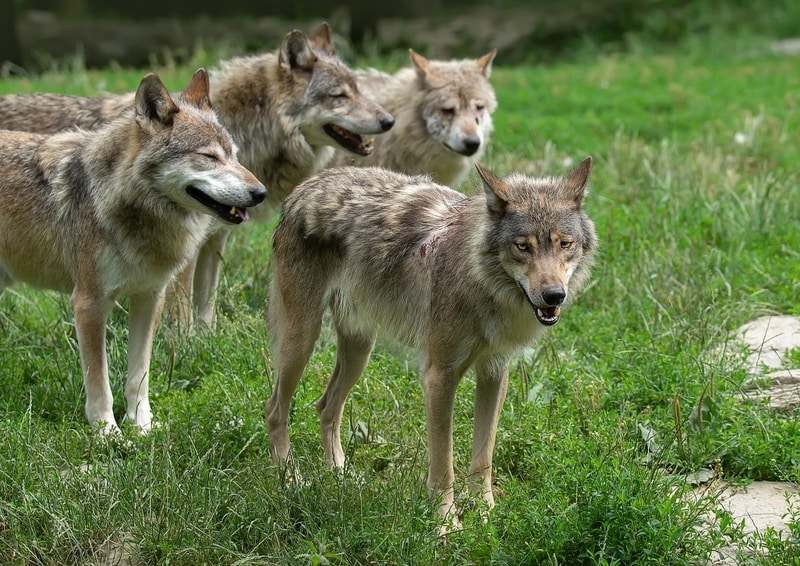 There is a “Catch-22” when it comes to environmental conservation. The impact our interventions may have on the environment are multifarious, so extensive that we rely on meticulous scientific methods to minimise negative impacts. However, the rigorousness of science can be time-consuming, which when it comes to the time-sensitive nature of climate change and environmental degradation, is increasing the risk of loss. The rate of global environmental decline – biodiversity loss, habitat loss, environmental pollution, resource depletion – is occurring too rapidly for scientific intervention alone. Some more ‘radical’ interventions include introducing predators into an ecosystem, the central tenet of trophic rewilding. What are the consequences of this method?

Despite the blanket term, the concept of rewilding is actually multifaceted, but there is one type that has caused controversy across different continents: trophic rewilding. Defined as ‘an ecological restoration strategy that uses species introductions to restore top-down trophic interactions and associated trophic cascades to promote self-regulating ecosystems’, certain projects focusing on trophic rewilding have met resistance in some countries.

While rewilding does not necessarily promote an ‘act now, think later’ strategy, the concept does push for action based on existing knowledge of ecosystem functioning and the application of restorative and protective conservation methods. We understand the theory of trophic levels and the interactions between them that form the mechanics of a functioning ecosystem, as well as the roles species play in different environmental processes. So, by attempting to identify the missing or declining components in degraded ecosystems, whether microscopic pedological factors or a top-level carnivore, strategies of reintroduction, protection, or restoration can be employed, which can all be categorised as rewilding strategies.

However, the strategy has not gone unopposed. Prior to the reintroduction of wolves in Yellowstone National Park, USA in 1995, there were concerns over public safety as well as predation of livestock by the proposed grey wolf population increase. In the UK, plans in 2017 to reintroduce the Eurasian Lynx were met with backlash from farmers due to concerns of sheep predation. These concerns are similar to farmers in mainland Europe, where an increase in support of rewilding is resulting in increased populations of large carnivores.

While predation of livestock and compromised human safety are possible risks, some argue that the opposition to trophic rewilding is unnecessary. In the Netherlands, Leo Linnartz, a Dutch ecologist, argues that 30 years ago the population objected to rewilding practices, but the principles are becoming central to conservation, reflected in the public acceptance of increasing wolf populations, despite the country’s small size.

Furthermore, when analysing the impact of carnivore reintroduction, the advantages are evident. The most compelling example of a successful reintroduction is grey wolves to Yellowstone National Park. It has been 25 years since their reintroduction, and the long temporal scale of this ‘experiment’ is helping to build arguments for reintroductions elsewhere in the world.

The extinction of wolves from the national park had resulted in an exponential growth of ungulates, which put pressure on the park through overgrazing, ground compaction, and soil erosion. The absence of wolves also resulted in a boom in coyote populations. Due to their small size, the coyotes were unable to control the ungulate population and instead pressured lower trophic levels through predation of herbivores, such as pronghorns and domestic sheep, and through competition with smaller predators, like red foxes. The overall result was a decrease in biodiversity and habitat heterogeneity across the park.

Between 1994 and 1996, a total of 31 wolves were released into the park. From numerous studies and surveys, the trophic cascade which has been observed from their reintroduction is remarkable. While Dobson (2014) describes in detail the impact that the return of wolves has had in Yellowstone, the main highlights include: providing ecological niches for scavenging species through increased numbers of elk carcasses; reducing the time deer graze due to wolf presence, which decreases overgrazing of important species such as aspen, cottonwoods and willows; reducing the number of coyotes in wolf territories, and the increases in abundance of willow and aspen species have resulted in an increase in beavers, which impact river hydrology in terms of water storage and water table recharge, flood regulation, habitat creation for aquatic species, and improve water quality. While these notable impacts are already impressive, it will take decades to truly understand the full impact of the reintroduction.

While it is important to realise that not every system will respond the same, and a reintroduction of a different predator elsewhere may not have as extensive an impact, we can use lessons from Yellowstone to identify vulnerable predators that are still established in their ecosystems. For example, in Australia where dingo declines have been observed, there have been increases in cats and foxes, as well as increases in kangaroo populations, which pressure lower trophic levels of small predators and herbivores and increase grazing pressure respectively. In sub-Saharan Africa, a study identified that a loss of lions and leopards would increase the population of olive baboons, resulting in a decline in small ungulates and small primates. Also, baboons themselves pose the greatest threat to crops and livestock, emphasising the ecological and socio-economic importance of the large predators.

The presence of top carnivores in an ecosystem not only holds ecological value but serves an economic and social purpose to humans. Rewilding, or more specifically trophic rewilding, is shedding light on the importance of predators and providing evidence of their benefits. The results will also help to advocate for the protection of existing trophic chains that are regulated by their top predator.

Why is Europe Losing Forests to Harvesting So Rapidly?