How Do Plants and Soil Microbes Work Together to Boost Crop Yields? 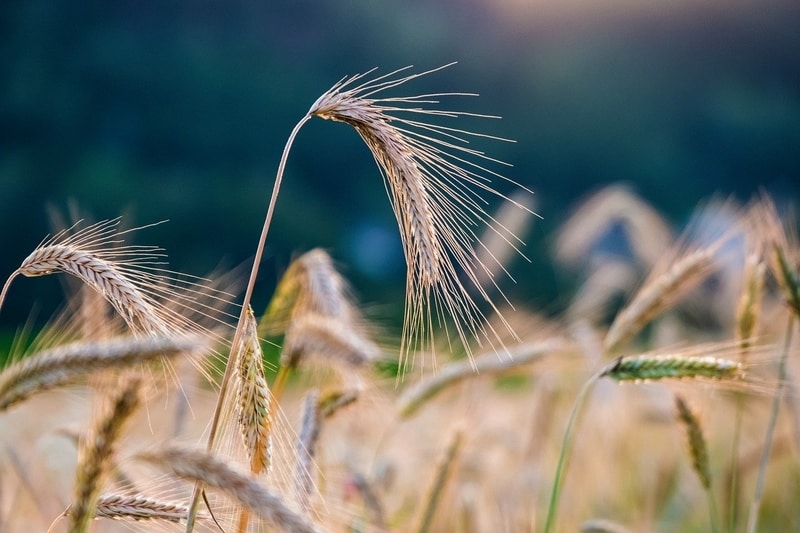 With the global population forecast to reach 9.8 billion by 2050, the question of developing effective means of matching the food supply with demand has been on the agenda prior to the Green Revolution. The inability of conventional agriculture to achieve the necessary 70-100% increase in productivity to feed the world by 2050 is worrisome. Rising to the challenge, scientists and agricultural giants have turned their attention to soil- the most complex ecosystem on earth- and its humble microbes to boost crop yields.

There are around 50 billion microbes in a spoonful of soil. The soil microbiome, consisting largely of bacteria and fungi, greatly influences plants by forming associations with their roots. The zone of soil which fosters interactions between microorganisms and plant roots is known as  the rhizosphere. Here, symbiotic relationships, crucial to the health of crops, are formed.

In 1888 Martinus Beijerinck isolated a type of symbiotic bacteria called rhizobium, which has been implemented into farming practices to boost crop yields as a natural nitrogen fertiliser ever since. Rhizobium colonises roots of legumes, forming characteristic nodules, and turns nitrogen from the air into a ‘bioavailable’ (easy for plants to absorb) form in the ground – a process known as nitrogen fixation.

Microbes in the soil help to boost crop yields in a variety of ways. They are critical to nutrient cycling, particularly of phosphate, which is essential to crops and cannot be manufactured. There are bacteria which produce antibiotics that defend plants from harmful bacteria and some directly stimulate growth through phytohormones. Others induce epigenetic changes, meaning that they alter the physiology of a plant to the point of modifying its gene expression, making plants more productive and resilient to changes.

Microbes also provide plenty of indirect support. For example, they improve water retention by aggregating into sticky colonies called biofilms, which coat soil particles and trap the moisture within while simultaneously creating a fluffy, optimally-structured soil with tiny air pockets.

Even more fascinating are fungi, notably a specific type called arbuscular mycorrhizal fungi (AMF). AMF permeate the roots and the soil with long finger-like projections called hyphae, which act as extensions of the host’s roots, bringing in nutrients. Additionally, through this network of hyphae, collectively called mycelium, fungi protect crops against pathogens, reduce the impact of pollutants and offer greater resistance to environmental changes such as water stress, soil temperature, pH and more. In productive soil, the mycorrhizal mycelium is very developed and serves as a means of sophisticated communication and signalling between plants, like informing about any deficiencies in an area or sending warning signs of pest attacks. It can even increase plants’ resistance to pests. More than 90% of plants form some connections with AMF.  Inconspicuous AMF, themselves, can grow to enormous lengths. The largest organism on Earth is Armillaria ostoyae, a fungus spread over nearly 2 400 acres across the Malheur National Forest, US.

As mentioned, such relationships of the rhizosphere are symbiotic, or based on reciprocity, meaning plants serve friendly microbes just as much in return. As Ben Brown, a researcher from Berkeley’s Lab working on the AR1K Smart Farm project, puts it, ‘they do an exceptional job of farming their microbiomes’, referencing how plants exude compounds to kill off harmful bacteria and provide carbohydrates for their allies to feed on. It is not far-fetched to compare the rhizosphere microbiome, in its role and importance, to that of a human gut microbiome. In fact, scientists involved in the project dubbed their microbial mixtures ‘soil probiotic’.

In the early 1950s, Norman Borlaug created a high-yielding strain of wheat by genetically modifying the plant. This invention spurred experts and farmers to begin the Green Revolution, a large-scale effort to increase food production and prevent devastating famines in the 20th century. The use of new genetically modified (GM) crop varieties, requiring more nutrient and irrigation input, became the catalyst for the worldwide spread of intensive conventional agriculture. This meant extensive use of chemical fertilisers, a significant increase in water demand and the growth of monoculture cultivation.

In Asia, the Green Revolution increased yields from 310 million in 1970 to 650 million tons by 1995. Despite a 60% growth in population over the same time period, wheat and rice became cheaper, caloric availability per person increased nearly 30%, and only an additional 4% of farmland was used. Because of these remarkable results, the predicted famine was prevented and in 1970, Dr. Borlaug was awarded a Nobel Peace Prize.

The momentary success of the Green Revolution is indisputable, but its legacy experienced today- land degradation, leaching and eutrophication, greenhouse gas emissions, and genetic diversity loss- impugn the idea of agricultural intensification as a viable solution.

One of the problems with chemical fertilisers is that it replaces the soil microbes. When plants are simply given what they need, there is no incentive for them to form or maintain relationships with soil life, and so the network of connections disintegrates. Moreover, the cropping practices alone, for example tillage, impact the rhizosphere interactions. In the absence of microbes, crops rely solely on human imitation of their services, as it is done in industrial farming, which soon ceases to be economically or environmentally viable. Therefore, some of the world’s agricultural giants, like Monsanto and Novozymes, are investing in large-scale analyses of soil samples and testing out different mixtures of microbes to be used as seed coatings or soil amendments. As the aforementioned rhizobium, every microbe in the soil has a specific function. Hence scientists are trying out different combinations of microbes to find the optimum blend. In an interview for the Scientific American, these scientists expressed no intention of using GM organisms, but ones derived straight from soil. As a collective effort, 500 000 plots of US farmland were sown with seeds coated in 2 000 different mixtures of microbes in field trials unprecedented in scope. Increased crop yields were successfully obtained, and the companies predict that 50% of US farmland will be using some form of soil microbial crop aid by 2025.

Healthy soils support healthy crops and produce high levels of soil organic matter (SOM) which stores carbon. Intensive industrial farming practices strip the land off of this organic matter. The buildup of SOM is very important, particularly at the time of global climate crisis, because it prevents carbon from being released into the atmosphere by keeping it in the soil instead. This and other forms of ‘carbon farming’, a recent article states, should be incentivised to decelerate global warming.

In summary, soil microbes not only boost crop yields but offer more resilience to the impacts of climate change. Hence, in answering the question of the future of posterity, the science points down to the soil with emphasis on ecological intensification.