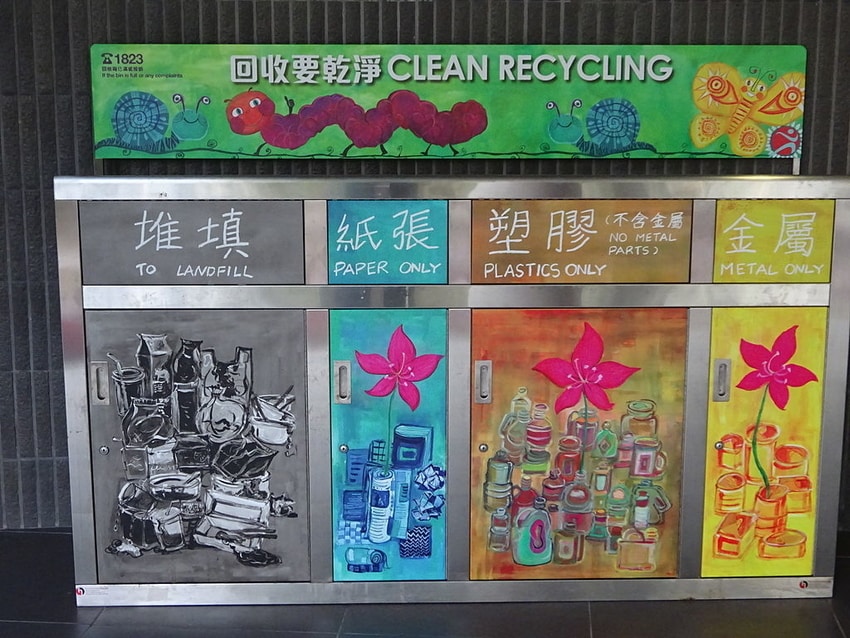 An investigation by Hong Kong news media outlet HK01 has found that nearly two-thirds of housing estates surveyed, both public and private, have sent plastic bottles collected in recycling bins to landfills.

The journalists located seven of the devices in the Nim Wan and Lin Ma Hang landfills, and two devices in waste collection stations in West Kowloon and Sha Tin. Shockingly, five of the nine housing estates sending recyclable waste to landfills and waste collection stations had been awarded under the Environment Protection Department’s (EPD) Source Separation of Domestic Waste Award Scheme in 2018/2019. One estate, Metropolis Phase 2, has received the highest “Diamond Grade” for two consecutive years. 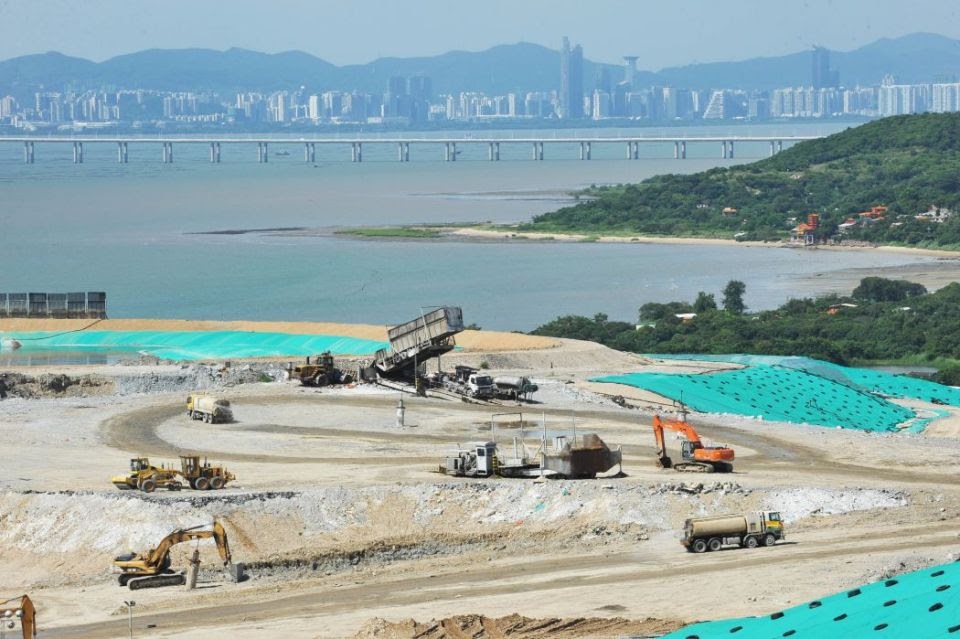 Cleaners at some of the estates were interviewed and said that much of the plastic is not recycled and is ‘abandoned as garbage’. Others claimed that collectors had not picked up recyclables from the building for at least six months, and that cleaners had to therefore send them to municipal waste management.

Some attribute the lack of recycling to the low value of plastics in Hong Kong. According to local environmental group, Green Sense, one kilogram of collected, separated and processed plastic waste may generate HKD$0.30- $0.50 for recyclers. The price of recycled plastics has been in decline since 2018. In Mainland China (where Hong Kong was sending much of its waste before China banned foreign waste), the value per ton dropped from 8010 yuan (HKD$8700, USD$1100) in October 2018 to 7164 yuan (HKD7800, USD$1012) at the end of 2019.

Further, in June 2019, recycling prices for paper and cardboard were slashed by nearly half, adding to the woes of waste collectors in Hong Kong and contributing to a buildup of waste in landfills, which are projected to be full by the end of the year. To meet the city’s demand for waste disposal, the government is expanding the South-east New Territories Landfill by an additional 13 hectares, which should meet the city’s landfill needs until 2030.

The Hong Kong Environmental Protection and Recycle Industry Sustainable Development Association says that the government and property management companies should provide monetary subsidies to recyclers to incentivise the proper collection and recycling of plastics. The association also urged property management companies and housing estates to disclose the names of recyclers, something that is not currently done, meaning that residents have no channels to monitor recyclers. It also urged the Environmental Protection Department to compel estates to publish detailed monthly recycling records and receipts.

Recent statistics from the Environmental Protection Department have indicated that the average daily disposal quantity of plastic bags in 2017 rose to 793 metric tons, just short of the 867 ton level recorded in 2008, a year before the levy scheme was introduced.

In 2018, Hong Kongers sent an average of 1.53kgs per person of solid waste to landfills every day; in 2013, the Hong Kong government set a target that, by 2022, each person would throw away no more than 0.8kg of waste per day. It is unknown whether waste being sent to landfills has increased or decreased in the months since the outbreak of the coronavirus outbreak, as municipal waste data for this period has not yet been collected.

The city sent a total of 5.87 million tonnes of solid waste to local landfills in 2018. Just 30% of solid waste was recycled in the city in 2018, which is made all the more concerning due to the fact that recycling facilities in the city are very basic, sorted by hand. In 2016, just 14% of plastic was recycled and in 2017, it was estimated that Hong Kong threw away 5.2 million bottles every day.

According to WWF Hong Kong, about 80% of the city’s marine litter is plastic, especially disposable products such as plastic bottles, plastic bags and packaging material.

However, there has been a delay in the implementation of the Legislative Council’s Municipal Solid Waste Charging Scheme (WCS). The scheme was formally introduced in 2018 and taxes residents according to how much waste they send to landfills. The fee for disposing a ten-litre bag of waste is set at HKD$11, meaning that the average household would pay between HKD$33 to $51 a month.

It is vital that we reduce our use of plastic on a personal consumption level, but it is also imperative that the Hong Kong government -and others- implement effective recycling measures and financially incentivise recyclers to collect plastic waste. Our landfills will not be able to bear the burden of the city’s waste for much longer.