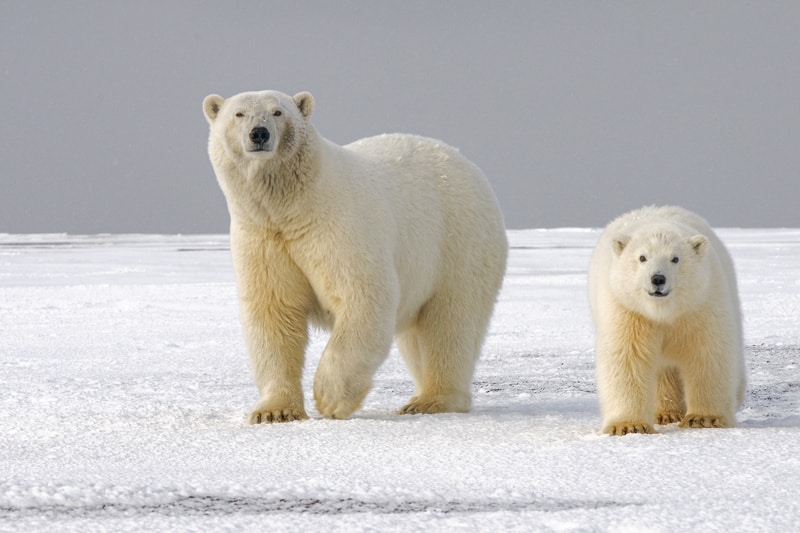 A 2020 study has predicted that polar bear extinction will occur in the Arctic by 2100 if greenhouse gas emissions remain on their current trajectory. Further, polar bears are likely to experience reproductive failure by 2040, reducing the number of offspring needed for population maintenance.

The study, published in Nature Climate Change, analyses how polar bears will be affected under two greenhouse gas emission scenarios. 13 of the world’s 19 polar bear subpopulations were examined, representing about 80% of the species’ total population.

The researchers found that under a ‘business as usual’ emissions scenario, polar bears will most likely only be found in the Queen Elizabeth Islands – an archipelago in Canada – by the end of the century.

In a scenario of moderately mitigated emissions, it is still likely that polar bear populations in Alaska and Russia will experience reproductive failure by 2080.

The researchers modelled polar bears’ energy use, in addition to body mass, to derive the threshold number of days they can persevere without food before adult and cub survival rates decline. Following this, they combined the thresholds with the projected number of future sea ice-free days to establish how and where populations will be affected in the Arctic.

Peter Molnár, biologist and lead author of the study, says, “Even in the case where greenhouse gas emissions are mitigated, some subpopulations will go extinct by the end of the century, including those polar bears in the vulnerable, southernmost ice areas of western Hudson Bay, Davis Strait and southern Hudson Bay, but we would have substantially more populations persisting by the end of the century, even with reduced reproduction, compared with a business-as-usual emissions scenario.”

The researchers noted that their study, at most, models a conservative ‘best-case-scenario’ projection such that the figures and impacts outlined are more lenient than the harsh realities of the extinction of polar bears. “The impacts we project are likely to occur more rapidly than the paper suggests,” Steven Amstrup, co-researcher of the study says.

The IUCN/SSC Polar Bear Specialist Group estimates that there are less than 26,000 polar bears left in the world, comprising 19 different subpopulations that inhabit places like Svalbard, Norway, Canada and Alaska. Polar bears rely on sea ice to hunt for food, however, with sea ice melting as a result of global warming, polar bears are more likely to go hungry due to lack of hunting ground availability.

Molnár outlined that it was always inevitable polar bears would suffer under the pressures of the climate crisis, “but what was not fully clear was when we would expect major declines in the survival and reproduction of polar bears that could ultimately lead to their extirpation. We didn’t know whether that would happen early or later in this century.”

Polar bears rely on energy reserves built up over the winter hunting season to endure the lean summer months on land or time spent on ice with scarce prey around. Despite their innate ability to fast for long periods of time, their body condition, reproductive capacity and survival will suffer if they are starved for too long.

Polar bear numbers have already dropped 25-50% in Alaska’s southern Beaufort Sea population, and 30% since 1987 in western Hudson Bay in Canada.

Polar bear extinction can be curtailed and saved through habitat protection, unlike other species threatened by hunting or deforestation. Reducing greenhouse gas emissions on a global scale will help deter some of the negative effects of the climate crisis, and will subsequently assist in maintaining sea ice integrity, preventing sea levels from rising and ensuring polar bears are able to feed and nourish themselves as well as their cubs. Moreover, future research should aim to build on the investigation of Molnár and colleagues to help further identify global-warming-induced projections, what is causing such projections and how they can be managed or mitigated. 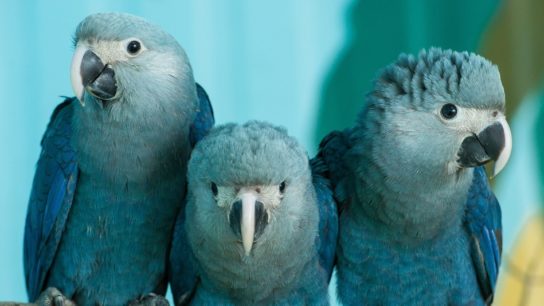