Scientists Agree On the Need to Protect 30% of the Seas. But Which 30%? 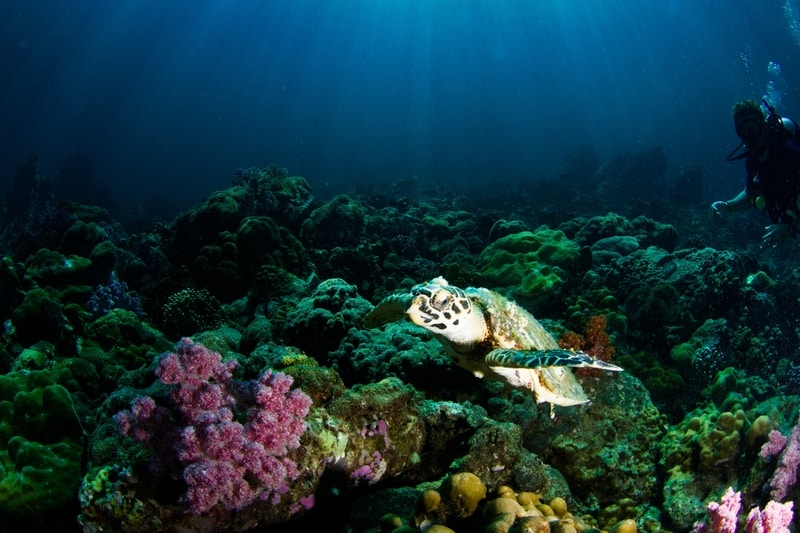 In 2018 and 2019, representatives from the U.N. gathered to discuss the establishment of a new high seas treaty, which would aim to protect marine biodiversity through a series of marine protected areas (MPAs). Right now, most MPAs are established near coastlines and within the exclusive economic zones (inside a 200-nautical-mile band) of various countries, falling within those nations’ authority. To establish MPAs in the high seas would be an unprecedented move, and would require the cooperation of many governmental bodies and organizations. But if it’s accomplished, it would be a landmark deal and a game changer for ocean conservation. The U.N. negotiations have focused on protecting 30% of the oceans by the year 2030, which is what scientists say is necessary to safeguard biodiversity, avoid fishery collapse and build ocean resistance to climate change.

Sail 200 nautical miles, or 370 kilometers, from any coastline, and you’ll enter a region called the “high seas,” beyond the control of any country. While many people never get to dip below the surface of the open ocean, it hosts a rich and complex submarine world. The upper layers generate rich phytoplankton blooms, which attract a multitude of species and create ideal feeding grounds for whales, sharks and turtles. Dive deeper, and you’ll find bioluminescent jellyfish, long-snouted eels, and sponges made from silica, the same substance as in glass. There are entire mountain ranges in the deep ocean, as well as hydrothermal vents formed from millions of years of volcanic activity.

Despite the rich biodiversity of the high seas, only about 1% are currently protected. The United Nations Convention on the Law of the Sea does provide some specification of what activities can and can’t be done in the open ocean, but experts say it doesn’t do enough to protect the high seas.

“The high seas, being two thirds of the world’s oceans, has a lot to contribute to a global target of protecting 30% of the world’s oceans,” Elizabeth Karan, project director of the Protecting Ocean Life on the High Seas program at Pew Charitable Trusts, told Mongabay. “But there is no legal mechanism to do so just yet, so we really need to push towards finalizing the new high seas treaties … so we can take those actions in the high seas, in addition to what countries may be able to do and need to do domestically to protect their waters.

You might also like: Climate Change Makes Some Fish Smaller, and Others Bigger, Study of Oceans Finds

Two reports were put forward to demonstrate the feasibility of protecting at least 30% of the ocean through a network of MPAs. The first report, “30×30: A Blueprint For Ocean Protection,” published in April 2019, came from a group of researchers at the University of Oxford and the University of York, who collaborated with nonprofit organizations Greenpeace UK and REV Ocean.

This group used a software tool called Marxan to figure out how to efficiently protect 30% of the ocean while considering certain constraints and stakeholder inputs. The team divided the sea into a grid of about 25,000 squares, each measuring 10,000 square kilometers (3,860 square miles) in area, and gathered data on the distribution of species like sharks and whales, and ecologically important features like seamounts, trenches and hydrothermal vents. The team also considered pressures from the commercial fishing industry and deep seabed mining.

“Each planning unit was assigned a value relating to the overall extent of each conservation feature that overlapped it and input to Marxan,” Callum Roberts, one of the study’s authors, wrote in the executive summary of the report. “We ran the program hundreds of times to develop network designs that for any given set of inputs achieved the targets set while minimising costs.”

The study also accounted for environmental changes and uncertainty by assessing sea-surface temperature variability, which would help identify how different parts of oceans will react to climate change.

A year later, a second report, “Data-driven approach for highlighting priority areas for protection in marine areas beyond national jurisdiction,” emerged from a group of researchers at the University of California, Santa Barbara (UCSB) and other universities and institutions. This team used an optimization algorithm and incorporated data on biological diversity, threatened species, habitat diversity, and anthropogenic activities like fishing.

“The goal was to identify data that was globally distributed and standardized throughout the high seas, because the high seas is such a large area in the ocean,” Morgan Visalli, a scientist at UCSB’s Marine Science Institute and lead author of the report, told Mongabay. “It’s important to identify data that isn’t only collected in one small part of the high seas, so that was kind of an important deciding factor in which data to incorporate into the analysis.”

The report highlighted certain places as having conservation values worthy of protection, including the Salas y Gómez and Nazca Ridges, the Costa Rica thermal dome, and the Lord Howe Rise and South Tasman Sea. While this team didn’t take sea temperature variability into account, it used forecast models to predict how climate change might affect the distribution of certain species in oceans, such as whales, seabirds and tuna.

Besides taking separate methodological approaches, the two reports highlight different regions as important places to protect. For instance, the 2019 report prioritized large portions of the Southern Ocean and Antarctic Polar Front, while the 2020 study recommended protecting the Agulhas Front, a patch of sea in the Indian Ocean.

But there were also many similarities. For instance, both teams recommended protecting portions of the North Atlantic Current, Northeast Pacific, Arabian Sea, and regions off western South America, including the Salas y Gómez Ridge.

“We actually saw a lot of overlap in some of the areas that we highlighted even though we used a different algorithm and different data inputs,” Visalli said. “We also saw good alignment with areas that have been identified as ecologically or biologically important by these expert groups that have convened around the world as part of this process … and that really strengthens those places as being important to protect.”

Visalli said the two groups have been in contact with each other to collaborate and share ideas. “Our perspective is really that the more scientists and data and perspectives … the stronger the results will be, and we’ll have better planning for these really important pieces of the high seas” she said.

Karan, who worked closely with Visalli and her team, said the two reports were created to illustrate how MPAs can be devised in the high seas, but they aren’t actual proposals since “there isn’t a treaty yet.”

“They’re not definitive guides, so countries will be able to … develop proposals for other areas that they’ve identified as important for them, and we would definitely support countries to do so,” she said.

The U.N. representatives were meant to meet this past March to finalize their negotiations on the high seas treaty, but this was postponed due to the COVID-19 pandemic. While some informal meetings have taken place online during the pandemic, official meeting dates have yet to be set, Karan said. However, she said she’s optimistic that things will get back on track.

“If not in 2020, then very soon in 2021,” Karan said. “We’re hopeful that the commitment that we’re seeing from governments to participate in these informal dialogues and webinars … just shows that this issue is still important to governments. It shows their commitment, and we’re hoping that it helps to pave the way towards a more successful negotiating session when the time comes.”