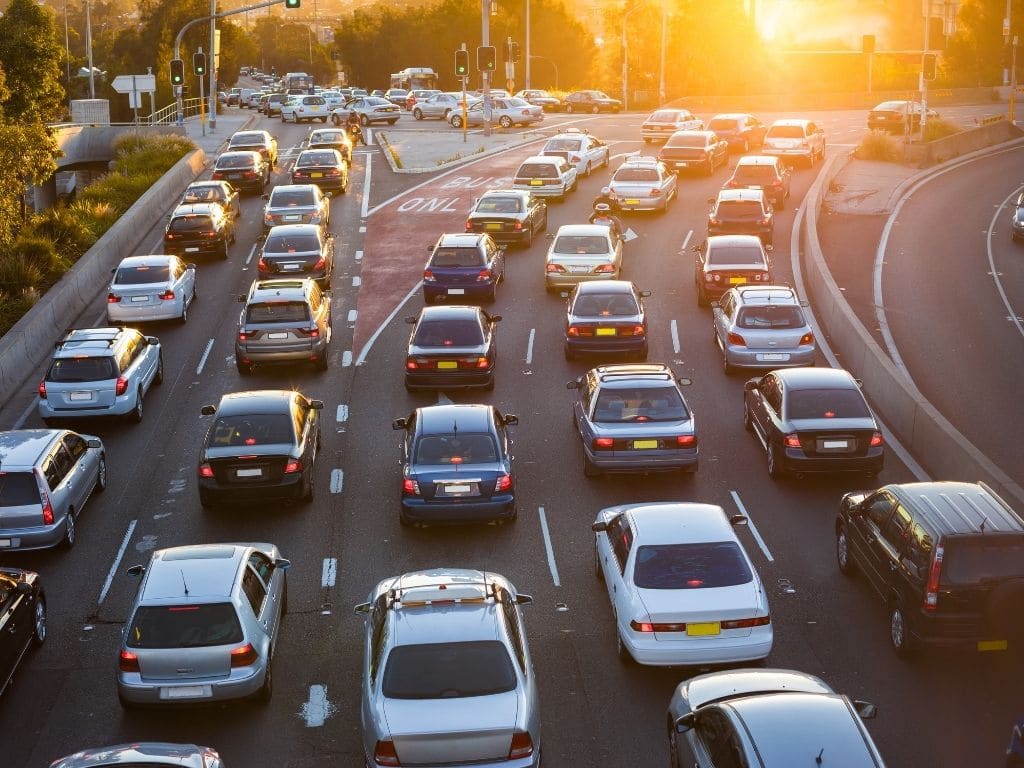 Buying an electric car has almost become a foregone conclusion for many consumers. Between tax breaks, incentives and good old-fashioned clout with your neighbours, EV sales worldwide have begun to skyrocket. But as sales increase, these financial perks for consumers are beginning to show up in many governments’ reports as lost tax revenue. To replace this tax glut, could road pricing become the new norm?

By 2030, the date when the UK plans to ban the sale of new diesel and petrol-powered cars, 6.5 million British households are projected to have bought an electric or hybrid vehicle, and 18 million such cars will be on the road. Buying a new EV instead of an internal combustion engine car can come with many benefits: a lower individual carbon footprint, of course, but the impressive tax breaks and financial incentives from governments certainly do not hurt.

In the UK, government grants for electric vehicles mean that consumers can save up to 42% when buying a new car, and annual savings for British EV owners run up to around £1,000 between fuel and tax cost reductions. In the US, major automakers and legislators are working to pass legislation that would boost EV tax credits to up to $12,500 per vehicle. And in Norway, where electric vehicles made up 77.5% of all new car sales in September, drivers do not have to pay purchase or value-added taxes, and can enjoy highway toll exemptions, bus lane use and even free parking in some cities.

Tax breaks and financial perks are swaying people away from petrol and diesel cars towards EVs, but governments are beginning to reckon with the long-term losses in tax revenue these incentives are creating. The UK’s recently released net-zero strategy report predicts that the country’s tax revenue will fall by around 1.5% of the UK’s GDP due to the transition away from fossil fuels. Most of this tax revenue comes from the country’s Fuel Duty and its Vehicle Excise Duty (VED), which combined to generate £37 billion in tax revenue in 2019-20, revenue that will continue to decline as EV sales rise.

If there were only electric cars on the road in the UK, that would mean £37 billion less for the government to spend on public works and services. Nationally subsidised projects, ranging from everything from the National Healthcare Service to simple road infrastructure maintenance, would suffer from this sudden glut in tax revenue. This would have a direct impact on every British citizen, because to make up for lost tax revenue, the government would be forced to borrow more, which would drive up interest rates and reduce private investing, severely impacting economic growth. 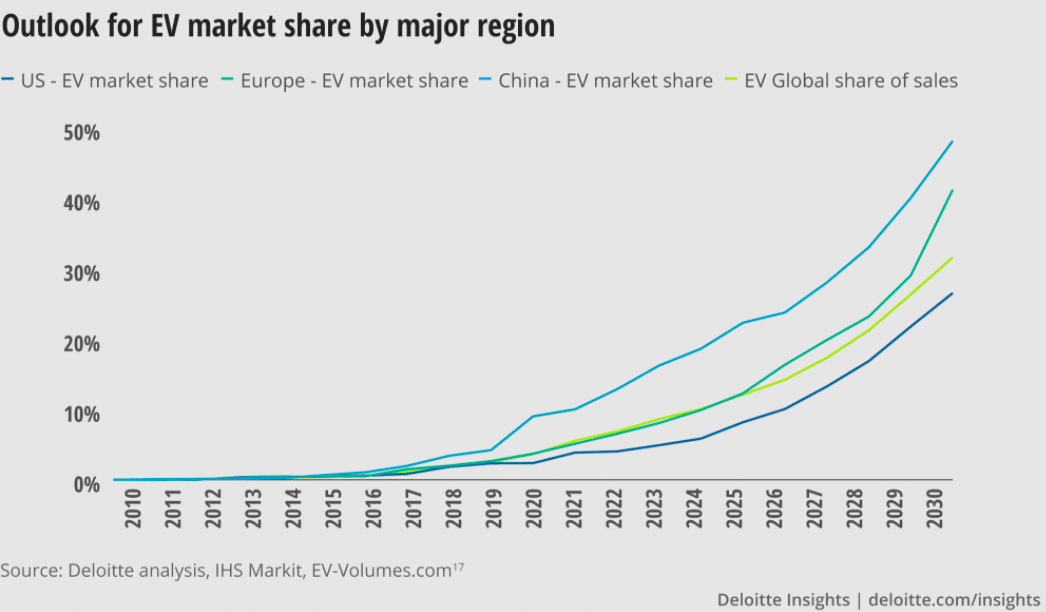 These revenue loss projections will of course only be applicable if the tax regimen remains unchanged, and because the switch to EVs is as inevitable as it is necessary, it is becoming increasingly likely that alternative taxation measures will come into effect in countries with high rates of electric vehicle sales.

A road pricing mechanism seems to be the most likely of these to feature, but what exactly will this entail for drivers? Will EVs still be economical relative to petroleum-powered cars? Could this dampen the palpable public excitement surrounding electric vehicles?

What is Road Pricing?

Road pricing can include a few different kinds of charges levied upon road users. Some forms of road pricing are already widespread, including road tolls and fees based on distance driven or time spent on highways. But in a more electrified world, where EVs are ubiquitous, versatile and even more affordable than they are now, road pricing may take on a different form.

Projections for new EV sales over the next decade and beyond are high, especially in several EU countries and the UK, and it is entirely conceivable that current forecasts are an underestimate. These countries may soon have to contend with a very high demand for EVs, possibly even from people who have never owned a car before in their lives.

From a perspective of lost tax revenue, this is a very real risk, and there is every reason to think demand for EVs will be high enough for it to come to pass. A recent report released by the Tony Blair Institute for Global Change revealed how fuel costs could fall by as much as 71% for drivers in the UK who switch to electric cars, which will undoubtedly drive higher demand as more affordable EV models begin to hit the market. The report estimates that resulting losses in the UK’s tax revenue from EV market growth will amount to £10 billion by 2030, £20 billion by 2035 and £30 billion by 2040.

In addition to the lost tax revenue issue, high demand for electric vehicles will also generate much higher traffic congestion, which is toxic for economic growth. A general rule of thumb in urban planning is that, however many roads and lanes a city builds, there will always be an underlying demand for driving. In a process economists like to call induced demand, building more roads rarely resolves congestion, it just leads to more cars. Regrettably, the energy transition won’t mark the end of traffic, and this will have high economic costs, regardless of whether you are sitting in a pickup truck or a Tesla.

Road pricing is a proposed mechanism that could conceivably solve both the revenue and congestion problems. A road pricing system would address the higher costs associated with driving at a snail’s pace in a city centre relative to driving on empty roads in the countryside. It’s the same idea behind why air travel is more expensive around holidays, why movie tickets are cheaper on weekdays, or why an Uber ride during peak afterwork hours costs more than the same route would at lunchtime on a Monday. When traffic, congestion and demand are higher, road pricing would make the costs of driving reflect that.

In theory, such a mechanism would ease congestion during peak hours, and perhaps even be a deterrent for driving in general, if an affordable and functional public transport and walking infrastructure were available. In comments made to the UK House of Commons transport committee, Toby Poston of the British Vehicle Rental and Leasing Association believes road pricing to be “inevitable,” adding that “the longer we leave it, the more people will get used to the idea of having very low-cost transport, and [road pricing] is going to be a shock.”

In practice, implementing road pricing would be a lot more difficult, and there would have to be some exceptions. Low-wage care workers, for instance, need to make several house visits each day during peak traffic hours and may not be able to afford a road tax. And public opinion towards higher transportation costs will undoubtedly be negative, which is likely why very few politicians have even floated the idea of a road pricing mechanism yet. There is also the risk that road pricing might deter people from switching to EVs at all, since so much of the appeal surrounding electric vehicles is wrapped up in low taxes and financial perks.

Based on the UK’s recent net-zero report, it is likely that the government will make road pricing happen, as the authors essentially stopped short of warning consumers to prepare for higher road taxes. The possible alternatives outlined were indeed less than appealing. An option would be for the government to simply borrow more and run up its debt to resolve the temporary tax revenue glut, but this would be a patchwork solution at best and unfair to future generations, in addition to doing nothing to resolve the congestion problem.

Whatever way governments choose to implement pricing mechanisms to regulate high traffic congestion and loss in tax revenue, it is a virtual certainty that they will do so in some form, and road pricing seems to be the preferred course of action. Keeping tax regimes as they are now could lead to economic downturn further down the line, and it would be advisable for politicians to implement gradual changes to tax codes that start low and increment over time.

Market forces are pushing fossil fuels out, and despite likely changes in taxes, switching to electric vehicles will likely remain an economical choice for consumers. Besides that, phasing out combustion engine cars is essential to our long-term health and prosperity, as is transitioning away from fossil fuels and hitting net-zero emissions by 2050.

The debate over road pricing is symptomatic of a larger question we will need to grapple with sooner or later. Who is actually going to pay for net-zero? Will it be our governments? Corporations? Or, as is the case with road pricing, will it be us?

Net-zero won’t come cheap, and the hope is that the transition costs will be borne somewhat equitably, with large corporations and polluters taking on more of the relative financial burden than individual consumers. But taxing consumers may be a more popular option for policymakers at least. As road pricing picks up steam in the UK, Australian state governments in Victoria and South Australia have already introduced a road user charge for electric vehicles, adding around AUD$500 for every 20,000km travelled (around USD$375).

South Australia treasurer Rob Lucas believes the charge to be necessary. “The reality is, if you’re driving an electric vehicle then you’re not paying fuel excise at the pump and you’re contributing significantly less to the vital upkeep of our vast road network,” the treasurer said.

Governments need to be careful about how these charges are introduced. When Australians were surveyed on how the new charge affected their opinion on EVs, nearly 70% said that the tax would make them less likely to purchase an EV. If electric vehicles, or any new technology that could bring us closer to net-zero for that matter, are sold to consumers at a low tax rate and bundled with financial incentives, a sudden turnaround from governments to impose higher taxes speaks to poor planning from politicians more than anything else.

And if higher taxes do need to be imposed to cope with the transition, governments, corporations and individuals all need to split the costs fairly. If pricing mechanisms are meant to hold us accountable for how much we pollut and emit, then consumers have a right to know that each part of that equation is paying its fair share.

Ideally, a pathway towards net-zero would be seamless for consumers, marked by incremental and barely discernible changes in tax codes implemented through perfectly timed policies. In the case of transportation, people who need to drive should remain incentivised to buy new EVs, but this doesn’t change the fact that electric vehicles carry their own environmental costs, and are not enough to solve the climate crisis on their own. Cities should incentivise us to ditch our cars altogether, replacing automobiles with rapid and affordable public transportation networks and walkable communities.

This is easier said than done, and the road will be bumpy. The UK’s warning of looming road pricing shouldn’t come as a surprise, but ensuring that the costs of the energy transition are divided fairly will require engagement and continuous pressure on policymakers. Transitioning to net-zero won’t be simple, and everyone will need to play and pay their part.