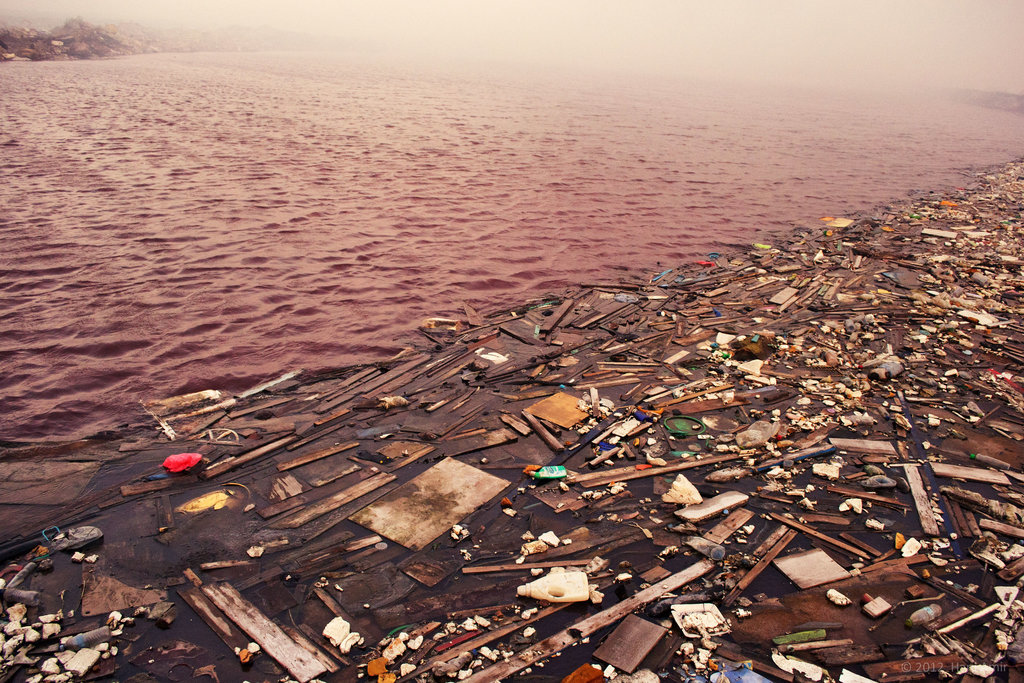 As well as polluting the planet and killing animals, plastic waste is also reducing phytoplankton and its ability to absorb atmospheric carbon.

The ocean is at the front line of mitigating the climate crisis. Making up over 70% of the Earth’s surface, the ocean plays a crucial role in controlling the global climate system through, among other processes, absorbing and storing carbon dioxide from the atmosphere.

Such processes are made possible by microscopic single-celled aquatic creatures called phytoplankton. These tiny organisms, dubbed the ‘ocean’s invisible forests’, generate about half of the atmosphere’s oxygen and sequester as much carbon dioxide per year as all land plants.

Phytoplankton are at the base of the marine food web, meaning that they provide marine creatures- from the tiny animal-like zooplankton to whales- with food. When phytoplankton and zooplankton are eaten by other larger sea creatures, the carbon in their bodies is transferred to these animals. This carbon will then settle into marine sediments on the ocean floor in fecal pellets and animal carcasses.

The process of carbon removal from the atmosphere and its absorption into seafloor sediments is called the biological pump. Through this process, the ocean regulates the Earth’s climate.

However, the plastic waste crisis will have a detrimental impact on the climate. Every year, 8 million tons of plastic enter the world’s oceans, which are categorised into micro- and  nanoplastics. Scientists continue to examine the effects of plastic debris on the biological pump process.

A recent study published in the journal, Marine Pollution Bulletin found that plastic pollution in the ocean may negatively affect the ocean’s role in removing atmospheric carbon dioxide, which will eventually disturb the global carbon cycle.

Additionally, the study highlighted how microplastics negatively affect zooplankton. Zooplankton, which feeds on phytoplankton, is one of the intermediaries between phytoplankton and other larger aquatic animals.

Zooplankton-eating phytoplankton ensures the prevention of the stored carbon from re-entering the water and atmosphere. However, the plastic waste crisis disrupts this process. According to a 2015 study on a member of zooplankton known as copepods, microplastics can reduce copepod’s uptake and consumption of carbon; after eating microplastics, their carbon biomass intake was reduced by 40%.

Because microplastics sink to the ocean floor in these fecal pellets, it may also affect ocean carbon stock, affecting the circulation of organic matter and nutrients in deep ocean water.

Troublingly, the study notes that the potential impact of microplastics in the ocean’s deepest points remains, to a large extent, unclear. More studies are needed to establish a firmer link between marine plastic pollution and the biological pump.

However, what is clear is that the marine plastic crisis may make our climate worse; in fact, a study conducted in 2014 estimated that nearly 99% of the ocean’s plastic was unaccounted for, suggesting that creatures such as phytoplankton and other larger creatures are eating plastic, affecting their ability to absorb and store carbon.

Governments need to develop and implement measures to mitigate the plastic crisis. Developed countries must work collaboratively with developing countries, many of which have been named among the worst marine polluters– for example Indonesia, the Philippines, and Vietnam- who are struggling to build adequate recycling infrastructure.

Potential measures to be taken by governments include improving waste management facilities to prevent more plastic waste from entering the oceans and doing more research on how plastic waste affects the oceans. These solutions should be entrenched in government policy to ensure that efforts are effectively implemented and regulated, punishing those corporations and individuals that breach these policies.

Humanity needs to look beyond trees as a solution to mitigate the climate crisis; phytoplankton is one such solution. Further, marine plastic pollution is not just affecting the aesthetics of the ocean; it is affecting the planet’s climate, further exacerbating the crisis and allowing for the creation of climatic conditions that humanity is scarcely prepared for.