Scientists in the latest and most comprehensive study to date predicts up to one and half foot of sea level rise by 2050 in the US, threatening coastal cities like New York and Miami.

Human-caused climate change driven by the burning of fossil fuels is causing US sea level to rise faster within the next 30 years than they did in the past 100 years, according to the latest projections by the National Oceanic and Atmospheric Administration (NOAA), NASA and five other federal agencies.

The multi-agency report predicts that oceans along the US coastlines will rise as much as 30 centimetres (12 inches) by 2050, which will lead to significantly more coastal flooding and cause tidal and storm surge to become more severe.

“Sea levels are continuing to rise at a very alarming rate,” said Bill Nelson, administrator of the National Aeronautics and Space Administration. “And it’s endangering communities around the world.”

The rate of global sea level rise is currently at its fastest in more than 3,000 years. For every extra inch of sea water, it exacerbates flooding during hurricanes – in which the US is particularly prone to – and damages to buildings, as well as it infiltrates sewers, storm drains and drinking water reservoirs in the coastal regions.

The latest report provides the most concrete and certain sea level projections ever published for the US, put together by 24 top climate scientists from across the federal government and academia. And advances in computer models and real-world information about rising seas make for even more accurate projections. 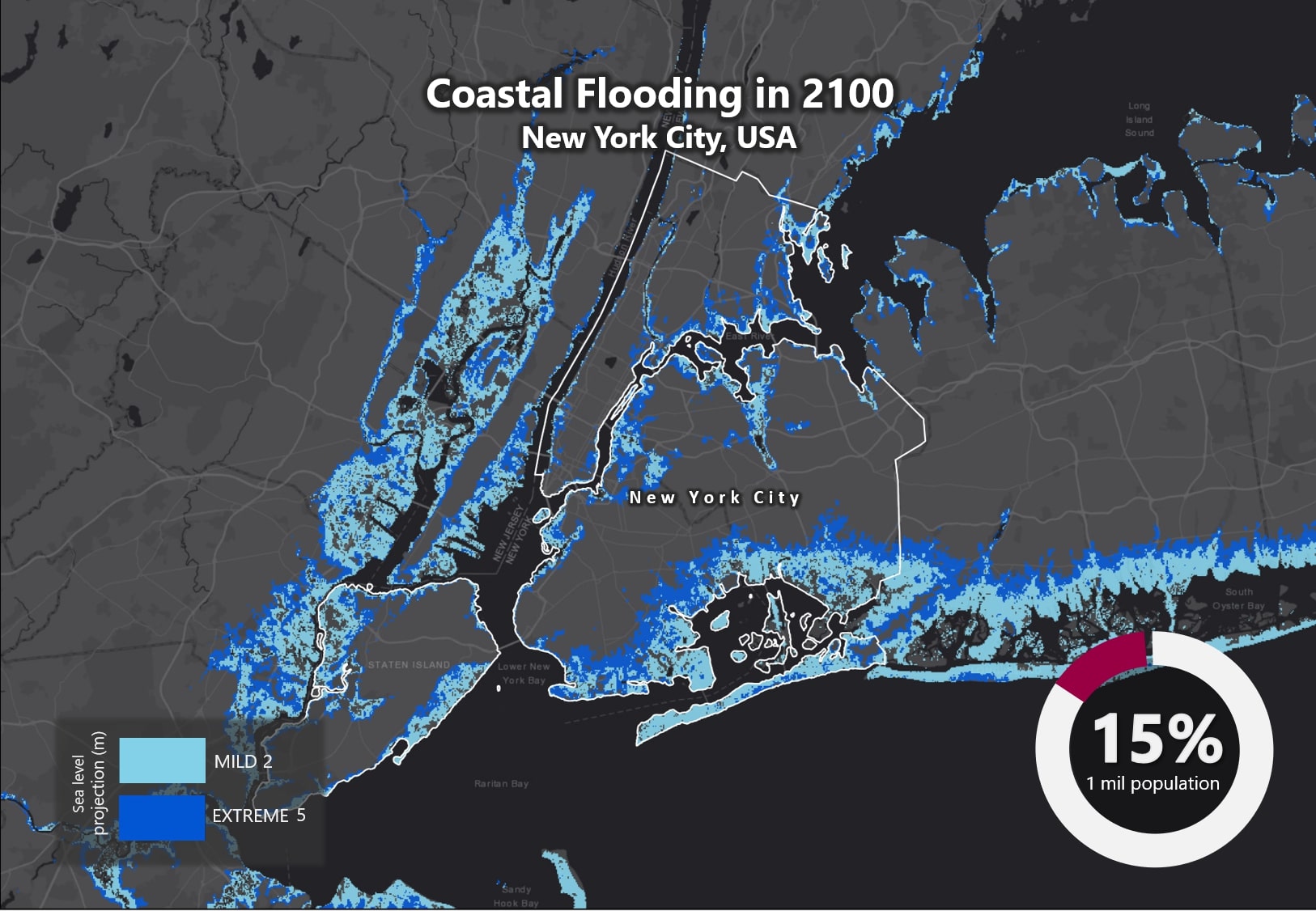 Authors of the report say that the East Coast, particularly coastal cities such as New York and Miami, will be hit harder than most. The former could experience sea level rise by two feet as early as 2055. High-tide flooding has already more than doubled in New York since 2000 and now occurs 10 to 15 times a year.

They also predict about a foot and half of sea level rise by 2050 is expected for the Gulf Coast, pointing specifically to Texas to Mississippi, where extraction of underground oil, gas and drinking water is causing the land to rapidly collapse into the rising ocean water.

Scientists warn that we need to adapt a lot quicker and improve climate resilience to keep up with accelerating sea level rise, and change how we build homes, roads and other infrastructure. Despite clear signs of climate change, development in flood-prone cities is in fact increasing. But the message is clear: we need to reduce greenhouse gas emissions or sea level rise could reach up to eight feet high by the end of the century if we continue our dependence on fossil fuels.