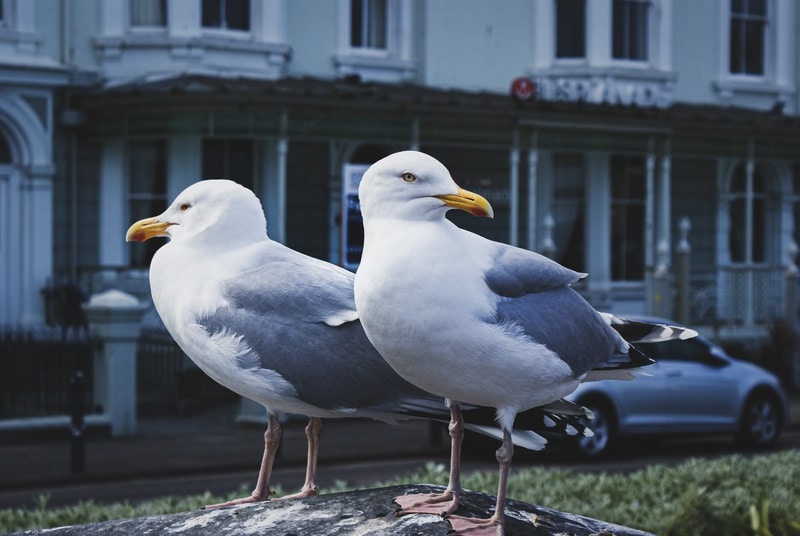 New research has shown that the fecal waste of seabirds- namely seagulls, pelicans and penguins- could be worth nearly half a billion US dollars annually.

Seabirds’ fecal waste, also called guano, can be used as commercial fertiliser and is essential for providing nutrients to marine ecosystems. Researchers of a new study want to raise awareness about the importance of seabirds and conserving their habitats by quantifying their contributions and demonstrating the cost of declining seabird populations by valuing their waste.

Guano’s value is estimated at more than US$473 million annually, a conservative estimate that is likely to be higher, according to the study published in the journal Trends in Ecology & Evolution. The study outlines how monetising biodiversity contributions can best assist with calling for public attention, and in this respect, increase awareness on the importance of seabird conservation.

“Guano production is an ecosystem service made by seabirds at no cost to us- I can go to an island, collect the guano, and sell it at market price as fertiliser,” study co-author Marcus Cianciaruso, an ecology professor at the Federal University of Goiás in Brazil, says.

Guano from seabird species, which is currently commercialised in places like Peru and Chile, contributes to providing vital nutrients to marine ecosystems and is also essential for coastal economies.

The researchers of the study stated that the bodily functions of seabirds assist in nutrient recycling and pumping nutrients ‘between marine and terrestrial habitats’: “They release high concentrations of nitrogen (N) and phosphorus (P) through their feces, causing important environmental changes in these ecosystems.”

Furthermore, the researchers outlined how the nutrients deposited in coral reef ecosystems from guano can increase reef fish biomass by up to 48%- which is important for fisheries and natural marine wonders of the world like the Great Barrier Reef.

The annual value of the nitrogen and phosphorus deposited into these ecosystems from guano was estimated by calculating the cost to replace them with artificial nutrients.

“We made a very conservative estimate that 10% of coral reef fish stocks depend on seabird nutrients,” said co-author Daniel Plazas-Jiménez, a doctoral student at the Federal University of Goiás. “According to the United Nations and the Australian government, the annual economic returns of commercial fisheries on coral reefs is over $6 billion. So, 10% of this value is around $600 million per year.”

The study noted that the inclusion of such functions- nutrient deposition, marine ecosystem and biodiversity, coral reef maintenance- could easily raise the value of seabird N and P deposition to US$1.1 billion.

In light of this, the monetisation of ecological functions expresses the ‘importance of biodiversity in similar terminology to that used in the economic and political sectors’. Such an approach therefore appeals to masses as the public is driven by monetary incentives. Additionally, the study explained that the monetisation of ecosystem services acts as a preventative measure against ‘misinterpreting conservation efforts as a luxury’.

Why is Seabird Conservation Important?

Seabirds also impact other habitats beyond their immediate environment. Some species, like penguins in Antarctica, significantly influence nitrogen and phosphorus levels at the local and global levels.

Plazas-Jiménez says, “A huge amount of nutrient deposition happens in Antarctic ecosystems: penguins contribute half of the nitrogen and phosphorus deposited by seabirds every year,” Plazas-Jiménez added. “However, 60% of this contribution is made by penguin species with declining populations, and these contributions will decrease in the future if no conservation activity is taken.”

Seabirds are already under threat: “We found that the main threats to seabirds- climate change and bycatch and overfishing- have a higher effect on nutrient deposition than in the number of seabird species. Climate change threatens 80% of the amount of nitrogen and phosphorus deposited by seabirds, but only 44% of seabird species,” Plazas-Jiménez says. “Potentially, the effect of these threats on the contributions that seabird nutrient deposition made to our well-being is greater than previously thought.”

According to BirdLife International, a global partnership of conservation organisations devoted to protecting birds and global biodiversity, approximately half of seabird species’ populations are declining and a third face potential extinction.

“The depletion of fish through overfishing and climate change has caused rapid declines in widespread and much loved seabirds such as Atlantic Puffin Fratercula arctica and Black-legged Kittiwake Rissa tridactyla- both are now considered vulnerable to extinction,” according to BirdLife International’s 2018 report.

The organisation stresses that immediate efforts are needed to conserve seabirds as they are ‘one of the world’s most threatened groups of vertebrates’.

The researchers of the study also noted that seabirds offer more than just their fecal waste. Tourism and birdwatching are important industries in many parts of the world, and the value of seabirds’ contributions to marine ecosystems would experience a larger increase if all their other functions in ecosystems were quantified.

The study concluded that the data can be used as a starting point for seabird conservation initiatives involving consumers, fisheries, governments and non-governmental organisations alike. The researchers noted that further quantification could potentially increase the value of seabird contributions and is therefore worth investigating.