Seagrass: A Tool in the Fight Against the Climate Crisis is Under Threat 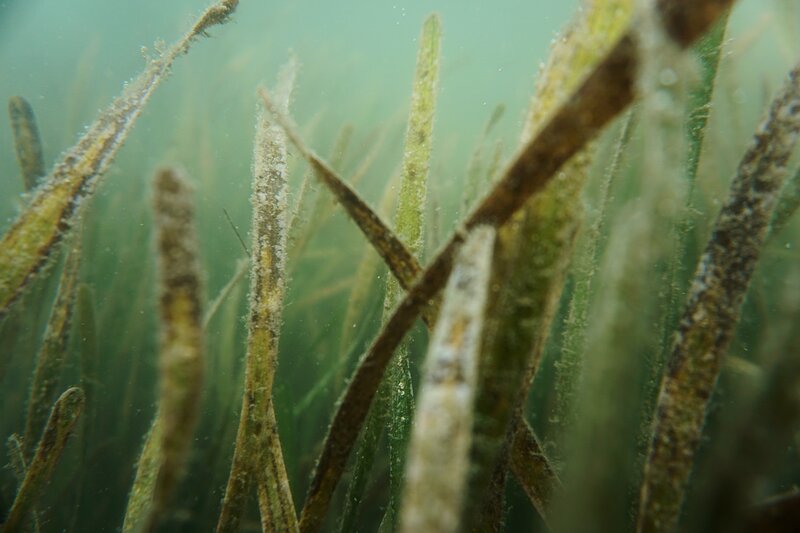 Whilst only occupying 0.1% of the Earth’s surface, seagrass is a vital weapon in the fight against the escalating climate crisis. Worryingly, it is estimated that each year, 7% of seagrass meadows are lost from anthropogenic activities. With greenhouse gas emissions escalating, the role of nature-based solutions is paramount in tackling the crisis head on, and one which requires greater levels of attention and funding if it is to be effective.

Seagrass meadows fall under the term ‘Blue Carbon’, which incorporates different ocean and coastal ecosystems which sequester organic carbon. Other examples of blue carbon ecosystems include mangroves and tidal marshes.

Thought to be responsible for storing 23-78% of the organic carbon buried in coastal vegetated ecosystems, seagrass is estimated to sequester CO2 twice as quickly as terrestrial forest ecosystems. It is therefore clear that seagrass plays a vital role in sequestering CO2, which in turn helps to reduce atmospheric CO2 emissions.

Researchers have found that globally, seagrass meadows have decreased by 29% since the beginning of the 20th century.

Seagrass losses have occurred because of a variety of human activities, including coastal developments like dredging and the construction of storm infrastructure, whereby seagrasses and their soils are physically removed, resulting in the exposure of organic carbon in the soil, leaving it vulnerable to oxic conditions, potentially leading to the remineralization of this organic matter into CO2.

As well as these direct losses of seagrass, other indirect impacts such as eutrophication and heatwaves can threaten the seagrass canopy, causing the organic carbon stocks in the soil to be exposed which can then be released into the atmosphere as CO2.

Australia is particularly significant in the conversation around seagrass and blue carbon ecosystems since around 5% to 11% of the world’s blue carbon ecosystems are situated along the country’s extensive coastline. Whilst this makes Australia a key player in helping to tackle the climate crisis via natural mechanisms, and potentially a leader in its ability to protect blue carbon ecosystems, it also makes carbon stocks stored here vulnerable. For instance, the 2010-11 heatwave that gripped Western Australia resulted in 22% of seagrass meadows from Shark Bay being lost, releasing close to 10 million tons of carbon into the atmosphere.

There is currently a real lack of understanding surrounding the effects of disturbances, such as eutrophication, on organic carbon stocks within seagrass soils and since significant amounts of seagrass are lost due to these disturbances, there is a pressing need to fully understand them to effectively manage these vegetated coastal ecosystems and implement seagrass carbon strategies.

In a recent study carried out by researchers at Edith Cowan University in Australia, they discovered that over the last four decades, organic carbon stocks from seagrass soils were lost at a greater extent in areas characterised by bare soil exposure. These findings suggest that conservation efforts should be focussed on coastal areas where both organic carbon stocks and erosion are high.

The UK has lost up to 92% of its seagrass meadows which once thrived along the country’s coastline. Human activity such as anchor damage and port building has played a key role in their demise. However, a primary driver of seagrass loss along the British coastline is nutrient pollution from sewage and livestock waste which causes epiphytes, a microscopic algae, to form which coats the seagrass leaves and prevents them from capturing light.

In a recent bid to restore seagrass meadows around the British coastline, The Seagrass Ocean Rescue Project has been launched with a 20 000 square metre seagrass meadow being planted off the Pembrokeshire coast. The £400 000 initiative hopes to become the first-ever full scale seagrass restoration project in the UK.

Seagrass restoration projects are one of a number of nature-based solutions being used to tackle the climate crisis. Research has shown that such solutions could account for a third of the reduction of greenhouse gases required by 2030. However, up until now, only 2.5% of funding for reducing emissions has been given to projects working to restore natural habitats.

Seagrass meadows pose an opportunity to reduce global greenhouse gas emissions and store carbon for millennia. However, for this to be a successful strategy, more funding needs to be invested into conservation and restoration efforts. If dealt with effectively, seagrass meadows are a powerful tool in the ongoing challenge to tackle the climate crisis, but this will only happen if their value is realised and widespread, global action is taken.