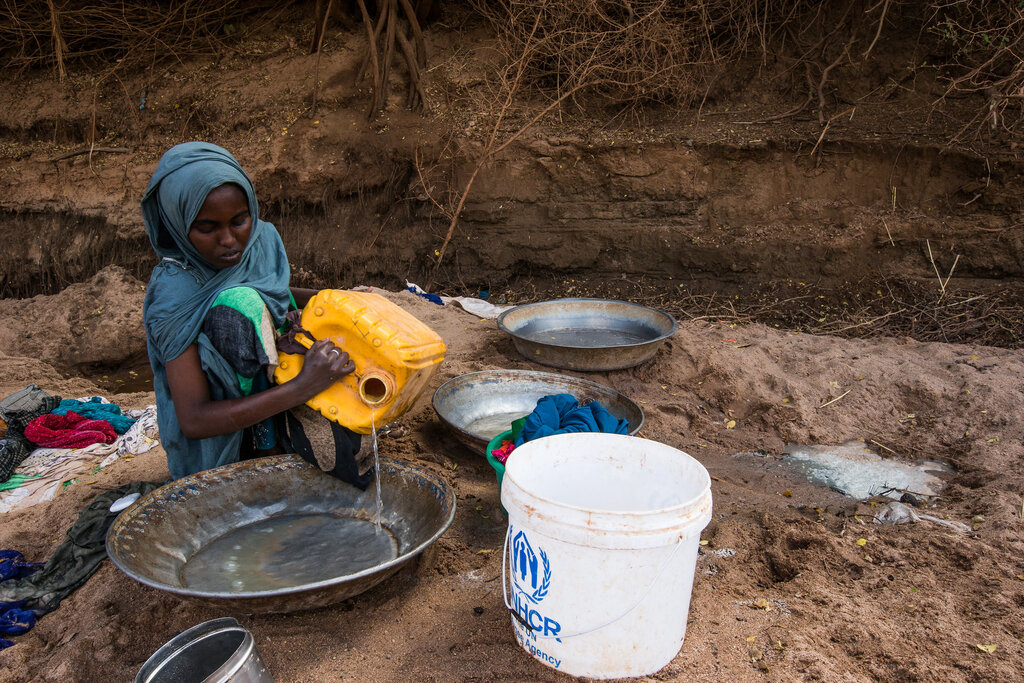 Millions of people face hunger and increased conflicts as record drought in the Horn of Africa causes water shortages and livestock deaths.

Severe drought caused by record dry conditions has left an estimated 13 million people facing hunger in the Horn of Africa, according to the United Nations World Food Program (WFP).

Three consecutive failed rainy seasons in Ethiopia, Kenya and Somalia – the region’s driest conditions since 1981 – have decimated food crops and caused high rates of livestock deaths. The increase in staple food prices combined with the resulting water shortages and pasture are forcing families from their homes and sparking conflicts between communities. Families are struggling to buy and secure food as a result.

“Harvests are ruined, livestock are dying, and hunger is growing as recurrent droughts affect the Horn of Africa”, said Michael Dunford, Regional Director in the WFP Regional Bureau for Eastern Africa.

UNICEF in Eastern and Southern Africa has described the drought situation as “dire”, saying, “millions of lives are hanging in the balance”. The agency projects that the number of needy people in the Horn of Africa is almost equal to the combined populations of Greece and Sweden. The UN warns that high malnutrition rates across the region could worsen if immediate action is not taken and is calling for immediate assistance to forestall a major humanitarian crisis.

The call comes just weeks after the WFP and Food and Agriculture Organization (FAO) reported food insecurity is soaring across 20 countries and regions including Ethiopia, Nigeria, South Sudan and Yemen, where increased threats of conflicts linked to hunger are putting millions of lives at risk.

More frequent and severe drought conditions have been apparent across the globe in recent years exacerbated by climate change and prolonged heat waves. From the southwest region of the United States, which recorded its worst drought in its history in 2021, to South America including Mexico, as well as countries like Turkey, many parts of the world are experiencing water scarcity and impacted agricultural production. Prolonged droughts not only impacts food security but can fuel the risk of wildfires as well.

The UN report warns more forecasts of below-average rainfall threaten to worsen conditions in the coming months. To avoid a major humanitarian crisis, much like the case in 2011 in which 250,000 people died of hunger in Somalia, the WFP is calling for USD$327 million to meet the immediate needs of 4.5 million people over the next six months and help communities become more climate resilient.