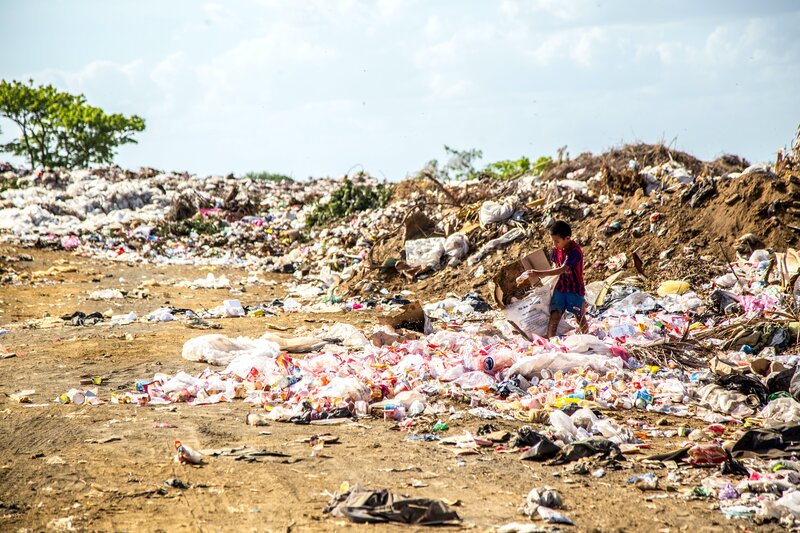 The report, titled “INTERPOL’s Strategic Analysis on Emerging Criminal Trends in the Global Plastic Waste Market Since January 2018,” was compiled using open sources and criminal intelligence from 40 countries. It provides a comprehensive global picture of emerging trafficking routes and crime threats in the plastic waste market, and it recommends enforcement solutions.

The report shows that there has been a considerable increase since 2018 in illegal waste shipments, primarily rerouted to South East Asia via multiple transit countries to disguise the origin of the waste shipment. It also found an increase in illegal waste fires and landfills in Europe and Asia, as well as a rise in the use of counterfeit documents and fraudulent waste registrations.

You might also like: Judge Dismisses Case Brought by Indigenous Communities in Ecuador to Shut Down Oil Pipeline

The Link Between Crime and Pollution

The report finds a link between crime networks and legitimate pollution management businesses which are used as a cover for illegal operations. Criminals engage in financial crime and document forgery to carry out their operations and take advantage of the difficulties that exist in treating and monitoring plastic waste.

For example, last year, Malaysian authorities began returning almost 4000 tons of plastic waste to 13 countries, in an effort to tackle the illegal trade in plastic waste. There has been a surge of plastic waste sent to Malaysia, mostly from Europe and North America, since 2018 when China banned foreign imports of waste.

Poor management of plastic waste leaves microplastics on lands and in water environments, harming the wildlife living in those habitats and the communities that rely on them. The production of it also contributes to the exacerbation of the climate crisis.

Calum MacDonald, Chairperson of INTERPOL’s Environmental Compliance and Enforcement Committee Advisory Board, says, “Global plastic pollution is one of the most pervasive environmental threats to the planet today, and its correct regulation and management is of critical importance to global environmental security. INTERPOL’s report pinpoints the urgent need to identify and assess how criminals are exploiting new and pre existing market vulnerabilities, with a call to boost law enforcement action at both export and import level.”

How INTERPOL is Tackling Pollution Crime

The bureau appeals to the international community to work across borders to monitor pollution crime, by becoming more proactive in waste enforcement, surveying risks earlier and carrying out financial investigations and intelligence-led operations.

INTERPOL ’s global pollution enforcement team works with agencies in 194 countries to detect and disrupt pollution and plastic waste crime and dismantle the groups behind it.