Should Nature be Given Legal Rights? 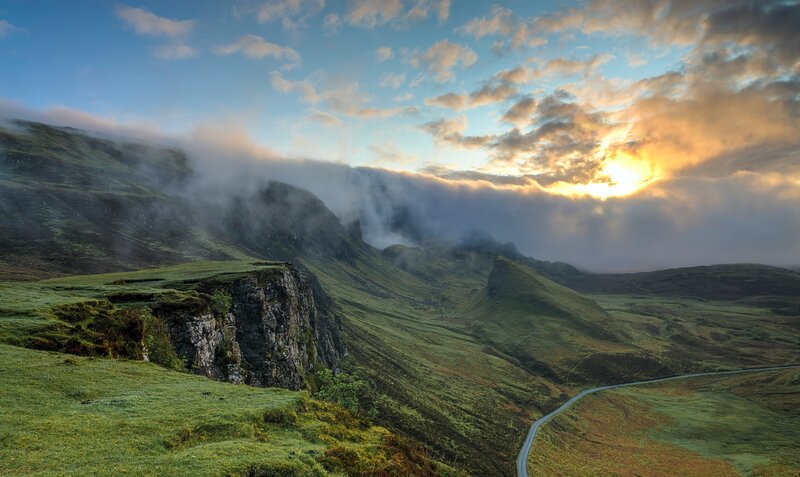 Bangladesh is often called the “Land of Rivers” and the Supreme Court echoed this sentiment in July 2019, when it determined that all 700 rivers have standing to sue those who harm them in court. This decision marked a milestone in the rights of nature movement- a growing international movement that seeks recognition of ecosystems and species as living entities with legal rights, rather than merely property for human use. Bangladesh now joins 28 other countries with existing or pending legislation giving legal rights to nature, including New Zealand’s Whanganui River and Columbia’s Amazon Rainforest. But how exactly are rights of nature enforced, and can they effectively protect our Earth?

How Rights of Nature Work

Giving nature legal rights is not a novel idea. Indigenous populations have given nature rights in their customary law for centuries past. However, the proliferation of the rights of nature in environmental law is largely credited to the work of University of Southern California Law Professor Christopher Stone, who argued in 1972 in his seminal article “Should Trees have Standing?” that “nature should have its own voice” and be able to bring a legal case, as any plaintiff would, against its wrongdoers. Although the idea that forests, rivers and even wild rice can “speak” in court might seem peculiar to us at first, we only have to look to corporations and nation-states as everyday examples of entities that have been recognised as legal persons and can nominate representatives to litigate on their behalf. Giving nature rights works in the same way, with legal custodians like the Bangladeshi National River Conservation Commission or even citizens stepping “into the shoes” of nature and suing on its behalf. The content of these rights generally cover the right for nature to “exist, persist, evolve and regenerate,” and like other rights, compel legal remedies including the payment of damages if infringed upon. Given that who is given legal rights is constantly expanding- women, children, and African American slaves were once considered rightless, after all- there is no reason that nature cannot also be given legal rights.

How Legal Rights can Protect Nature

What makes the rights of nature movement so powerful is that it places people and nature on a level field. While environmental law takes an anthropocentric perspective, treating nature as property for human exploitation, giving nature rights ensures that its interests will not be overshadowed by corporations’ economic interests or subject to the changing priorities of governments and individuals. For instance, in Ecuador, the first country to enshrine the rights of nature in its constitution in 2008, the Provincial Court of Loja held in 2011 that the Vilcabamba River’s right “to exist, to be maintained and to the regeneration of its vital cycles, structures and functions” was violated by the construction of a road next to it, which involved the dumping of rock and excavation material on riverside land. Despite continued construction of the road, the court required the defendant, the Provincial Government of Loja, to adhere to environmental recommendations made by the Ministry of Environment, including performing rehabilitative and corrective actions like storing the rubbish from the construction elsewhere. This case was the first successful rights of nature case in the world, illustrating how including nature in our moral circle, as a legal person equal to us human beings, leads to greater prioritisation of its interests.

A rights of nature approach is not only legally enforceable, it also encourages us to “personalise and reframe our relationship with nature” and indigenous peoples. For example, the Yarra River Protection Act, which gave legal rights to Melbourne’s Yarra River in 2017, affirmed the rivers and lands as an integrated living entity central to the history and livelihood of Australia and paid respects to the wisdom of its traditional owners, the Wurundjeri people. By retelling the story of the Yarra River from a bicultural and Earth-centred perspective through law, not only is nature better protected, a pathway for reconciliation with indigenous peoples and nature is also provided.

Addressing Critiques of the Rights of Nature Movement

An oft-cited critique of giving nature rights is its uncertainty and impracticality. Given the sheer size of a river or forest, how do we pinpoint the blame on one household or business? Even if we can identify a defendant, how can we calculate the human cost of environmental degradation, for example the depletion of a rare fish species or the pollution of a river, in dollar terms? In response, the uncertainty of rights of nature may largely be a matter of incipience. As more cases are brought before the court, clearer jurisprudence is likely to emerge. For now, despite the inevitable difficulties in identifying defendants in complex cases with multiple causes of and parties to environmental harm, it is encouraging to see precedent cases like the Vilcabamba River case, in which successful litigation was brought in more contained areas where the damage clearly emanated from one entity.

Another critique is that involving courts necessarily implicates barriers to justice, in particular the extortionate costs required to bring a lawsuit and dependence on fallible human enforcement of legal rights. While these are undoubtedly problems requiring serious scrutiny, these are systemic problems that do not target rights of nature specifically. Additionally, even the threat of a lawsuit might deter companies from environmental degradation.

Where Does That Leave Us?

The rights of nature movement is still in its infancy, and while many questions remain unanswered, it is apparent that giving rights to nature holds great promise. The dynamic applicability of a rights of nature framework in both the Global North and South, from Ecuador to Bangladesh to Australia, demonstrates the potential for any country with an established legal system to adopt this approach. Giving legal personhood to nature humanises our ecosystems as living beings rather than exploitable objects, powerfully generating legal and cultural incentives to treat our Earth with greater respect. Indeed, such a fundamental paradigm shift might be what we need to combat climate change.