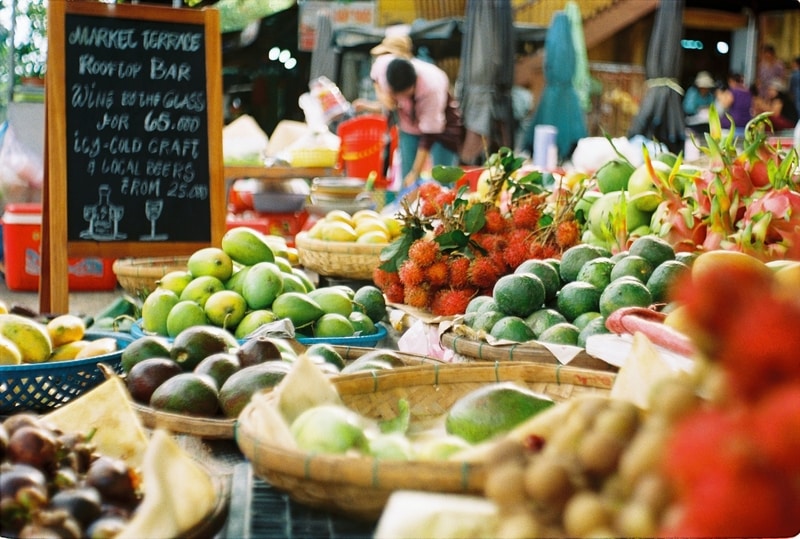 Supermarket shelves around the world were emptied as people panic bought due to the COVID-19 pandemic. In Singapore, this brought attention to the Republic’s overreliance on food imports and its subsequent food security. Fortuitously however, Singapore made plans in 2019 to reduce its dependence on food imports with its “30 by 30” vision, whereby 30% of Singapore’s nutritional needs will be produced locally by 2030, up from less than 10% today.

Singapore currently imports over 90% of its food supply, making it especially sensitive to any changes in the global agricultural landscape. Major importers include Malaysia, Brazil and Australia. When Malaysia announced its lockdown, many Singaporeans scrambled to supermarkets, fearing that their imported food from Malaysia would suddenly be cut off. Even before the COVID-19 crisis, the climate crisis already posed a threat to global food supply, negatively affecting crop yields. Additionally, the amount of fertile land that the world has fallen by 33% in 40 years, yet demand for food is expected to increase as the global population continues to rise and the affluence of developing countries grows. Hence, in times of crises, having a robust local food supply to fall back to can act as a buffer to cushion Singapore from any negative food supply shocks.

Nearly tripling Singapore’s local food production in 10 years seems like a daunting task, but Singapore has a robust plan to achieve this “30 by 30” vision.

The heightened production will be mainly focused on eggs, leafy vegetables, fruits and fish. To increase food production and achieve the “30 by 30” plan, Singapore needs to convert more spaces for urban farming. Land is a precious resource in Singapore, with 5.6 million people in an area of 721.5 km², even smaller than New York City. As of 2016, agriculture occupied 0.93% of Singapore’s land area. By creatively tapping into underused and integrated spaces, Singapore hopes to produce more in less space. Recent plans have revealed that urban farms will be developed on carpark rooftops and integrated into multi-purpose sites, one of which was initially an old school campus. Singapore Food Agency has also been collaborating with other agencies to open up more of Singapore’s southern waters for fish farms, expanding on the one that is currently in operation.

Improving technologies to increase production efficiency is also key to ramp up food production. In the field of agri-tech, heavy research and development efforts are ongoing. At the micro level, researchers are working to discover high yield and resilient genetic species. By detecting the chemicals plants emit, researchers aim to detect their precise optimal growing conditions. At the macro level, knowing these exact conditions can help to engineer resource-efficient and productive farming systems that will raise yields as well. Many considerations will also be taken to ensure food safety, by creating new models and systems to detect and predict any safety hazards in these new foods.

Having the infrastructure and technology in place and creating an economic environment that supports enterprises will be the next step in promoting growth in the agri-food sector. A pool of experts that are well-versed in the urban farming and food production industry can help form suitable industry regulations that will help to reduce compliance costs and ensure a high standard of food safety. Grants for high-efficiency farms such as the Agriculture Productivity Fund (AFP)’s Productivity Enhancement (PE) scheme will encourage farms to improve and upgrade their technology, while reducing business costs. To train a future network of knowledgeable and experienced professionals, Singapore has set up certified courses in urban agricultural technology and aquaculture in tertiary education institutions, as well as a SkillsFuture Programme, a subsidised skills upgrading programme for Singaporeans.

Most importantly, the work to increase local supply must also be met by an increase in consumer demand. The Singapore Food Agency (SFA) aims to raise Singaporean’s demand for local food by raising awareness about the existence and benefits of buying homegrown food. Holding a ‘SG Farmers’ Market’ several times a year that features local farms and putting a logo on produce that marks it as homegrown are part of SFA’s plans to shine a spotlight and raise awareness of local produce.

In light of the pandemic, the government has introduced a SGD$30 million grant for local producers who can utilise high-efficiency farming systems and quickly raise their output. Producers may apply and submit their project proposals for this grant, named the 30×30 Express grant, which will help approved applicants cover up to 85% of the project costs. This is on top of the existing SGD$144 million in the Singapore Food Story R&D Program, that supports research in the agri-food sector.

Moving forward, one key way Singaporeans can help to achieve the “30 by 30” target is to support and buy from local producers, as said by Minister Masagos Zulkifli, Minister for the Environment and Water Resources. Singaporeans can also look forward to hearing more about new innovative developments as a result of the 30×30 Express grant, or a new urban farm sprouting up in their neighbourhood.