Singapore Plans to Plant A Million Trees by 2030 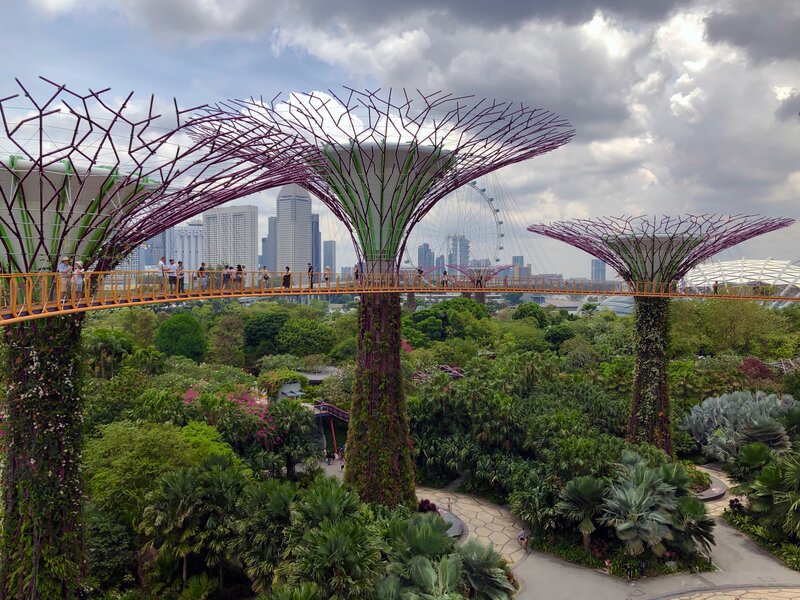 In March 2020, Singapore announced that it would plant a million trees by 2030 and develop more and better connected green spaces. In August, it announced the launch of the new Sungei Buloh Park Network, a 990-acre park in the northern part of the island intended to serve as a refuelling site for migratory birds and a home for oriental hornbills, otters, saltwater crocodiles and many other species.

The Sungei Buloh Wetland Reserve is an important stop for migratory waterbirds as they fly from Russia and Alaska to Australia and New Zealand. This new park network will effectively triple the size of the protected area comprising the reserve.

It aims to protect the biodiversity of multiple areas, including the Kranji marshes, the Mandai mangrove and mudflat, and the coastal Lim Chu Kang Nature Park. Researchers have recorded 279 species of birds in these areas, which also have many different kinds of ecosystems; mangroves, woodlands, scrublands and grassland habitats.

Despite Singapore having a small area of mangroves, they hold huge biodiversity; in the US, they have three species of mangrove plants, while there are 35 in Singapore. They are also excellent at preventing soil erosion sequestering carbon; research indicates that, pound for pound, mangroves can sequester far more carbon than rainforests.

The country has experienced intense development and expansion; it lost much of its primary forest in the 19th century to logging and a century later, trees were removed for land reclamation and to build reservoirs for water security. This affected the region’s mangroves. In 1953, Singapore’s mangrove forests covered 63.4sq km; in 2018, this was reduced to 8.1 sq km- a loss of more than 87%.

Singapore is now working to undo this damage through its “One Million Trees” project. So far, the National parks Board (NParks) of Singapore has reestablished two mangrove sites and turned a stormwater canal into a natural grassy floodplain.

The One Million Trees project involves restoration of both inland and mangrove forests. At the time of publication, 51 819 trees have been planted. The goal for the project is for all Singaporeans to be a 10-minute walk from a park. The government is also hoping that it will mitigate the “heat island effect” created by infrastructure, which absorb and radiate solar radiation and increase the temperature of Singapore’s inner city.

However, the project will focus on science and ecology, rather than targets or quotas. This is because problems with reforestation efforts often arise when the wrong species of trees are planted at the wrong sites.