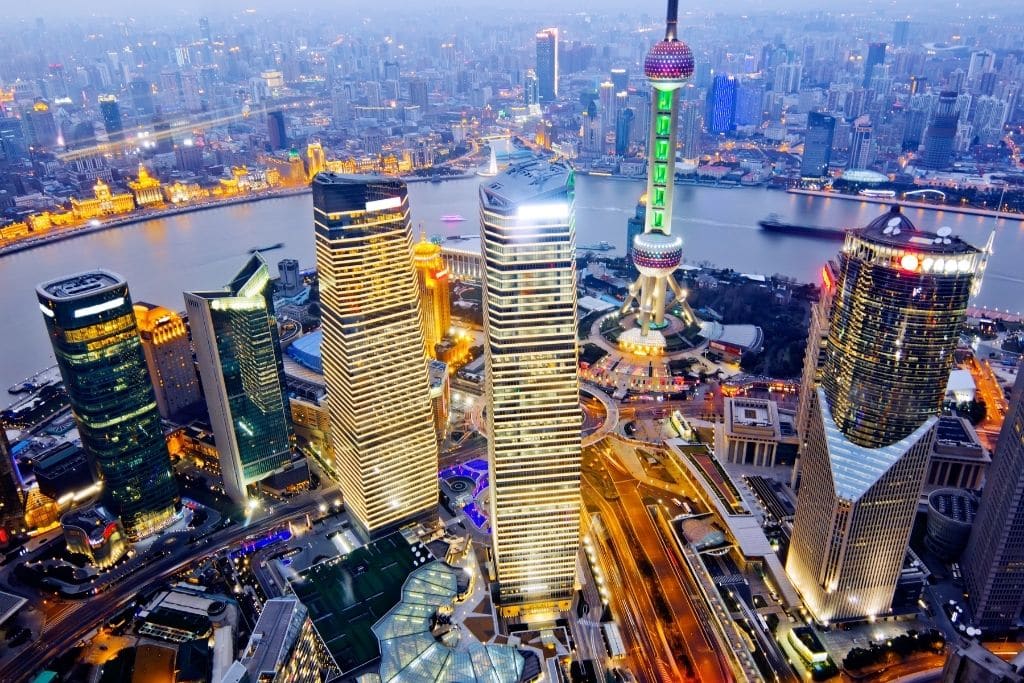 Cities like Beijing, Shanghai and Shenzhen have all made significant progress in dealing with the challenges of urbanisation and embracing technologies to improve convenience and efficiency. Here are the top 10 smart cities in China and the unique ways they’re doing it.

Today, nearly 4 billion people live in cities across the globe with estimates projecting more than two-thirds of the world’s population will live in urban areas by 2050. This rapid rate of urbanisation increases the stresses of waste disposal, traffic pollution, and energy consumption, which all have detrimental environmental impacts. With China being the world’s most populous nation, tackling the impending pressures of urbanisation is especially crucial. And they’re betting big on smart cities to alleviate them.

Smart cities see the adoption of data-sharing smart technologies including the Internet of Things (IOT) to improve energy efficiency, minimise greenhouse gas emissions, and improve quality of life of a city’s citizens. And in 2011, China’s 12th Five-Year Plan announced its intention to develop “digital cities” throughout the country with the central government playing a vital role in the development and implementation of them.

Policymakers have diverted significant resources towards furthering technological innovation, including the development of 5G, AI, new energy vehicles, and cloud computing. In early 2020 alone, the National People’s Congress signed off on a USD$1.4 trillion fiscal plan to support technological innovation in these fields. China is also taking advantage of its tech giants such as Alibaba and Huawei to support its smart cities development and deployment.

As the 11th largest city in China in regards to Gross Domestic Product, Nanjing is well positioned to expand its smart infrastructure investment and initiatives. One of the city’s first targets is the transportation system for its 8 million residents, encompassing 10,000 taxis, 7,000 buses, and 1 million private vehicles. To help cope with the traffic volume, a next-gen smart traffic system was installed featuring sensors and radio-frequency identification (RFID) chips to generate data on  travel behaviour of individuals, fare prices, road conditions, and area accessibility. Data updates are then sent directly to smartphones to improve congestion without spending money on new roads.

What will likely push Nanjing to the top however is the upcoming Sino-Singapore Nanjing Eco Hi-Tech Island, a joint-project that leverages Singapore’s expertise in smart city urban planning. The island seeks to showcase the development and practice of high-tech innovation, ranging from environmental to agricultural practices. Boasting a low carbon footprint, all commercial and residential buildings on the island will rely on renewable energy sources, mostly solar and hydrogen. Additionally, the proposal promises no factories or manufacturing plants will be built, thereby minimising air pollution.

The city of Zhuhai has undertaken major efforts to establish itself as a model smart city in China, spending at least 1.4 billion yuan since 2017 to promote innovations in its four major industries – semiconductors, artificial intelligence, biomedicine and new materials. Utilising the homegrown technology giants including Huawei, Tencent and ZTE, Zhuhai has integrated various tech, big data and AI into the real economy. On the city level, Zhuhai seeks to implement digital infrastructure under a “smart brain” powered by new-generation big data, artificial intelligence, and blockchain technology. A multitude of smart applications will also tap into urban governance, digital economy, and cross-border cooperation, as well as optimise services for daily lives. What’s more, Zhuhai currently leads the pack in internet accessibility; all villages and major islands with more than 20 households are covered by optic fibre and 4G networks.

The third most populous city of China, Shenzhen is also known as China’s Silicon Valley for its booming tech and software development – many of the country’s tech giants such as Huawei and Tencent were founded here. Taking advantage of this relationship, Shenzhen has been able to adopt AI and big data technologies across various sectors, such as transportation, healthcare and social security. Some recent examples include traffic light management in accordance with real-time traffic conditions and cloud data that helps hospitals speed up diagnosis of COVID-19 cases. The digital infrastructure ultimately will help the city identify which sectors to focus on, and allocate resources to where they are most needed, effectively helping governments and companies to save billions of dollars every year. 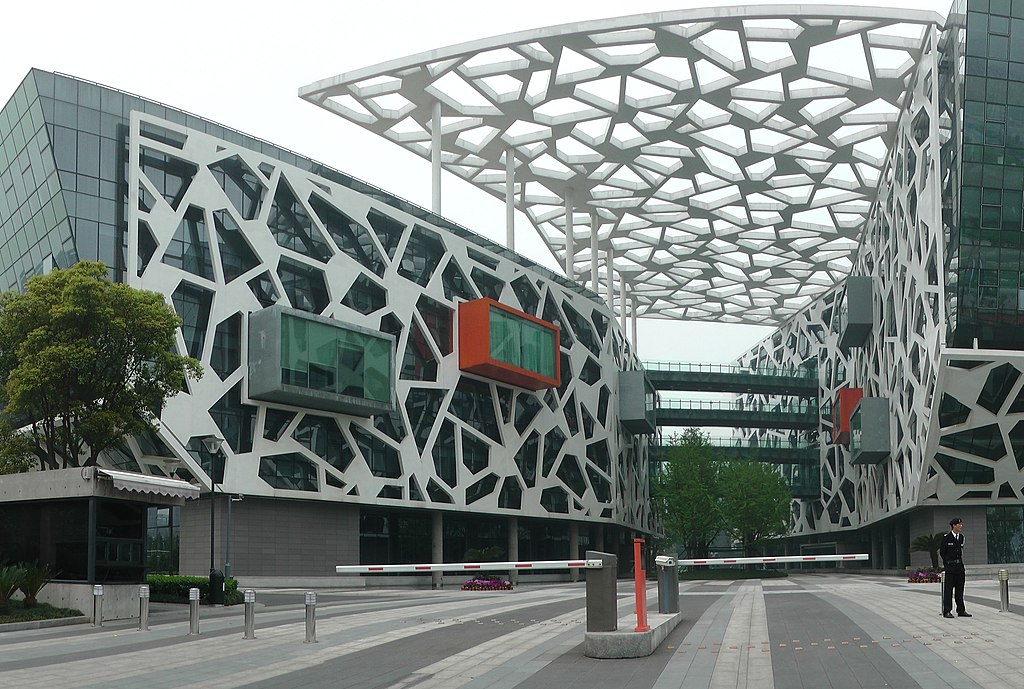 Probably best known for the home of e-commerce titan Alibaba, Hangzhou has embraced the concept of a “cashless society” where unmanned supermarkets, restaurants, and mobile payments are all part of daily life in this city. Alibaba’s AI City Brain system has been adopted into Hangzhou’s city management since 2016 where it helps monitor traffic conditions and adjust traffic lights to reduce travel time and even emergency vehicle response time.  Since the adoption of the City Brain, the city saw a 15% increase in signal control, effectively reducing of travel time by three minutes – which is no small feat. Emergency vehicles were also able to respond 50% faster on average. The City Brain is also deployed in many parking lots, enabling a “park-first, pay later system” that aims to cut down congestion near major traffic centres, and in hospitals where patients can receive treatment first and pay later.

Innovation and development have been slowly picking up in Chongqing. By the end of 2017, there were more than 120 industrial robot enterprises operating in the city and is currently one of the country’s leading robot industry bases, with sales revenue reaching up to 100 billion yuan. Chongqing is also big on data sharing and integration; in September and October 2020, the city released relevant measures to regulate the opening of public data relating to data catalogue and system management. The city was also the first national 5G test site, preluding its role in China’ rapidly-expanding smart industry.

There are more startups in the city of Guangzhou than anywhere else in China, and was one of the earliest adopters of smart programmes and AI technology across governmental systems from weather forecasting to personal identifications. With the aid of a cloud data system, governmental workers can easily access and use government resources, improving efficiency of services. The city is also building more than 80,000 5G base stations and boosting the development of the city’s new energy automobile industry to reduce its carbon footprint. Guangzhou aims to construct more than 4,000 public charging stations, with more than 50,000 public charging points across the entire city to support the transition. 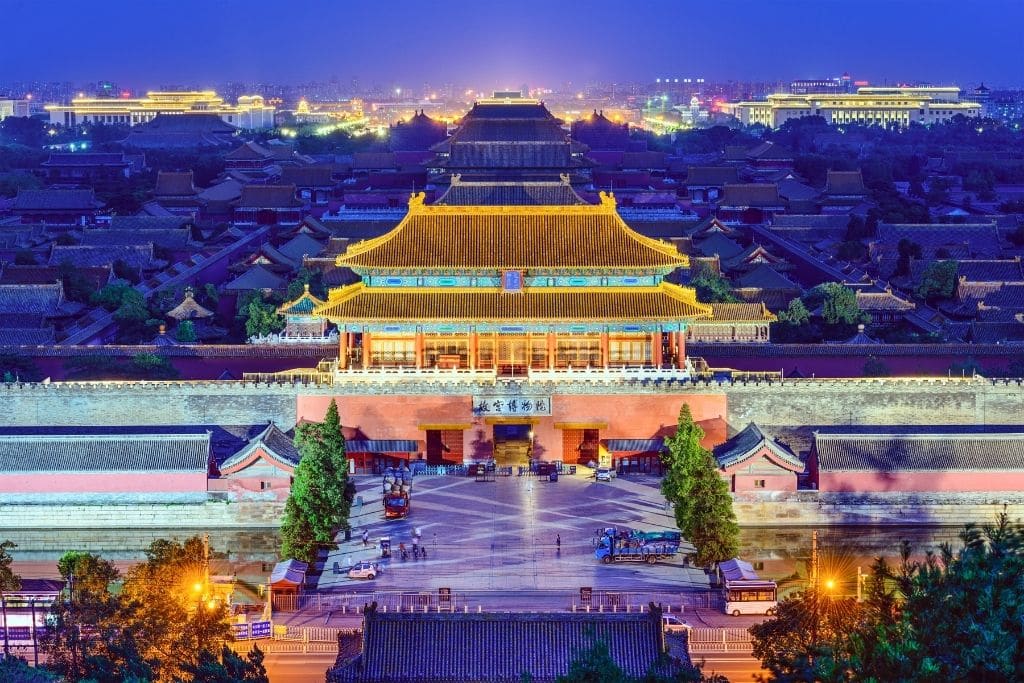 As the capital city, Beijing is looking to significantly improve efficiency and convenience of public service, ranging from transportation to social security. One such initiative is the introduction of the Beijing Citizen Social Service Card, a virtual card that holds key information such as identity documents and health conditions. As another cashless city, Beijing residents can pay for all kinds of services like public transport and goods with only their smartphones. Transportation is also largely improved by a real-time simulation road network model that analyses congestion points. To combat its notorious poor air quality  – which has been improving in recent years thanks to regulations of power plants and vehicles – smart technologies have been adopted to identify various pollutants in the city, which are then forced to close when they are not in use, alleviating air pollution.

Much like Nanjing, this city of 15 million residents is also currently collaborating with Singapore to develop and construct an eco-city. Built on 30 km2 of reclaimed wetlands, the eco-city will depend on solar and geothermal energy for its electricity generation, and use waste heat from a nearby power plant for heating. Half of the city’s water needs will be met through recycled or desalinated water. ‘Green’ buildings will also house 350,000 residents. Lowering its environmental impact and footprint is key for the project, and will utilise technology for efficient waste collection, classification and processing, as well as driverless public buses and smart bus stops to provide smoother commuting for its growing population.

Shanghai’s reputation as one of top smart cities in China (and the world) largely comes down to the Citizen Cloud. This public service platform is a one-stop point for over 1,000 different services for city residents, including personal information, medical and health care, transportation, social security, community life, and tourism and leisure. Residents can also use it to store documentation such as marriage certificates, identification cards, business and driving licences, and residence permits. To date, about 10 million users are registered to the system. A common issue for Chinese cities is traffic congestion; for Shanghai, the city has built a framework for traffic information detailing road traffic to public parking data. More than 1,600 LCD screens and over 1,700 solar electronic station signs are set up across the city, offering accurate arrival times of public transport.

Most often associated as the home of giant pandas, Chengdu has also become a leading city for China’s digital economy, and was the first to implement a gigabit network. To improve convenience, the city has widely adopted cashless systems, but they work slightly differently compared to other cities like Beijing and Hangzhou. Here, residents essentially “pay with their faces” by scanning a QR code and face identification on their smartphones when they purchase goods and services at stores. The whole process typically takes only five to 45 seconds. Smart apps and 5G networks are increasingly used to deal with public transportation, traffic, education, health, employment, and commercial services.