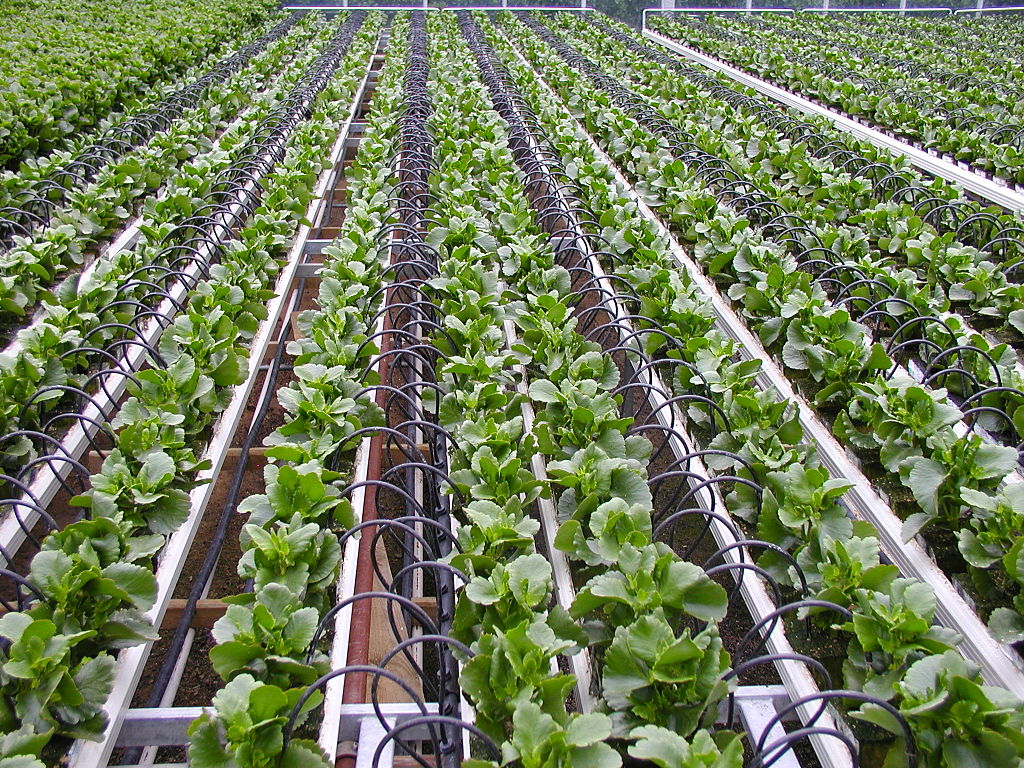 Overconsumption is a root cause to many environmental problems in the world, but our unsustainable practices in the agricultural and farming industry are destroying the world’s soils and water resources, as well as contributing to climate change. We explore and discuss solutions to overconsumption and ways to achieve sustainable agriculture.

Overconsumption often refers to the excess consumption of what we need, particularly with food. There is also a rooted presumption that overconsumption is morally wrong, considering the developed countries’ population represents 25% of the world population but consumes 75% of the natural resources. As developed countries have a higher demand for natural resources, this phenomenon can also be ascribed to the materialistic mindset that people have developed under capitalism: the consumption of material goods is the primary method of achieving happiness.

But more importantly, overconsumption of natural resources is exceeding the sustainable yield. The global agricultural industry is one of the biggest culprits of overconsumption. To help reduce this growing environmental problem, there are two types of solutions to overconsumption we can look at: demand-side measures and supply-side measures.

Demand-side measures aim to modify consumer behaviour, which is usually executed at a national level, such as a meat tax for the purpose of decreasing consumption of meat, or at a social level, like persuading individuals to voluntarily limit their consumption through advertising. Supply-side measures however, aim to improve the sustainability of production so that it can endure our high level of consumption.

When we look at the 17 Sustainable Development Goals set by the United Nations, we learn that ensuring sustainable consumption is not sufficient in itself, but reform in production patterns is also necessary. Here, we explore the major problems the agriculture sector faces and the corresponding supply-side solutions to overconsumption.

About 70% of the world’s freshwater is used for agricultural purposes. At the current pace, freshwater will be in shortage by 2040 given the population growth and the rise of global food demand. Reform in the agriculture sector is necessary to keep freshwater sustainable and one of the most crucial solutions to overconsumption.  The development of agricultural technology could be one way to do so.

Israel is one successful example of achieving sustainable agriculture with the use of technology. Although it is dependent on foreign grain imports, Israel is almost self-sufficient in commodities such as milk, poultry, fruits, and vegetables, according to a 2020 report by the US Department of Agriculture. Israel is not a country abundant with natural resources and in fact, it is facing a shortage of freshwater with a population density almost four times of its neighbouring country, Jordan. But thanks to technological advances, Israel has managed to reduce agricultural water consumption significantly.

Drip irrigation, a technology invented in Israel, delivers water and nutrients directly into the plant’s root through pipes. This method prevents any unnecessary usage of resources by giving the exact amount of water and nutrients that each plant requires to grow healthily. Drip irrigation can reduce the use of freshwater by 30- 70% compared to conventional irrigation through sprinklers.

This watering method was widely adopted in Israel in 1965 but has yet to be introduced to countries in Africa, most of which uses at least 51% of total freshwater available in its outdated system of irrigation. African nations highly depend on their agriculture; two-thirds of the African working population are farmers, and it contributes on average 30 to 60% of GDP. The full agricultural potential of Africa remains to be untapped; countries could produce two to three times more grains with technological advancement.

But some may argue that implementing drip irrigation is expensive for African farmers. Indeed, A drip irrigation system costs USD$2,150 per acre on average. Nevertheless, the long-term economic and environmental benefits derived from such a system is enormous. The World Bank regularly invests in African agriculture and another USD$5 billion was proposed to improve agricultural productivity. 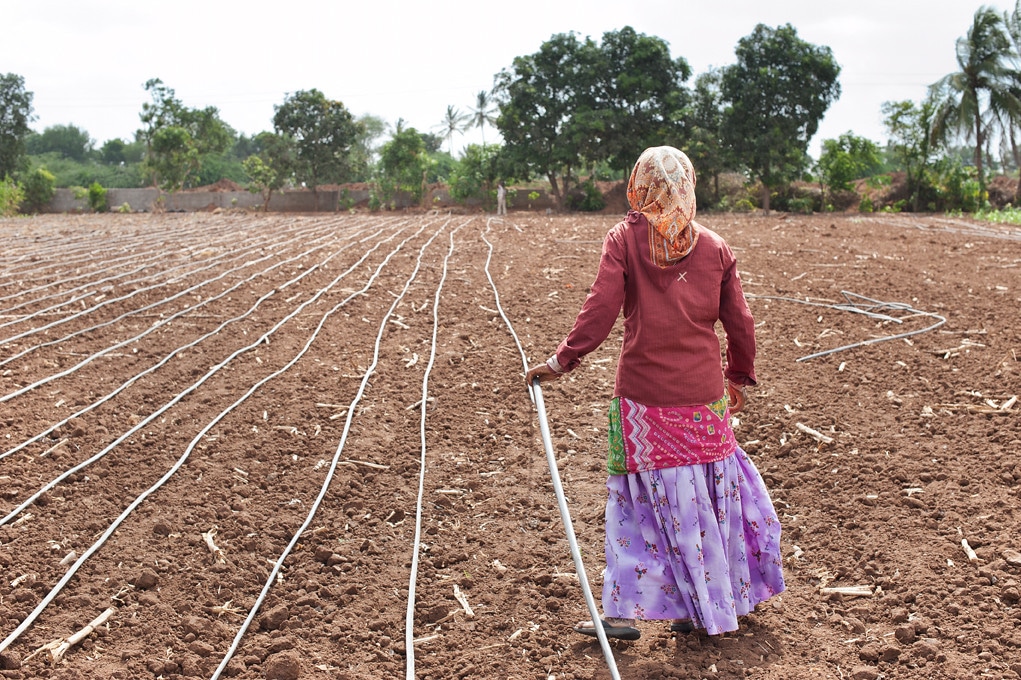 Overconsumption of Land and Soil

A poorly managed agriculture leads to soil exhaustion, a situation in which soils are no longer able to support crops or plants. This will eventually lead to desertification if no proper intervention is made. Historically, people have developed methods to preserve soil fertility such as shifting cultivation, a technique of abandoning a plot of land to let it recover its fertility after years of cultivation. This method, however,  is no longer relevant because of the growing demand for land. In modern days, soil conditioner is adopted to improve soil fertility.

For those who do not have access to such technology, and where traditional techniques are no longer relevant, are forced to overload the land, which consequently, causes the land to be exhausted or even eroded in the worst-case scenario. This phenomenon is particularly evident in Africa since most farmers rely on subsistence farming, which is usually poorly managed. About 40% of soil in Africa is already degraded.

Global consumption of beef is one of the biggest contributors to methane emissions – a greenhouse gas that has at least more than 28 times the warming power of carbon dioxide. Cattle and other ruminant species have a digestive system that decomposes food that is indigestible by non-ruminants by letting the food ferment. Methane is generated during the process of fermenting in the stomach and will be released into the atmosphere through belching. Global livestock is estimated to emit about 14% of all man-made greenhouse gases.

The reason why cattle in the US produce less methane emissions than developing countries is complex and affected by many variable factors. Level of feed intake, type of carbohydrate in the diet, feed processing, and addition of lipids to the diet are all factors that determine the amount of methane generated. For example,  a study in 2020 showed that an 80% decrease in methane emissions was observed after replacing 3% of a cow’s diet with a type of seaweed, demonstrating a cheap and efficient solution.

Cattle genetics is also decisive to the production of methane. Cows with certain genetic patterns produce relatively less methane. In other words, we can generate less pollution by manipulating cattle genetics, such as breeding cattle with low-methane-producing genetic patterns. However, these are commercially confidential information that are not likely shared between countries, and even if there were, methods and technology are dependent on respective conditions and resources of the countries. Take the aforementioned seaweed solution, the specific seaweed used to replace cattle diets can only be found in Australia, making it difficult and costly for other nations to replicate the method.

Overconsumption in the global agricultural industry is destroying our soils, precious water resources, and contributing to the effects of climate change. There are many solutions to overconsumption that already exists, whether it is investing in agricultural technologies such as drip irrigation or adopting more sustainable livestock farming methods. But education and the sharing of information are just as crucial in achieving a sustainable global agricultural system. But these will not be possible without the exchange of knowledge between companies and between countries.