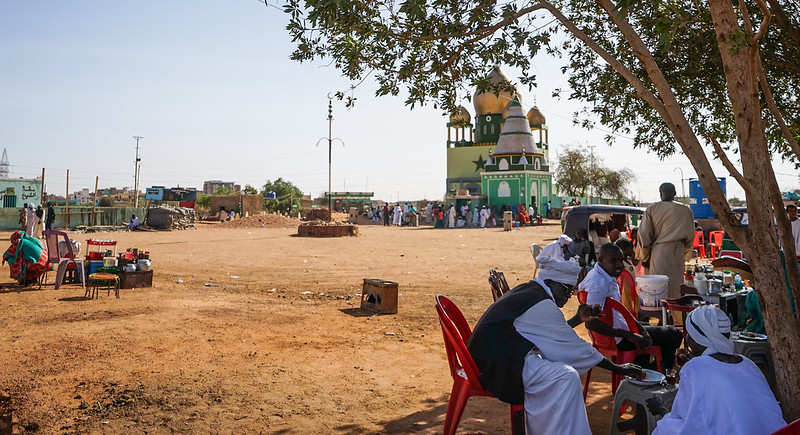 In recent weeks, Sudan has experienced flooding and landslides triggered by torrential downpours that have not only affected nearly 830 000 people and destroyed thousands of homes, but also damaged large tracts of farmland just before harvest. The country’s food security is mainly determined by rainfall and an observation of Sudan’s ecological zones, including deserts, flood regions and mountain vegetation, indicates that the majority of its land is extremely vulnerable to changes in temperature. How will Sudan fare under the advancing climate crisis?

In early September, the country declared a three-month state of emergency over the floods, which began in mid-July and mark the worst flooding in the country in 30 years, with authorities recording the highest water levels on the Blue Nile since records began over 100 years ago. At least 138 people have died. Worst-hit states are North Darfur, Khartoum, Blue Nile, West Darfur and Sennar, and large areas of farmland in these states are under water. This could compromise food security, especially in Khartoum, where already over 1.4 million people are “severely food insecure.”

While heavy rains usually fall in Sudan from June to October every year, flooding is becoming increasingly severe, placing the already-vulnerable country at further risk from the advancing climate crisis. While the country experiences prolonged periods of drought, flooding events kill off crops, exacerbating food insecurity. The country has experienced many devastating floods in the past, which occur from torrential rain overflowing the River Nile and its tributaries and when there is heavy localised rain during the rainy summer season

Mean annual temperature lies between 26 to 32 degrees Celsius but in some places, it can reach up to 47 degrees, causing heat stress and other heat-related diseases. Rainfall is erratic and varies significantly between the north and south of the country; this unreliability increases the vulnerability of the rain-fed agricultural system. Adding to this, annual rainfall has been declining in the last 60 years and the variability of rainfall is contributing to drought episodes.

How Will Sudan Be Affected by the Climate Crisis?

During drought events, conflicts can occur. Food shortages caused by droughts lead to famine, followed by displacement of residents which leads to misuse of the remaining natural resources.

The average temperature is expected to rise significantly in the years to come. By 2060, projected temperature ranges from 1.5 to 3.1 degrees during August and between 1.1 and 2.1 degrees during January. Average rainfall will also decrease by about 6mm per month (5%) during the rainy season.

Agro-climate zones will shift southwards, rendering areas in the north unsuitable for agriculture. For example, in Kordofan Region, millet production is predicted to decrease between 15% and 62%, sorghum between 29% and 71% and gum Arabic between 25% to 30% during 2030 to 2060. Increasing temperatures will intensify desertification in Kordofan Region and beyond; arable land will decrease which will affect food security.

Regarding water, availability may become the most critical issue in the country. Models show that soil moisture will decline under future climate conditions. Already now, at least 32% of the country do not have access to clean water, a proportion which will likely increase in the years to come.

Health-wise, communities in Sudan will be increasingly exposed to malaria due to increasing temperatures, since the Plasmodium parasite that causes the disease reproduces faster inside vector mosquitoes when it’s warmer, increasing the infection of likelihood when the mosquito bites someone. This will cause an already-stressed healthcare system to become overburdened.

There are 19 laws dealing with land use planning, 10 with soil conservation, four with forestry, nine with wildlife and protected areas, 16 with water resources, five with marine resources and coastal management, five with livestock,  four with energy and mining and ten with environmental health. To oversee these overlapping and conflicting laws, the Environmental Protection Act of 2001 was established as an “umbrella legislation,” however Sudan planning is led by politicians and a few professionals and is often poorly implemented. The World Resources Institute (WRI) suggests that adaptation policies should be included in the national planning process, with particular emphasis placed on building the capacities of civil society organisations.

However, a limited effort has been made to create awareness of climate risks to food security. Government is subject to frequent changes due to political instability, which has resulted in limited incorporation of multilateral environmental agreements, such as the United Nations Framework Convention on Climate Change (UNFCCC).

The Sudan National Adaptation Programme of Action (NAPA) identified several policy issues during its preparatory phase which can be used to inform future policies, which includes:

We have long known that the effects of the climate crisis will hit poorer countries the hardest, Sudan being one of them. It is thus essential that the country not only develops its own mitigation and adaptation strategies, but that it gets help from the more developed world- either in the form of technology and financial assistance or otherwise- to implement and maintain these strategies.