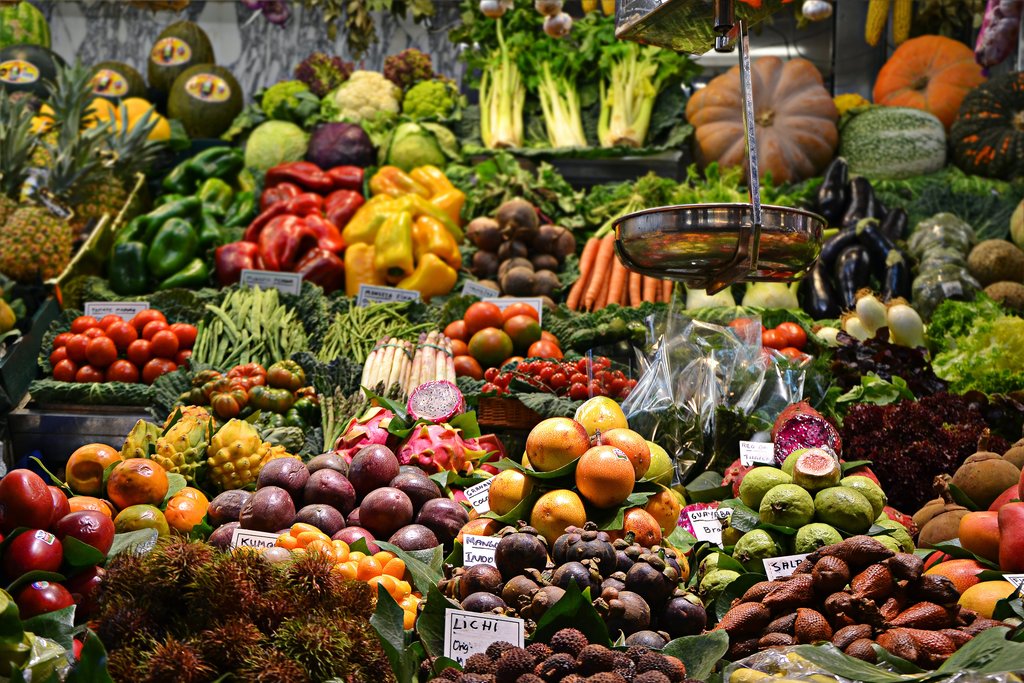 With the largest population in the world, China has the most mouths to feed on the planet. Consequently, China generates more food waste than any other nation. How can this problem be solved?

More than 6%- or 35 million kgs– of the country’s total food production is lost before reaching consumers, in the household and warehouse storage, transport and processing sectors. There are 500 cities in China producing 50 tonnes of food waste every day. Bigger cities such as Shanghai and Beijing, produce between 1 000 and 2 000 tonnes per day. With an ever-growing population and food security increasingly becoming more of a concern, it’s imperative to curb the amount of food waste that China is producing.

The Problem with Food Waste

A report by the Institute of Geographic Sciences and Natural Resources Research and the China Academy Science found that in 2015, China wasted up to 18 million tonnes of food served in big cities, enough to feed 30 to 50 million people annually. This equates to roughly the population of South Korea in the same year.

Vegetables accounted for as much as 29% of the total waste occurring at the consumer level in the four cities surveyed- Beijing, Shanghai, Chengdu and Lhasa- followed by staple food, like rice and noodles, and meat, representing 24% and 18% of the total respectively.

Chinese cities produce 25% of the world’s municipal solid waste, most of it food. Most of China’s food waste is either landfilled or burned; in 2017, municipal landfills accepted more than 152 metric megatonnes of urban waste, most of which was organic waste.

With more than 2 000 landfills nearly full, Chinese cities have turned to waste incineration, which is extremely environmentally damaging. This waste generates considerable amounts of methane and every kg of landfilled municipal solid waste can release its equivalent weight of CO2. Incineration plants in China have nearly tripled in number since 2010, but they cannot easily burn wet food waste; Chinese incinerators struggle to burn urban solid waste because it contains up to 70% moisture content.

The problem is also putting pressure on the country’s limited water, energy and land.

You may also like: Why We Can’t Quit Plastic

The Severity of Food Waste in China

According to the Food and Agriculture Organization of the United Nations (FAO), food loss in the harvesting stage is as high as 10% of total output. In the storage stage, about 8% of food stored in farmer households- over 20 billion kgs- is lost because of poor storage or drying facilities, the most common direct causes of such loss being insects, mold and birds. Over 7.5 billion kgs of the country’s grain is lost due to old and unsafe warehouses.

In the transport sector, there is a shortage of specialised transport vehicles for grains. About a quarter of grains is transported in loose form, and because of scattering and leaking, around 5% of grains- more than 30 billion tonnes- is lost annually.

In the processing stage, more than 7.5 billion kgs is lost annually because of over-processing of foods like rice.

Since 2010, the Chinese government has selected 100 different cities and given them an opportunity to explore alternative waste management systems. Restaurants will soon be charged a fee for the amount of food they produce, tracked by an online system by authorised collectors. This will boost on-site compost systems which will ease pressure on local landfills and incineration plants, but solutions must be delivered on a larger scale.

Thankfully, policies covering food waste have been rapidly emerging in recent years. In 2016, China amended its Solid Waste Law to improve oversight and transparency of waste generators, halt illegal dumping and promote recycling and reuse of wastes, including food.

Moving forward, policy makers should consider loss and waste reduction to be as important as increasing production. According to the FAO, the current policy system of agricultural subsidisation mainly includes price guarantees and subsidisation for staple crops, production materials, seeds and agricultural machinery, which leads to local governments focusing on crop production while paying little attention to the wastage in the supply chain. The region’s rate of food loss and waste in various stages of the supply chain should be assessed in addition to output, and incentives and subsidies should be based on both markers.

The FAO also advocates for the implementation of a ‘Food Law’, whereby the management, pricing and penalisation for food loss and waste is enacted into law. There should also be increased investment in reducing food loss and waste in the form of the construction of new warehouses and special funds for storage, transport, processing technologies and equipment bundles.

An underutilised food waste disposal method used in China is anaerobic digestion, a process that transforms organic waste into biogas. This biogas, produced by bacteria as they digest the organic waste, can be used as energy on-site, or converted into biofuel. Cities across China are experimenting with making biogas from food waste to generate electricity and digestate, a substance used as fertiliser.

Finally, storage conditions should be improved, as well as measures like low temperature and high moisture storage, mechanical ventilation and promoting the use of by-products such as rice and wheat bran.

There is no shortage of potential solutions and it is vital that some of them, however novel, are tapped into. If food waste were a country, it would be the third-largest emitting country in the world, generating about 8% of total greenhouse gas emissions, although some studies have this number at 11%. This issue is not location-specific, but an issue that affects every living thing on the planet and should therefore be seen as an urgent area to take action in.