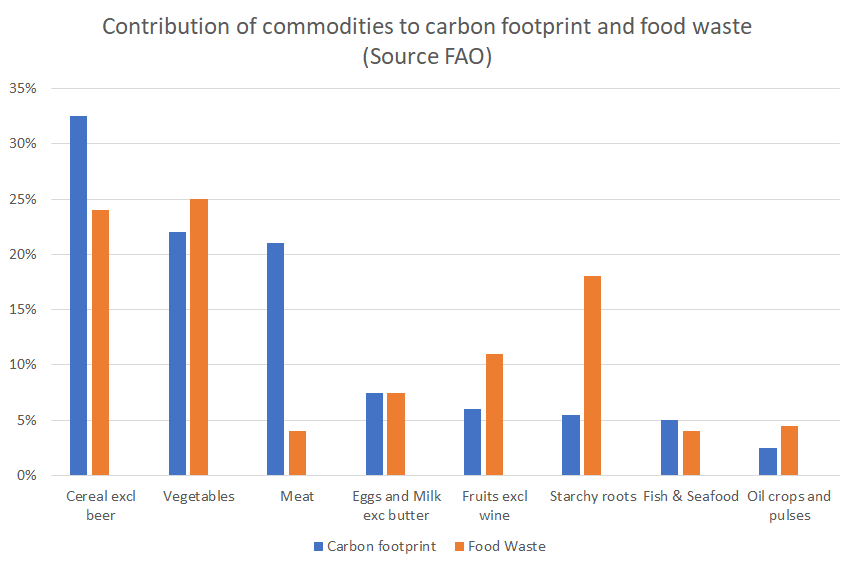 Singapore produces vast amounts of food waste, threatening its resources and land availability. How can this problem be solved?

A study by the Singapore Environment Council (SEC) found that Singapore households throw away around 26 000 tonnes- or S$342 million- in unconsumed food annually. Food waste accounts for about 10% of the total waste generated in Singapore, but only 17% of this is recycled. The rest of it is disposed of at waste-to-energy plants for incineration.

The SEC says that this wastage is due to improper storage, purchasing patterns and food handling habits. It identifies major drivers of food loss further down the supply chain, which include poor disease and pest management, over-importation of food items and inadequate infrastructure.

Of those surveyed in the study, about one third said they throw away 10% or more of uncooked and unconsumed food items per week.

The study also found that 342 000 tonnes of food is lost in Singapore before it reaches retail and consumers, 49% of this from the loss of fruits and vegetables.

Singapore Environment Council Chairman Isabella Huang-Loh, says, “More can be done in an industrialised country like Singapore to reduce food loss. Down the chain, better coordination and raising awareness among food industries, retailers and consumers can go a long way to reduce food loss and waste.”

Singapore has implemented its Zero Waste Masterplan, which outlines the Republic’s strategies to build a sustainable and climate resilient nation. The campaign says that food waste is one of the biggest waste streams in Singapore and that the amount of food waste generated has grown by 40% in the last decade. In 2018, the country generated 763 million kgs of food waste, making up half of the average 1.5kgs of waste disposed of by each household in Singapore daily. Rice, noodles and bread are the most commonly wasted food items.

Wasting food means that more food has to be sourced to meet demand, affecting food security since Singapore imports over 90% of its food supply. It also means that the Republic will need to build more waste disposal facilities, such as waste-to-energy plants and landfills for incineration ash, a difficult task for land-scarce Singapore.

To conserve resources, food wastage must be minimised and unavoidable food waste must be treated, starting with avoiding wastage and excess food production (or re-distributing excess food) and then segregating food waste for recycling and treatment. Singapore is working on this issue through publicity and outreach programmes, where it educates consumers on how to adopt smart food purchasing, storage and preparation habits, as well as providing food manufacturers and retailers with handbooks to help them develop a food minimisation plan that suits them. Further, it is building up local research and development capabilities to discover innovative ways to recycle food waste.

In terms of legislation, the Resource Sustainability Act mandates that from 2024, large commercial and industrial food waste generators will be required to segregate food waste for treatment, including hotels and malls, as well as food storage warehouses manufacturers. Also, from 2021, developers of new developments which are expected to generate large amounts of food waste will be required to allocate space for on-site food waste treatments.

There is no shortage of potential solutions and it is vital that some of them, however novel, are tapped into. If food waste were a country, it would be the third-largest emitting country in the world, generating about 8% of total greenhouse gas emissions, although some studies have this number at 11%. This issue is not location-specific, but an issue that affects every living thing on the planet and should therefore be seen as an urgent area to take action in.