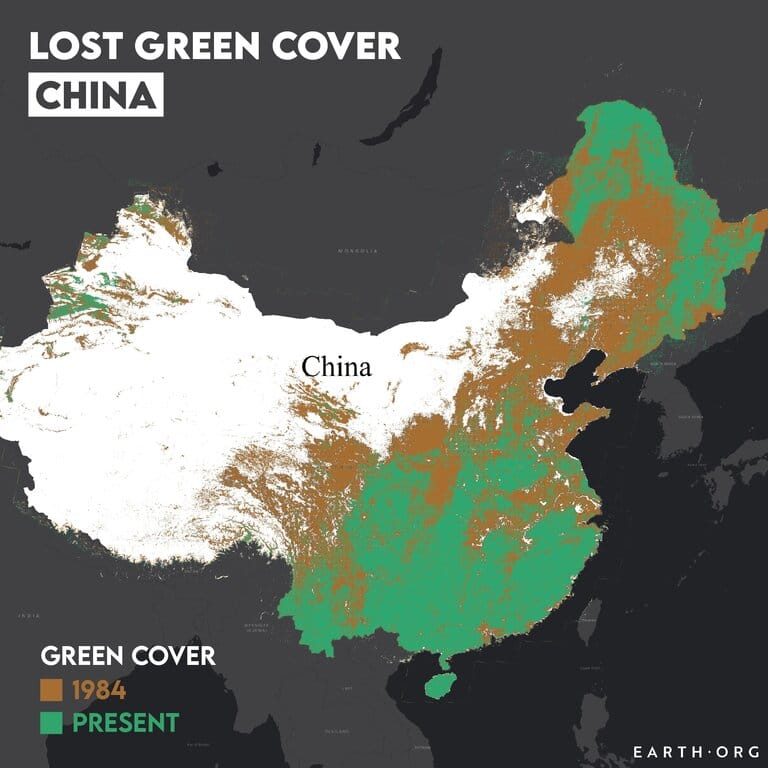 The world has a history of using nature to help repair crises; in 1993, US President Franklin D. Roosevelt allocated USD$10 million for emergency conservation efforts under the New Deal. In South Korea, a famine and refugee crisis in the 1950s saw the government restoring forests and farmland, which created hundreds of thousands of jobs. Similarly, the COVID-19 pandemic is seeing nations use nature restoration to create jobs to kickstart their economies. Here’s how seven countries are looking to repair nature by including restoration commitments in their COVID-19 recovery plans.

One of the countries looking to repair nature as part of their COVID-19 recovery plans is France. About one-third of France’s $120 billion recovery package is devoted to greening the economy. The country is investing in clean buildings, industry and transport, and it is also allocating resources for the “agro-ecological transition” of agriculture. This includes training and tax credits for organic farmers, replanting and restoring hedges along field boundaries and supporting locally-based food systems and urban farming.

Nairobi has hired families struggling from the pandemic to clean up its parks and waterways, the benefits of which are already being seen: over 1 000 tons of rubbish have been removed and fish are returning to the Nairobi River.

The nation has allocated $18 million to rehabilitate over 30 000 hectares of degraded peatlands. This project is aimed at improving and increasing the area of wetlands for endangered species and reducing greenhouse gas emissions.

The government is planning to plant 180 millions trees, 50 million of which should be planted before the end of the year. The package includes funds to promote agroforestry and agropastoralism, both of which can restore soils and ecosystems. The government also plans to tighten mining regulations.

The country has hired tens of thousands of people who lost their jobs during COVID-19 lockdowns to plant saplings, including mulberry and acacia trees. The government exempted the 10 Billion Tree Tsunami initiative from some lockdown restrictions.

The country is planning to plant 5 billion seedlings in 2020, in an effort to double its forest cover by 2030. Ethiopia has focused on forest restoration to create green jobs, improve the health of its citizens and kickstart an economic recovery from COVID-19. Last year, the country planted over 350 million trees in one day, a world record.

The UK plans to invest up to $52 million in a “Green Recovery Challenge Fund,” which will help create or safeguard up to 5 000 jobs in nature conservation and restoration. The UK is also developing a system to assess its natural capital to improve its understanding of habitats and provide better guidance for decision making.

Inger Andersen, Executive Director of the United Nations Environment Programme, says, “A green recovery is one that tackles the climate, biodiversity and pollution crises at the same time.”

Restoring nature is one of the core objectives of the UN Decade on Ecosystem Restoration, a global push to repair lands lost to development, that is set to begin in 2021.

The Great Green Wall of Africa, the world’s most ambitious reforestation project stretching from Senegal to Djibouti, has covered only 4% of its target area more than halfway through its 2030 completion date, according to a UN status report.

The Great Green Wall of Africa was conceived in 2007 by the African Union as a 7 000km barrier intended to hold back the Sahara and Sahel deserts. The “wall” is intended to improve livelihoods in the regions impacted by droughts in the Sahel region, sequester carbon dioxide and reduce conflict, terrorism and migration. But lack of funding, technical support and poor oversight has marred the progress of the project, the authors of the report say.

UN deputy-secretary general Amina Mohammed, says, “Frankly, this is a great initiative that has not had the great investments that it should have had. We ought to be seeing something very different. Now is the challenge: step up and give with urgency.”

The results varied from country to country. Ethiopia is a frontrunner, having reportedly planted 5.5 billion seedlings. Other countries have lagged largely because of different geographies, levels of governance and economic development. Burkina Faso planted 16.6 million plants and seedlings and Chad 1.1 million, although both nations received more financial support for the project.

Another problem is monitoring. Each nation provides their own estimates, but there are doubts as to how many of the 12 million trees planted in Senegal, for example, have survived.

You might also like: Chad Seeks to Postpone World Heritage Status Application For Lake Over Oil Exploration

Salwa Bahbah, a research analyst with Climatekos, the firm who drew up the report, says, “One of the main problems we had was to try to track the project because there is not a good monitoring and evaluation system in place. “We don’t know where the money goes exactly and how it is used.”

Additionally, some scientists have expressed concern about creating walls of trees when grasslands can be more effective in certain regions. There is also greater political support for investing in soil restoration and water management of productive areas rather than planting trees in remote, sparsely inhabited areas.

Chris Reij of the World Resources Institute says that the disappointing results until now show that there needs to be more focus on what has not worked and how to move forward. “I’m a fan of the GGW. It’s a very useful initiative, which shows the political will of governments to fight land degradation. At the same time I’m quite critical. The original idea of planting a green wall in areas of less than 400mm [of rainfall] to stop the advance of the Sahara has largely been abandoned, although not in the rhetoric.”

He continues, “It is now much more about creating great green and productive landscapes, even though they don’t express it in these terms. There is a ton of good experience across the Sahel upon which it is possible to build. There are many more smaller and bigger successes than often assumed, which can be scaled.”