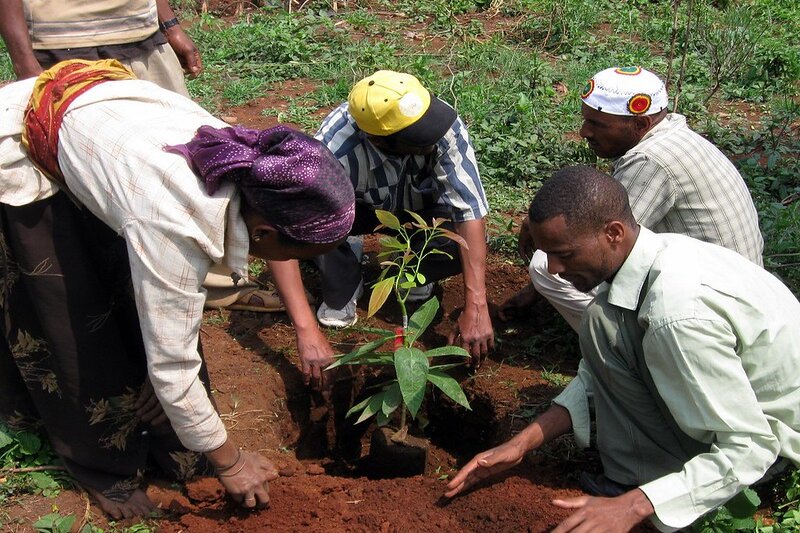 The Great Green Wall of Africa, the world’s most ambitious reforestation project stretching from Senegal to Djibouti, has covered only 4% of its target area more than halfway through its 2030 completion date, according to a UN status report.

The Great Green Wall of Africa was conceived in 2007 by the African Union as a 7 000km barrier intended to hold back the Sahara and Sahel deserts. The “wall” is intended to improve livelihoods in the regions impacted by droughts in the Sahel region, sequester carbon dioxide and reduce conflict, terrorism and migration. But lack of funding, technical support and poor oversight has marred the progress of the project, the authors of the report say.

UN deputy-secretary general Amina Mohammed, says, “Frankly, this is a great initiative that has not had the great investments that it should have had. We ought to be seeing something very different. Now is the challenge: step up and give with urgency.”

The results varied from country to country. Ethiopia is a frontrunner, having reportedly planted 5.5 billion seedlings. Other countries have lagged largely because of different geographies, levels of governance and economic development. Burkina Faso planted 16.6 million plants and seedlings and Chad 1.1 million, although both nations received more financial support for the project.

Another problem is monitoring. Each nation provides their own estimates, but there are doubts as to how many of the 12 million trees planted in Senegal, for example, have survived.

You might also like: Chad Seeks to Postpone World Heritage Status Application For Lake Over Oil Exploration

Salwa Bahbah, a research analyst with Climatekos, the firm who drew up the report, says, “One of the main problems we had was to try to track the project because there is not a good monitoring and evaluation system in place. “We don’t know where the money goes exactly and how it is used.”

Additionally, some scientists have expressed concern about creating walls of trees when grasslands can be more effective in certain regions. There is also greater political support for investing in soil restoration and water management of productive areas rather than planting trees in remote, sparsely inhabited areas.

Chris Reij of the World Resources Institute says that the disappointing results until now show that there needs to be more focus on what has not worked and how to move forward. “I’m a fan of the GGW. It’s a very useful initiative, which shows the political will of governments to fight land degradation. At the same time I’m quite critical. The original idea of planting a green wall in areas of less than 400mm [of rainfall] to stop the advance of the Sahara has largely been abandoned, although not in the rhetoric.”

He continues, “It is now much more about creating great green and productive landscapes, even though they don’t express it in these terms. There is a ton of good experience across the Sahel upon which it is possible to build. There are many more smaller and bigger successes than often assumed, which can be scaled.”