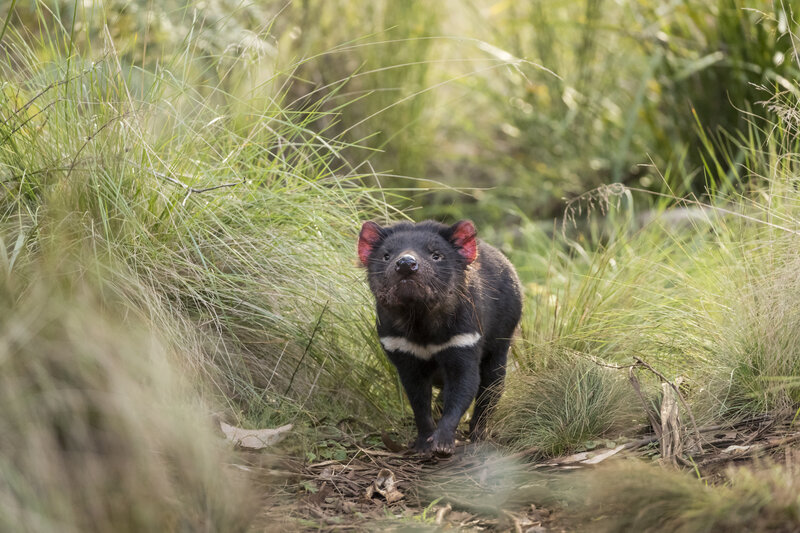 For the first time in 3 000 years, Tasmanian devils have returned to the wild in mainland Australia. Aussie Ark, in partnership with Global Wildlife Conservation and WildArk, recently released 11 Tasmanian devils into a 400-hectare wildlife sanctuary on Barrington Tops in a bid to rewild Australia, which has the world’s worst mammal extinction rate.

Tasmanian devils vanished entirely from mainland Australia partly because they were outcompeted by dingoes. Additionally, a transmissible, painful and fatal disease called Devil Facial Tumour Disease (DFTD)—the only known contagious cancer—decimated up to 90% of the wild population of Tasmanian devils. Just 25,000 devils are left in the wild of Tasmania today.

The reintroduction took place on September 10 following a successful assisted trial release with 15 Tasmanian devils. 26 devils now call the wild of mainland Australia home. Aussie Ark selected the particular devils for reintroduction based on those most suitable to breed with one another without any inbreeding. The wild sanctuary will prevent the spread of disease, feral pests, noxious weeds and fire The wild sanctuary will also keep cars out, ensuring that the devils learn not to associate cars with food—an association that could be deadly when they are more widely released.

Tim Faulkner, president of Aussie Ark, says, “In 100 years, we are going to be looking back at this day as the day that set in motion the ecological restoration of an entire country. Not only is this the reintroduction of one of Australia’s beloved animals, but of an animal that will engineer the entire environment around it, restoring and rebalancing our forest ecology after centuries of devastation from introduced foxes and cats and other invasive predators. Because of this reintroduction and all of the hard work leading up to it, someday we will see Tasmanian devils living throughout the great eastern forests as they did 3,000 years ago.”

As apex predators and the world’s largest carnivorous marsupials, Tasmanian devils help control feral cats and foxes that threaten other endangered and endemic species. Additionally, because they are scavengers, they keep their habitats clean and free of disease.

This is the first of three planned reintroductions. In the next two years, Aussie Ark will do two additional releases of 20 devils each. The animals will be monitored through regular surveys, radio collars fit with transmitters and camera traps. This will give the researchers the opportunity to learn about how the devils are faring, where they are claiming territory, what challenges they are facing, what they are eating, and whether they’re reproducing. All of this information will help to inform future releases, including in Tasmania and elsewhere on the mainland.

Aussie Ark was established in 2011 as ‘Devil Ark’, with a focus on saving the Tasmanian devil from extinction. Since then, the role of the organisation has expanded, and now has a vision of creating a long-term future for threatened Australian species. Aussie Ark will secure wild sanctuaries to conserve native wildlife, free from unnatural predation. Learn more at www.aussieark.org.au

WildArk is a global not-for-profit conservation effort that was founded in 2016, aiming to promote and support activities that educate, enable, provide resources or inspire humanity to sustainably conserve, protect or restore the environment and the world’s ecosystems, natural resources, wildlife and wild places. The mission is manifested through positive storytelling, scientific research, supporting wildlife conservation and investing in space for the wild. Learn more at www.wildark.org.