Tech giant Amazon has announced a nature-based carbon offset project in the Brazilian Amazon Rainforest that will help small farmers produce sustainable agricultural produce through reforestation and regenerative agroforestry programs, in exchange for carbon credits that will go to the internet company. The initiative is expected to support 3,000 small farmers in Pará state and restore an area the size of Seattle in the first three years, and in the process remove up to 10 million metric tons of carbon dioxide from the atmosphere through 2050.

How do you get a small rancher to give up cutting trees for pasture and instead produce high-value and sustainable agricultural products without the requisite skills, money, or access to markets? A new carbon offset initiative is trying to solve this problem in the Brazilian Amazon.

Called the Agroforestry and Restoration Accelerator, this nature-based carbon offset project aims to help small farmers diversify production and reach new markets, focusing on reforestation and regenerative agroforestry while also advancing economic development. The initiative, announced in early September by U.S-based tech giant Amazon in partnership with nonprofit The Nature Conservancy (TNC), will set up a project in Pará state, home to 9% of the world’s tropical forest area and 40% of Amazon deforestation — the highest rate of forest loss in Brazil.

But this isn’t a philanthropic movement. While Amazon will invest money and provide technical assistance to farmers — and TNC and other nonprofits will provide support on the ground — the tech colossus will receive carbon credits in exchange. Amazon executives and NGO representatives say this project is a win-win for forests, farmers, investors, and even for international carbon credit markets.

“The logic was to generate an alternative source of income so the small farmers wouldn’t have to expand their cattle production through deforestation. This logic, however, had always been philanthropic so far,” said TNC conservation director Rodrigo Spuri Tafner de Moraes in a phone interview.

Before the partnership with Amazon, TNC said it developed a pilot project in Pará over the last eight years named Cacau Floresta (“forest cocoa” in English) to help small farmers start producing sustainable crops of high market value, such as cocoa; Brazil is one of the world’s top cocoa-producing countries, but is still a net importer of the commodity.

According to TNC, this carbon offset pilot project incentivised small farmers and ranchers to recover degraded or unproductive areas by planting cocoa trees in addition to other native species. This approach created low-carbon, small-scale agricultural production through agroforestry systems that recovered the forest while opening up a new income source for farmers, the nonprofit added.

Now, through the partnership with Amazon, the investing model aims to generate carbon credits by scaling the project over time, with the possibility of bringing in other investors, the partners say. The goal for the first three years, they say, is to support 3,000 small farmers and restore around 20,000 hectares (nearly 50,000 acres), an area approximately the size of the city of Seattle. Amazon calculates that this would generate 10 million metric tons of carbon offset from the atmosphere through 2050.

“We believe that there are more than 40,000 farmers who could benefit from a program like this in the region, and that would take a significant scale of investment,” James Mulligan, senior scientist at Amazon, told Mongabay in a phone interview. “We will set up the basic structure of the project and set up the program to scale. In order to scale, it needs additional investments which could come from different sources.”

To succeed, the project includes comprehensive steps, developers say, ranging from a platform to select eligible farmers, to training for the requisite skills, given that deforestation here is driven largely by cattle ranchers who don’t know how to produce cocoa. Smallholders will also have access to high-quality seeds, access to credit lines, logistics to support sales, and entryways to markets, they add.

People working on the ground with related initiatives for forest-friendly products say more needs to be done to bolster the domestic market. Amazon farmers need not just support to produce sustainable crops, but also infrastructure for innovation within the forest, says Guilherme Faleiros, coordinator of product commercialisation from the Amazon for Idesam, a Brazilian NGO that develops projects with rural farmers and traditional, riverine and Indigenous peoples.

“The Amazon forest needs the type of incentive that Embraer [the Brazilian aerospace manufacturer] provided to the aviation industry, or that Embrapa [the Brazilian Agricultural Research Corporation] provided to the large farming industry. We need something similar focused on the Amazon and agroforestry, to make local economy move forward,” Faleiros told Mongabay in a recent interview.

The developers behind the Agroforestry and Restoration Accelerator say that once the production chain is in place, they will also build and improve infrastructure related to carbon credits, including monitoring via satellite imagery, development of more advanced algorithms, and in loco supervision.

Amazon, the company, is a co-founder and signatory of the Climate Pledge, which commits to reaching net-zero carbon emissions by 2040, or 10 years ahead of the target established by the Paris Agreement. Within this goal, the company says it’s focusing on eliminating emissions both within and outside its value chain of business, and identifies nature-based solutions as an important way to do that. “Our focus on reducing deforestation recognises that a continuation of current rates of deforestation over the next decade would put the Paris Agreement targets out of reach no matter what companies do in their own operations,” the company says in a document laying out its path to net-zero carbon.

To make sure that the investment’s impact will be quantifiable and validated, Amazon says it wants to improve the carbon credit market. The company says the goal is to have the project in Pará generating what’s known as high-quality carbon credits. That means they have to be quantifiable, real, permanent, and socially beneficial. Acknowledging existing criticisms of carbon credits, Amazon says it will invest in technological solutions to improve the accuracy of measurement and monitoring. “We are evaluating the vulnerability of current standards, and want to go above and beyond, and drive change in the carbon credit market,” Mulligan said. 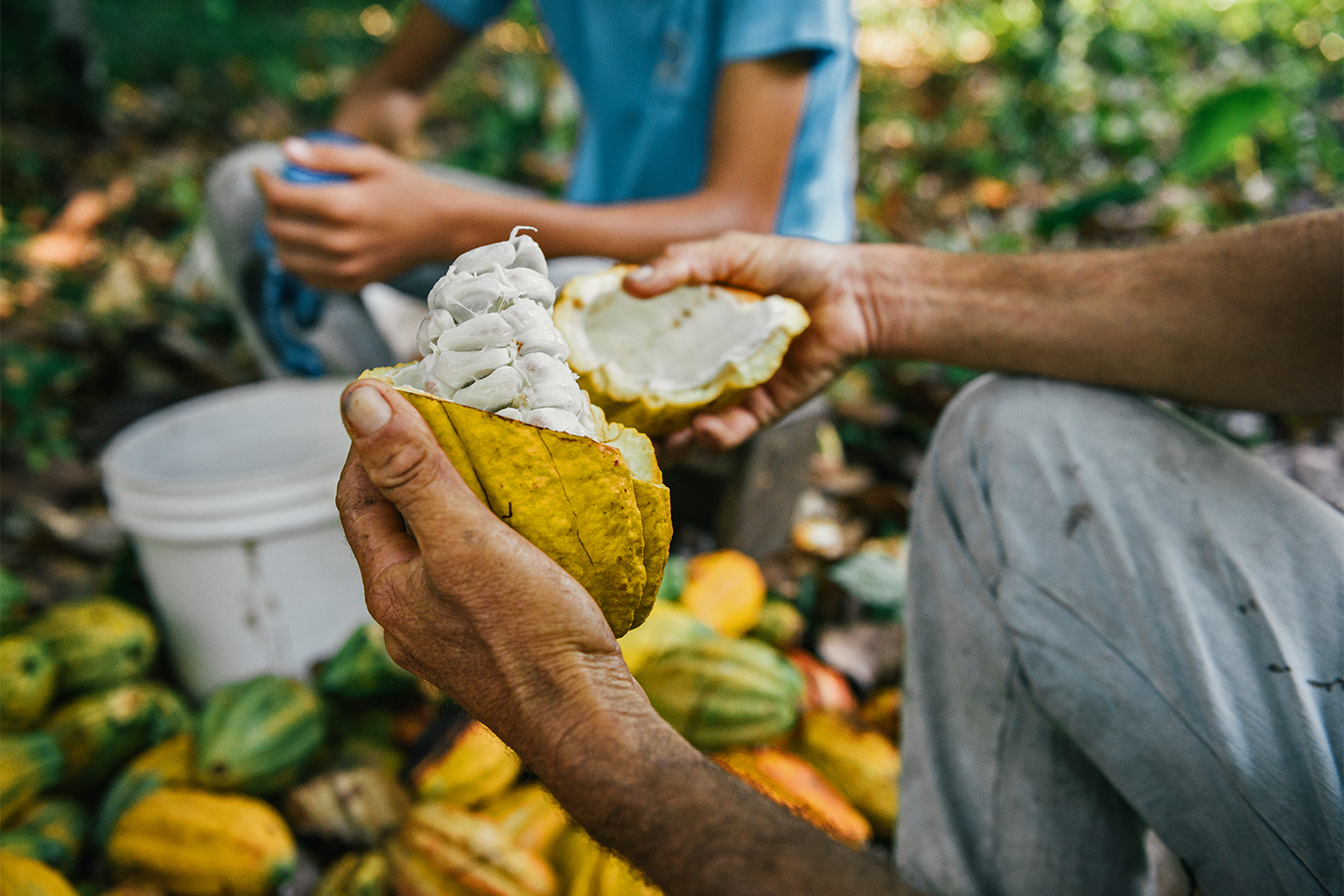 According to TNC, the improvement of monitoring systems to ensure the permanence of carbon credits is imperative to scale future projects aimed at Amazon reforestation. “Nature has the capacity to provide 40% of the climate mitigation needed in the world, including restoration of forests, keeping carbon on the ground and conserving the forest,” Spuri said in a phone interview. “For that, we need to unlock more private investments focused on the rehabilitation of the forests.”

Projects helping small farmers shift their production toward sustainable models, however, need to also provide support with post-production, according to Eduardo Darvin, coordinator of the social business program at the Instituto Centro Vida (ICV), a sustainability nonprofit. “[Farmers] often do not have knowledge about the logistics for commercialisation and for getting certification [for organic and sustainable labels] of their products. This is already a reality for selling to local markets, and even more if we think about exports,” Darvin said in a recent interview with Mongabay.