The Amazon is at Risk of Drying Out 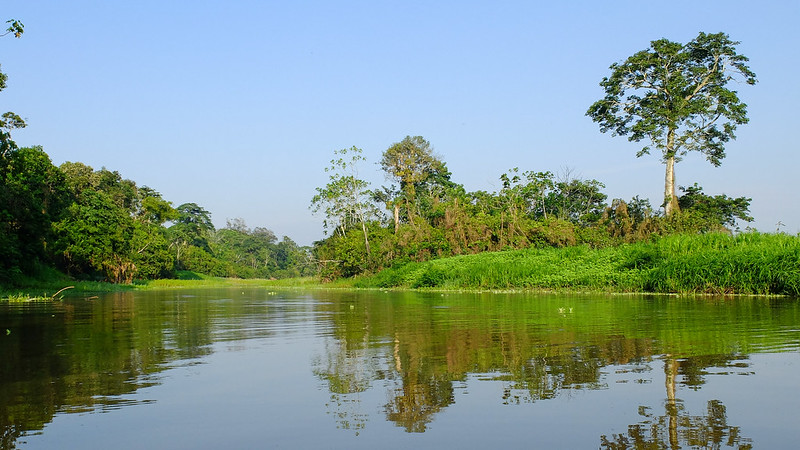 A report warns that the atmosphere above the Amazon rainforest has become increasingly dry over the past two decades due to human activities and is at risk of drying out completely. This could increase the rainforest’s demand for water and make it more vulnerable to droughts and fires.

The study, published in the journal, Science, observed an increasing trend in a measure called Vapour Pressure Deficit (VPD) over tropical South America in dry season months. VPD is a combined function of air temperature and relative humidity and is a critical variable in determining plant photosynthesis. Higher VPD values indicate a decline in atmospheric moisture. This implies that the Amazon is likely to increasingly struggle to sustain its water demands, triggering more widespread and severe droughts. As a result, wildfire risk and tree mortality will increase, causing a significant loss of carbon over the Amazon basin.

This has already been seen with previous droughts. After the 2005 megadrought, where more than 70 million hectares of pristine forests in southwestern Amazonia were affected, the most negative annual carbon balance ever was recorded in the region. This decrease can be attributed to extensive and severe damage to the forest canopy that was detectable by satellite. The older, larger, more vulnerable canopy trees were especially susceptible to dieback and tree falls. Even when rainfall levels recovered in the following years, about half of the forest affected by the 2005 megadrought – an area the size of California – did not recover by the time the next major drought began in 2010.

Furthermore, during the 2015 Amazonia drought, the highest VPD since 1979 was recorded. Similar values that are well beyond the scope of natural variability have been observed across the last decades, insinuating a human influence. The researchers suggest that elevated levels of greenhouse gases account for approximately half of the increase in atmospheric dryness. Other influencing factors are unclear, but burning of rainforest biomass for agriculture that causes widespread land-cover change, is thought to be another predominant cause. Satellite data taken in 2018 revealed that an area of Amazon rainforest roughly the size of a football pitch is now being cleared every single minute.

Dr Armineh Barkhordarian from the University of California and lead author of the study said, “We observed that in the last two decades, there has been a significant increase in dryness in the atmosphere as well as in the atmospheric demand for water above the rainforest. In comparing this trend to data from models that estimate climate variability over thousands of years, we determined that the change in atmospheric aridity is well beyond what would be expected from natural climate variability.”

Higher VPD levels are concerning as the Amazon rainforest- commonly coined ‘the lungs of the Earth’- is critical in regulating the global climate. The multitude of flora found in tropical forests enable them to extract half of the atmospheric carbon dioxide via photosynthesis – thus helping to reduce levels of this greenhouse gas and help mitigate global warming.

In addition, the Amazon basin plays an important role by regulating rainfall in the region. It cycles water between the forest and the atmosphere via rainfall and transpiration of leaves, leading to a freshwater ocean in South America – the rivers and groundwater – that maintains rainfall in the southern agricultural regions of the continent. However, the Amazon rainforest is extremely vulnerable to increases in atmospheric drying and warming, as they are thought to produce up to 80% of their own rainfall. A decrease in atmospheric moisture, combined with an increase in global temperatures, decreases the ability of the Amazon to regulate its rainfall, thus increasing the vulnerability of major Brazilian cities to water shortages.

Will the Amazon rainforest survive?

The dire potential situation has highlighted the need for a greater focus on halting deforestation in the Amazon basin, in conjunction with decreasing emissions of greenhouse gases. Both will help decrease VPD and hence reduce the potential risk of droughts and the associated threat of wildfires and tree mortality. It has never been more critical to address this drying out issue because if the Amazon forest is lost, the crucial ecosystem services it provides will also be lost.