The American Bumblebee Population Has Dropped By 90% Within 20 Years 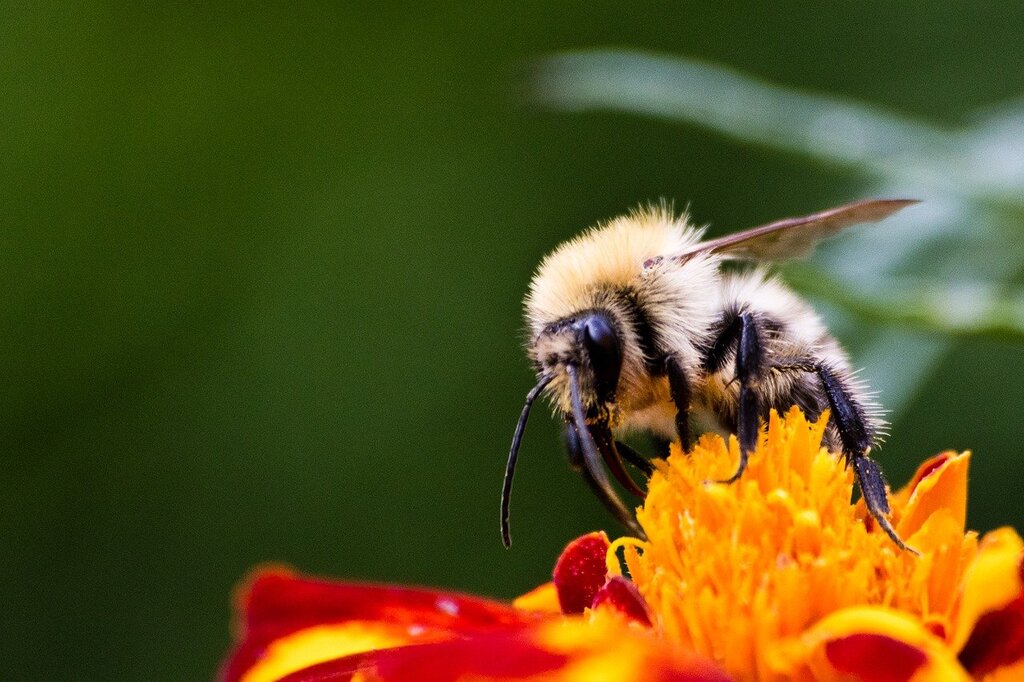 The American bumblebee is an important species vital in pollinating the nation’s wild flowers and agricultural crops, but they’re now heading towards extinction due to habitat loss, pesticides and climate change.

One of the most common bumblebee species in the US, the American bumblebee (Bombus pensylvanicus) has vanished from at least eight states and its population has declined by nearly 90% within the last 20 years.

According to the Center for Biological Diversity (CBD), the bumblebee has been completely absent from eight states, namely Maine, Rhode Island, New Hampshire, Vermont, Idaho, North Dakota, Wyoming, and Oregon. In 16 other states in the Northeast and Northwest, the species has become very rare or “possibly extirpated”. The study concluded that the “American bumblebee population has experienced declines of over 90% in the upper Midwest and 19 other states in the Southeast and Midwest have seen declines of over 50%.”

The bumblebee’s sharp decline is attributed to a combination of factors. This includes habitat loss caused by human activity, climate change, competition with non-native honeybees, the loss of genetic diversity, and exposure to diseases and pesticides.

In regards to the latter, the study pointed out that the the largest declines in bumblebee numbers “are [in] the same states that have seen the largest quantified increase in pesticide use, including neonicotinoid insecticides and fungicides.” Research has shown that chemical pesticides that are commonly used across agricultural land can disrupt bees’ natural homing systems, which makes them more susceptible to parasites.

The American bumblebee are vitally important pollinators for wild flowers and food crops in the country, as well as maintaining plant biodiversity. The staggering loss of the species could have long-term impacts on the quality and quantity of food crops, which in turn, affect national food security.

The alarming population drop has prompted the US Fish and Wildlife Service to consider listing the American bumblebee as an “endangered species”, which just a week earlier, declared 23 birds, fish and other species to be extinct. There’s also growing pressure from the public when a petition was launched by the CBD and the Bombus Pollinators Association of Law Students of Albany Law School in August urging for the species to be protected under the Endangered Species Act (ESA).

“This is an important first step in preventing the extinction of this fuzzy black-and-yellow beauty that was once a familiar sight,” said petition co-author Jess Tyler in a statement. “To survive unchecked threats of disease, habitat loss, and pesticide poisoning, American bumblebees need the full protection of the Endangered Species Act right now.”

The petition is also pushing for greater regulations and public land protections, especially in the use of pesticides, to prevent the American bumblebee from becoming extinct.

The US Fish and Wildlife Service will conduct a year-long review, evaluating the potential threats to the species, before making its decision to place it under the ESA, a protection act that provides rules and measures to conserving the species before population declines become irreversible.

Should the petition be successful, developers and farmers who kill the insects could face legal consequences and receive fines up to a maximum of $13,000 for every protected animal killed.