The Iberian Lynx Bounces Back From The Brink Of Extinction 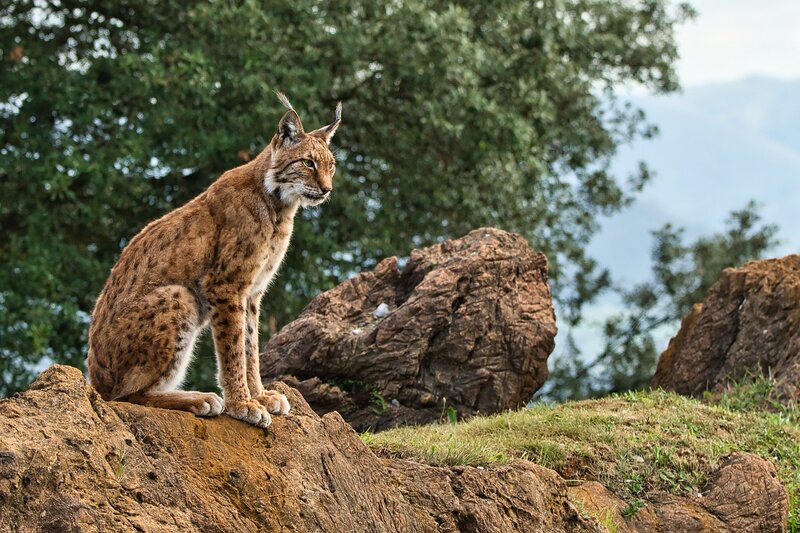 Numbers of Iberian lynx have risen from just 94 in 2002 to over 700 this year, thanks to an ongoing captive breeding programme.  In Andalucía, Spain, the largest population of lynx has expanded, while new populations have been established in Extremadura and Castilla-La Mancha, as well as Portugal, where the predator was previously extinct. As a result of the animal’s continued recovery, local reserves and communities are also benefiting from ecological restoration and economic growth.

The Iberian lynx (Latin name: Lynx pardinus) was once common across much of Spain, Portugal and southern France.  But in the 20th century, hunting and agricultural and industrial development decimated its numbers and destroyed much of its habitat, causing its population to decline by almost 90%. At the turn of the 21st century, the lynx was the most endangered feline in the world.

In 1953, the extermination of thousands of lynxes and rabbits (the lynx’s main prey) under Spanish dictator Francisco Franco’s Vermin Law (“Ley de Alimañas”) pushed the species towards extinction. In addition, outbreaks of rabbit myxomatosis in the 1950s and hemorrhagic disease in the 1980s further depleted the predator’s primary food source.

Consequently, between 1985 and 2001, the lynx’s inhabited range shrank by 87% and the number of reproductive females fell by over 90%. By 2002, there were only two isolated populations left in the world, containing just 25 breeding females.

It was around this time that the European Union decided to intervene, partnering with Spanish administrations and environmental NGOs, including the WWF, in a bid to save the species. With the support of politicians, landowners and local communities, their efforts to protect and expand lynx populations through captive breeding and habitat restoration have so far been successful, with the animal’s numbers increasing more than sevenfold in the last 18 years, and its extinction status changing from ‘Critically Endangered’ to ‘Endangered’ on the IUCN Red List in 2015.

Ramón Pérez de Ayala, a coordinator at WWF Spain, believes that this trend must continue for at least another 20 years in order to secure a complete recovery for the lynx.  “If we carry on,” he said, “if we can maintain the population growth momentum, and if luck stays on our side, we’ll have at least 750 females of reproductive age – which means more than 3 000 lynxes in total – by 2040.”

You might also like: The US Plans to Protect Twelve Coral Species in the Caribbean and Pacific Ocean 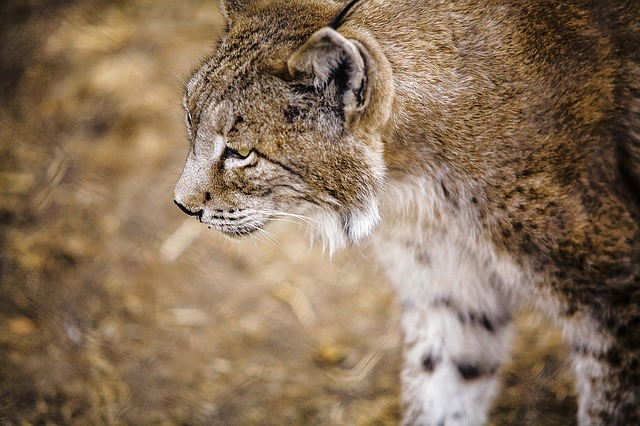 The Ecology of the Iberian lynx

The Iberian lynx is an elusive predator, native to the dense oak forests of the Mediterranean basin. It is the smallest of the four lynx species (which include the Canada lynx, the bobcat and the Eurasian lynx), and is characterised by a spotted coat, tufted ears, a forked beard and a short tail. It is most active at dawn and dusk, and prefers to stalk its prey on the borders of meadows and grasslands.

Rabbits form up to 90% of its diet. Males usually eat one rabbit per day, while females with kittens require up to three. When rabbit populations decline due to disease or hunting, lynxes turn to feeding on small rodents and birds, as well as young deer and sheep.

Like many apex predators, the Iberian lynx plays a crucial role in maintaining equilibrium within its ecosystem, and is therefore considered a keystone species. A healthy lynx population typically keeps the numbers of other medium-sized rabbit-eating predators (such as foxes and mongooses) in check through competition, helping to regulate a stable rabbit population; conversely, low numbers of lynx can see the populations of these other predators explode, placing immense pressure on the rabbit population and threatening their survival.

A range of factors threaten the survival of the Iberian lynx. Agricultural development and the construction of dams, motorways and railways represent one of the largest threats, as these are often the primary drivers of habitat destruction and fragmentation. The conversion of native forests into commercial plantations without dense undergrowth can also limit the lynx’s capacity to survive in previously inhabited areas. Other major threats include hunting (despite being illegal since the 1970s), road accidents (34 lynx were killed by cars in 2019), traps set for other predators and the decline of rabbit populations.

Since 2002, the lynx recovery programme has endeavoured to mitigate these threats by restoring lynx populations and habitats in Andalucía, Extremadura, Castilla-La Mancha and Portugal, and stimulating the growth of rabbit populations to enrich ecosystems. The latest phase of the programme is the 5-year Life Lynxconnect project, which began in 2019 and has a budget of €18.8 million, partially funded by the European Union. This project aims to create two new populations in Granada’s Sierra Harana, while geographically connecting existing populations in order to increase their genetic diversity.

Javier Salcedo, the project’s leader, believes that genetic problems which derive from inbreeding can be avoided by facilitating the flow of genes between isolated populations. “We need to see an exchange of animals that will give us an exchange of genes,” he says. It is hoped that genetically-viable, self-sufficient populations will be more resilient to the threats posed by human development and climate change in the future.

The resurgence of the Iberian lynx continues to benefit the broader sphere of Mediterranean conservation.  Over the last 18 years, local ecosystems have been aided by habitat restoration, fund-raising and community education, while new jobs in tourism and leisure have been created and local economies have grown. But the conservation of the lynx is not just an ecological or economic necessity – it is also a moral one. As Pérez de Ayala points out, “Every species has an intrinsic value that can’t be lost – it would be like demolishing a cathedral. On a more emotional level, the lynx is a jewel and a thing of beauty to behold.”

The wider implications of the lynx’s recovery raise two important questions: Is enough being done to protect and restore the rest of the Earth’s endangered species? How much could both humans and nature profit from their prosperity?