The Last Chance to Save Madagascar 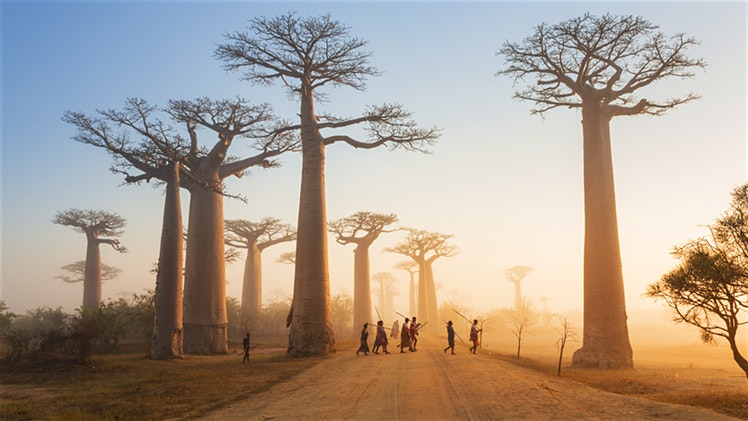 To save forests in Madagascar, experts suggest five policy measures to protect biodiversity and ensure the sustainable development of the country.

Scientists from across the globe have urged Madagascar’s new President Andry Rajoelina to prioritise conservation of the nation’s forests and biodiversity. Because, they have said, this is the last chance for the Indian Ocean island nation to save its unique forests–home to rare plants and animals found nowhere else in the world.

A new collaborative study led by a team of 16 researchers, published in Nature Sustainability, proposed five policy measures for the government to implement.

The scientists from the UK, Madagascar, Australia, the US and Finland said that they are ready to help Rajoelina to save the country and its wildlife.

“The time has come for action,” said Professor Ratsimbazafy, one of the researchers. “It’s not too late to turn things around in Madagascar. But it soon will be.”

The research was funded by the International Union for Conservation of Nature (IUCN), the World Wide Fund for Nature (WWF) Madagascar, and World Resources Institute.

An earlier study on forest cover, published by the French Agricultural Research Centre for International Development (CIRAD),  showed that 44% of natural forests of the island nation had been lost since the 1950s. The remaining forests are highly fragmented with the rate of deforestation increasing rapidly since 2005.

The authors pointed out that corruption and economic instability harmed the environment.  “The destruction of the biodiversity in Madagascar benefits few; those who profit from rosewood trafficking, illegal mining in protected areas, or the prohibited trade in species like our Critically Endangered tortoises,” said Dr. Herizo Andrianandrasana, a leading Malagasy conservationist and the country’s first doctoral graduate in Oxford University’s 800-year history. “However, the costs are widespread and affect all Malagasy.”

Professor Julia Jones of Bangor University, who led the study said that Madagascar is one of the poorest countries on the planet and the conservation efforts must benefit, not harm, local communities. “More than 40% of children under five are stunted due to malnutrition in the country. There are more people living here in extreme poverty than almost anywhere else on Earth,” she said. “Conservation, therefore, needs to contribute to, and not detract from, national efforts targeting economic development. It must not make situations worse for the rural poor who are so often marginalised in decision making.”

Madagascar relies heavily on foreign aid to support its economy and fund conservation. In 2016, a group of donors and investors announced financial support of $6.4 billion for the country, about half of which is earmarked for infrastructure development.

However, the authors argued the constant flow of aid is not enough. “No amount of international aid can solve Madagascar’s biodiversity crisis. Sustained commitment from the national government is essential,” the paper said. Conservationists also fear that rapid infrastructure development could give rise to greater environmental damage and biodiversity loss in Madagascar. The authors say the government must do everything it can to limit the impact of these projects on biodiversity.

Boosting the tourism sector, as the President plans to do, may benefit local people and drive economic growth—provided the country’s biodiversity is effectively protected.

The scientists are hopeful the new government will change the fate of Madagascar implementing their policy recommendations. “Since his election, President Rajoelina has given positive indications that he recognises the importance of Madagascar’s biodiversity,” said Professor Jones, adding that they would submit a copy of their research paper to his cabinet.

Madagascar is the oldest island in the world. Separated from the South Asian landmass about 86 million years ago, it hosts a plethora of plant and animal species found nowhere else on Earth, including at least 100 species of lemurs.

“The US has the Statue of Liberty, France has the Eiffel Tower,” said co-author of the paper Dr. Jonah Ratsimbazafy, University of Antananarivo. “For us in Madagascar, it is our biodiversity–the product of millions of years of evolution. It is the unique heritage we are known for around the world. We cannot let these natural wonders disappear.”